Rousing tales from Isley’s spirited past 3 – I said fuck on the bus. 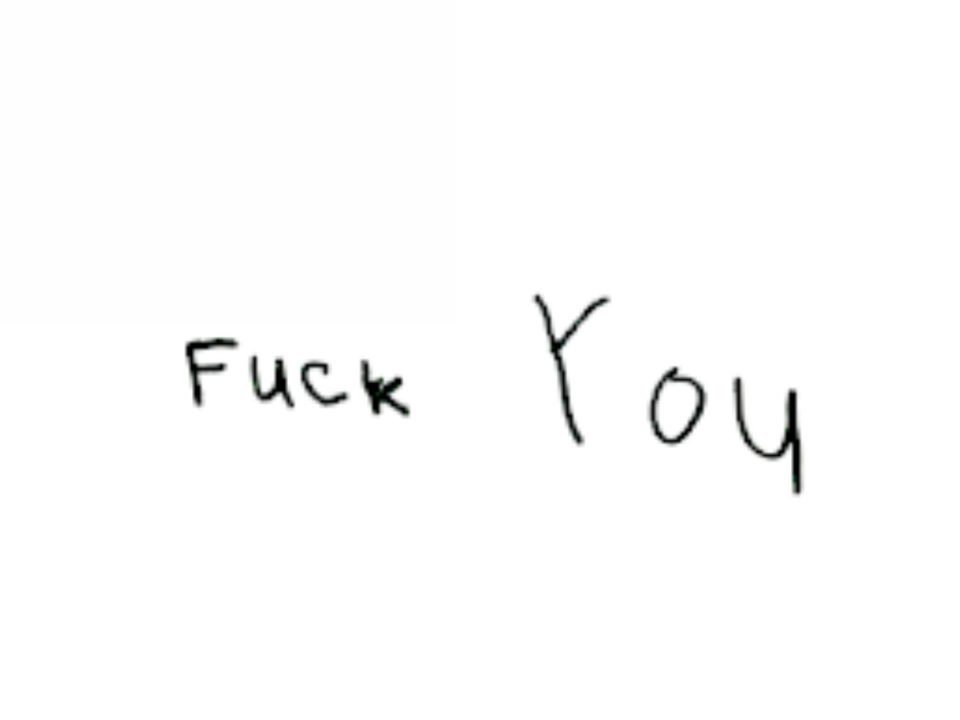 Today’s tale comes all from all the way back when Isley was a wee lad of six years old. Now I realize I just posted a “rousing tale from Isley’s spirited past” yesterday, but in case some of you were thinking that 13 year old Junior High Isley sounded like a bit of an ass, I just thought I should post proof that 13 year old Isley had actually mellowed quite a bit since his hell raising days as a first grader: 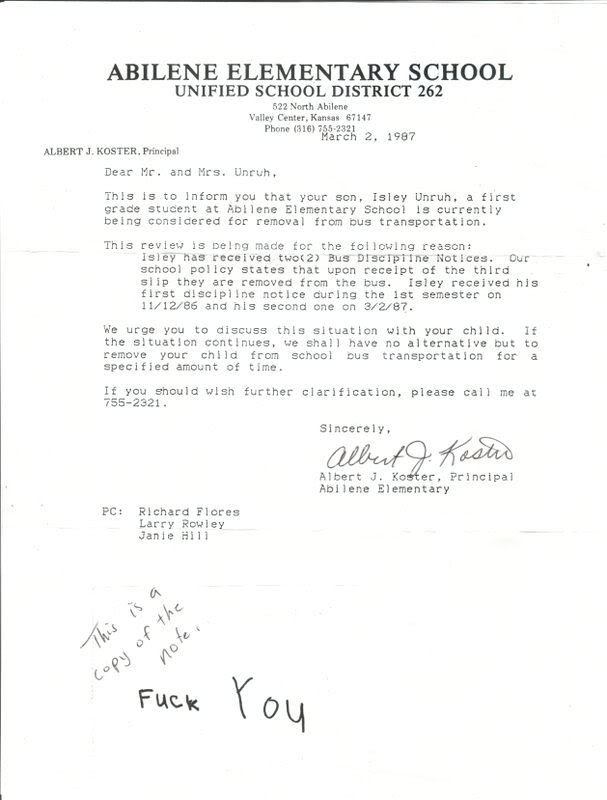 I think I’ll let that picture speak for itself…though that is the cutest “fuck you” note I have ever seen.

The best part of this incident was when they had to call my dad (my poor parents…they had to put up with a lot of calls from the school…and special meetings with the guidance counselors). The principal put me on the phone and told me to tell my dad what I had done. This exchange took place:

Me: [in my super high pitched six year old voice] Uh…Mike (I have always called my parents by their first names…started when I was very little…they thought it was cute and never told me not to)…uh…I wrote “fuck” on the bus.
Mike: [thinking to himself: ‘awww’] What was that Isley, what did you write?
Me: I wrote “fuck” on the bus.
Mike: [giggling] You wrote what?
Me: fuck
Mike: [still giggling] I’m sorry, what?
Me: fuck
Principal: Um…Isley let me take the phone.

My dad also used to sign my sister and I’s permission slips in careful cursive with a heart over the “I” in his name. And yet my mom is actually “the ornery one”…these stories are probably starting to make more sense now.