L’Avventura – A Study in Alienation 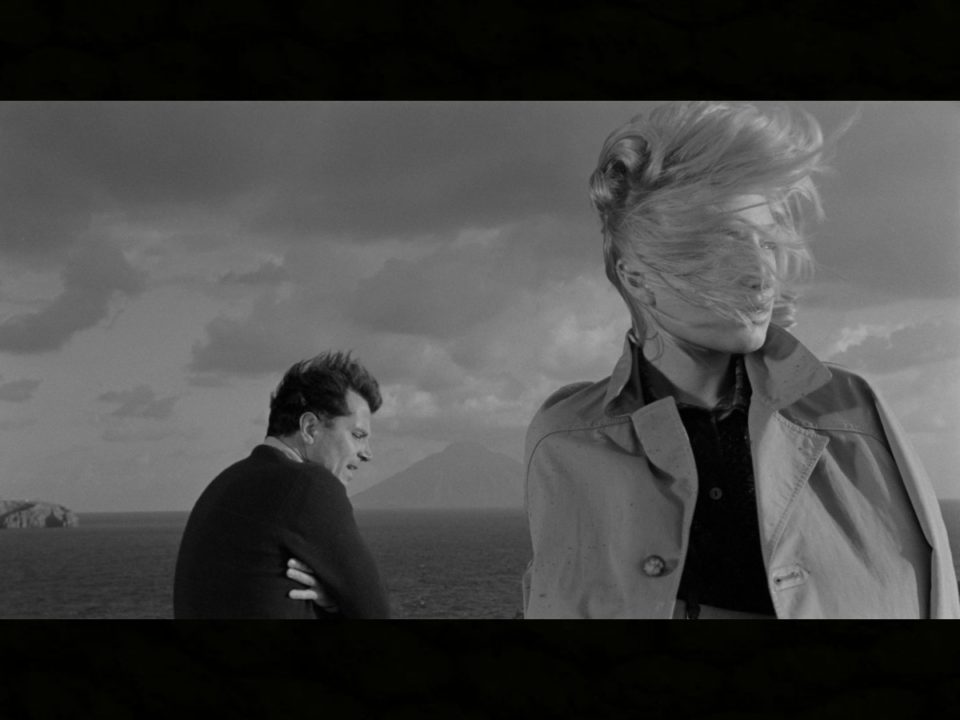 Another one bites the dust. One day after Bergman’s death, elite European director, Michelangelo Antonioni, has died as well. I’m not a superstitious man, but it seems beyond a coincidence that after my European Film Fun Facts blog post this weekend, two of the directors mercilessly mocked therein have now died (though again, my Italian broadside was not just directed at Antonioni). Bottom line, Rohmer, Herzog, if you are reading this, it was all in jest! There is no need to end it all! But on to my Antonioni memorial/apology blog post (because if I don’t post this on the same day as his death, the terrorists will have won…I’ll get back to my once a week blog posting schedule as soon as all my favorite living directors quit dying)

Finally, I’d like to add that while L’Avventura really is a great movie, it doesn’t quite make my favorite movies ever list like most of these “awesome movies” do. Blowup is actually my personal favorite, but since Ebert wrote a review that I think was pretty much right on, I went ahead and wrote about my second favorite Antonioni film. So check out the Ebert review HERE…sure he seems to like every movie, but he can be insightful about the classics too!

L’Avventura seems to be about as different of a movie from Scenes from a Marriage as it is possible to be. Yet they do share a common ground, namely humanity’s quest for love and understanding and the seemingly insurmountable obstacles that lie in the way. But whereas Bergman’s film has moments of true warmth and happiness, Antonioni’s L’Avventura is as brutally cold as a Scandinavian winter.

Plot summary is not entirely important (and would spoil potential suprises), suffice to say that the movie is uniquely structured and may not proceed the way you expect it to. There is a mystery, and romance; but not in any traditional sense. The men and women of this film stumble through a loveless, desolate Italy, occasionally pausing for forced, wretched couplings. Alienation and the inability for humans to connect to one another have never been so painfully presented in film.

While discussing the guilt felt in betraying a mutual friend a woman asks “How can it be that it takes so little to change, to forget?” to which the man responds, “It takes even less.”

Before one of the films many desperate scenes of impersonal copulation the woman cries out in a fit of existential despair, “I feel as though I don’t know you!” to which the man responds, “Aren’t you happy? You get to have a new fling.”

The film is so brutally cynical about friendship, love and human interaction that it feels unreal. Strange alien landscapes, magnificently filmed among the rocky islands around Italy serve to underline the insurmountably barren distances between the characters. And as they grope and fumble for some kind of connection in the darkness that surrounds them, the viewer is pulled into their mire as well.

When they are not desperately searching for some kind of connection with each other, the characters struggle to come to terms with their own absurd existence. A man knocks over a bottle of ink, destroying an art student’s in-progress drawing. A woman makes faces in a mirror at herself. Another woman pretends to see a shark in the ocean she is swimming in. None of these distractions are remotely successful.

By the time the film has reached its unbelievably cynical ending (dependant on one of the most effective uses of a musical score in film history), it becomes clear. These people have lost their way.

This overwhelming bleakness seems like it would create an unbearable viewing experience, but there is a truth to it all as well. Companionship is a basic human need, and it can often seem impossibly difficult to form any real connection. However, what is important is that it only seems that way, it is not impossible. Antonioni has shown us only one possible outcome. By watching a movie filled with people slouching towards oblivion, unable to form even the most basic human bond, the mind rebels. There must be another way…