The Lord of the Rings: A critical reevaluation. 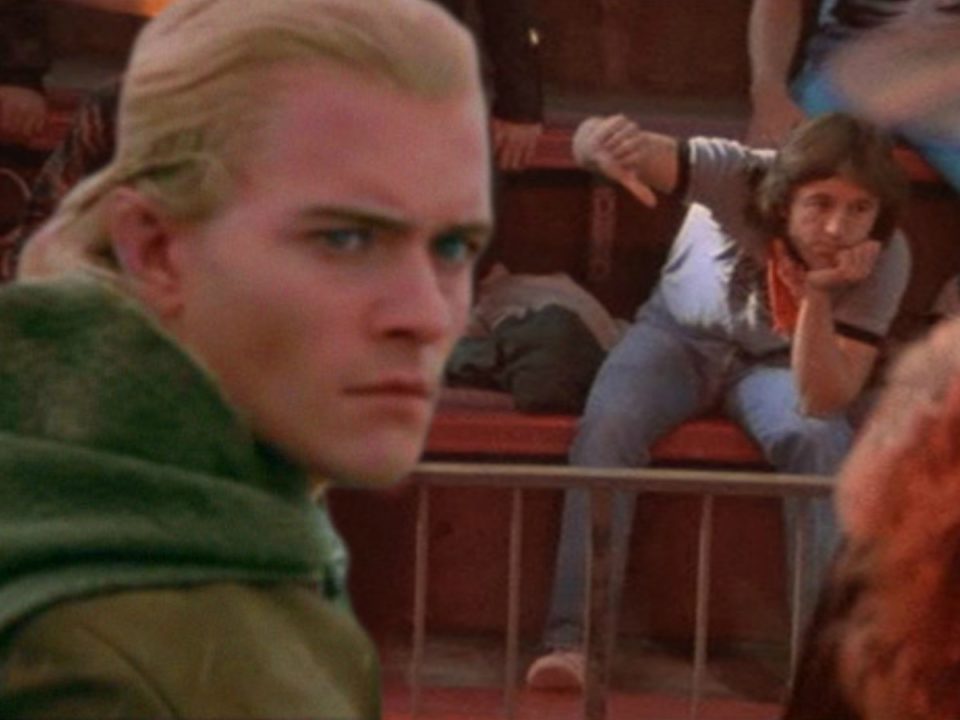 It’s a secret to no one that I’ve always been a bit of a Lord of the Rings fan.  I mean, hell, between my book collection, the 15 or so Tolkien themed board games I own and the massive map of middle earth in my living room that has been impressing the ladies for years now, to call myself “a bit of a fan” is a massive understatement.  What is actually a bit of a secret is that I haven’t read the book since elementary school.  Thus, when I realized that my own interest in The Lord of the Rings had been flagging as much as the readership to Middle Earth Monday, I figured I’d bust out my leather bound 50th anniversary edition and just reread the damn thing to remind myself why I like it so much.  Sadly, like so many before me, I found that this time I wasn’t even able to make it out of the Old Forest.

It was quite the paradigm shifting experience to revisit something I had always claimed to be “my favorite book in the whole world ever” with adult eyes.  I’ve been putting off writing this post, but, because I will cancel Middle Earth Monday next month due to my reevaluation of the worth of Tolkien’s work, I figured some explanation was in order.  The problems I encountered with the text were many, but let’s start with the big one: It’s fucking boring!

I’m serious, it says wonders about my attention span as a child that I was even able to get through the damn thing in elementary school.  And no, I wasn’t kidding about not even being able to get through the Old Forest section this time around.  After having forced myself to read all the way through an interminable birthday party and homoerotic bathtub sequence, the Hobbits finally got out of the Shire only to wander around a forest distinguished from the earlier forests only by having more trees.  I’ve joked before about the people that talk about The Lord of the Rings being nothing but walking around and looking at trees, but goddamn if they weren’t right.  I realized I was 150 pages into the book and, aside from getting chased by some dogs and getting sniffed at by a black rider, passages like this were about the extent of the excitement:

“The leaves were all thicker and greener about the edges of the glade, enclosing it with an almost solid wall.  No tree grew there, only rough grass and many tall plants: stalky and faded hemlocks and wood-parsley, fireweed seeding into fluffy ashes, and rampant nettles and thistles.  A dreary place: but it seemed a charming and cheerful garden after the close forest.”

Every goddamn thing in the book seems to be defined by its trees or lack thereof.  Even when they finally get to Mordor all they end up doing is (spoiler alert) walking around and looking at rocks.  A mere 150 pages into my “favorite book of all time” and I was already ready to give up.  So, I skipped ahead to the attack of the Balrog scene to see if the books were able to equal the thrilling enchantment and wonder that the movies had brought to that scene.  To my great disappointment, I discovered that the whole Balrog confrontation was barely two pages long.  The most iconic scene in the book and it lasts two fucking pages.  But don’t worry, he spends the next 50 pages walking around a new forest looking at more trees.

Granted, some people don’t mind a glacial (and, with Tolkien, we’re talking ice age glacial) pace. However, Tolkien’s  issues run far deeper than that.  Let’s start with the atmosphere.  This is fantasy we’re talking about, a book full of wizards, elves and shit.  So why does it feel like Tolkien’s imagination is colorblind?  Every goddamn day is nothing but grey clouds and rain in the book!  I know it takes place in the fall/winter, but still, why so dreary dude?  No wonder J. K. Rowling is kicking Tolkien’s ass with the new generation of readers; her books actually have a sense of vitality and life to them instead of smelling like something I’d find in my grandma’s basement (which, by the way, is exactly where I found my first copy of The Lord of the Rings).  Sure, there is one spot of [blue and yellow] color in the series: Tom Bombadil.  But I think even the hardcore Tolkien fans will admit that the less said about that character the better.

With what does Tolkien populate this gloomy world of trees in various shades of grey and darker grey?  A collection of the most paper thin “characters” ever to grace the pages of a fantasy novel (a genre not necessarily known for its depth of characterization in the first place).  Want to skip the book and just have me tell you what the Fellowship is like?  Easy:

It’s too bad that J.R.R. Tolkien died long before the publication of G.R.R. Martin’s Song of Fire and Ice, a series with 10 times the depth of characterization that can be found in The Lord of the Rings.  Maybe had he read that far superior work he could have spent his life on something more worthwhile than the 1500 page story of Whiny McWhinerson and his faithful man-slave.

None of this is helped by the hilariously bad dialog either.  The characters in The Lord of the Rings sound like aliens who learned English from garbled satellite transmissions of Deadwood and Red Sonja.  Just listen to this shit:

‘Grievous is our loss,’ said Legolas. ‘Yet we must needs make up our minds without his aid. Why cannot we decide, and so help Frodo? Let us call him back and then vote! I should vote for Minas Tirith.’

Every line in the book sounds like some primitive step in the evolution of Yoda’s unique manner of speaking.   A renfest douchebag says, “Our loss is grievous.”  Legolas says, “Grievous is our loss.”  Yoda says “Grievous, our loss is.”  Sadly, Tolkien’s dialog is a lot closer to renfest douche than the badassery of Yoda.  Like the always perceptive Kevin Smith says, “there’s only one Return, and it’s not of the king it’s of the Jedi.”

I could go on and on (I mean, does ANYONE actually read those poems? Why would you name two seperate major characters Sauron and Saruman?  Can you say “Gandalf ex machina?” And, seriously, Tom Bombadil, wtf?) but the bottom line is, I have no idea how I could have been so enamored of The Lord of the Rings back in elementary school.  Like I said, further Middle Earth Monday posts will be canceled (I will likely switch to a general fantasy segment, or maybe even something on the very rich Harry Potter universe which I have yet to fully explore).  Lord of the Rings: The Lost Chapters, due to its satirical nature may continue, though frankly, at this point the thought of cracking the pages of The Lord of the Rings, even for the purpose of ridicule, just exhausts me.  Worst of all, I have finally come to realize that learning Elvish may not have been the most productive use of my time.

Thus, heavy is my heart as I say Namárië to a book that I now realize long has been the Wormtongue to my Theoden.

Alright, who hijacked Isley’s site and wrote this? Seriously, it is not funny.

May I recommend a book which sounds far more exciting?

Yeah, I recently started re-reading HP and realized it totally *is* just gay wizards, unicorns, and uninspiring descriptions of Quidditch (worst sport ever?). I feel your pain.

Grr Martin can suck it. Also: I am pretty sure that I have figured out why you love LOTR so much – you’ve clearly got some kind of crazy hard-on for trees. Well played.

Heh, that’s what you get for being online at 7:15 on April Fool’s day…I knew I’d have to get up pretty early…

I don’t know, I got about 150 pages in and couldn’t get past the sodium acid pyrophosphate derivitives section.

There’s got to be a “hardwood” joke in here somewhere. And were you not reading the post? I haaaate LOTR, I don’t love it!

Look, I don’t want to have the “who would win in a fight: Nazgul or Dementors” debate *again.*