Teddy roosevelt and the rough riders?

Ok, I know this is about as obvious as that recursion joke I made last month, but I’m going for it anyway.  So, yes, since you asked, I was able to come across a picture of TR and the Rough Ryders.  I believe this was taken before Teddy’s ongoing legal troubles led the band to replace him with DMX: 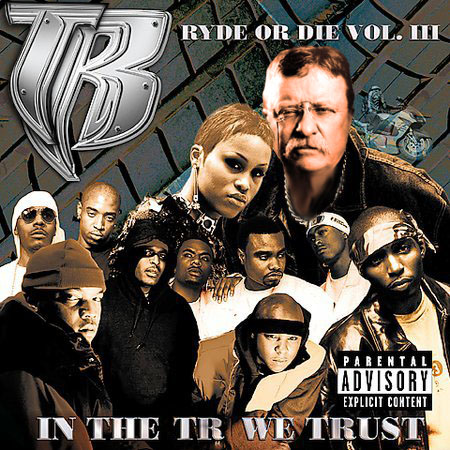 Also, that album cover looks shopped.  I can tell from some of the pixels and from having seen a lot of shops in my time (not to mention the TR photobomb)…and also because of the giant Eve in the back row.

It’s no secret that I have the entire Jock Blog saga planned out pretty far in advance, so yeah, I’m actually almost done with work on Jock Blog 30.   Jock Blog 30 takes place in the aftermath of the tumultuous events of Jock Blog 28 (and, of course, the Giant-Sized Prom Crossover Special) where Chris, misunderstanding the name of the “Caco” Daemon that Khaine summoned down upon the unsuspecting prom-goers, finally unleashed the emergency “shitpocalypse” shitbox that he had been saving up for the past 4 years.

Chet was forced to go underground with Khaine’s resistance forces in the boiler room for the last chapter as Chris has solidified his hold on the central sections of Center Valley high school.  As Jock Blog 30 begins, the Homeland Security quarantine is still in full effect, but, as per the events of Goth Blog 29, Khaine has decided to try to convince Chet to venture out and terminate Chris’ reign on the central sections of the school with extreme prejudice.

Anyway, since you asked, I suppose it wouldn’t hurt to give a quick sneak peek to whet your appetite.  So here is day one of Jock Blog 30 – Shitpocalypse Now:

The boiler room. Shit. I’m still only in the boiler room with my faggy brother and his friends. Every morning I think I’m gonna wake up back in the middle of the prom. I’m here a week now… waiting for a mission… getting softer.  And not softer in a faggy way, but more in a getting your ass kicked by Todd Berkfelt way, which, I guess, would be kind of faggy so maybe I am turning homo after all.  Every minute I stay in this room, I get weaker, and every minute Chris squats over his shitpocalypse box upstairs, he gets stronger. Each time I look around the walls move in a little tighter.  I can still hear the screams of my classmates at prom, running, shreeking, as Chris laughed like a madman tossing huge handfuls of shit from his shitpocalypse box everywhere.  The horror.  The horror.

Food is low, and the drinking water is no longer safe on account of because of Chrises shitwater surprise attack two nights ago.  But even worse, my gay ass brother and his friends made me play some kind of homo “house” game with them last night.  I had to dress up and pretend to be an elf or something while they ran around and threw tennis balls at me.  I’d kick all their asses except they all got those foam swords and shit that hurt a lot more than you think.

Anyways, on account of because the smell is starting to get in here even though we’ve got like 20 wet towels over every entrance, and on account of because it’s a total sausage fest down here (except for that weirdo Thorn chick that always spits on me) I’ve agreed to my brothers request to take Chris down with extreme prejudice.  I don’t know what that means, but knowing my brother thats probably pussy talk for “whip his ass”.  I’m bringing along a shitbox too just in case.

How many people had I shitboxed myself? There were those six that I knew about for sure. Close enough to blow a fart in my face. But this time, it was a senior and one of the guys. That wasn’t supposed to make any difference to me, but it did. Shit… shitboxing one of your own in this place was like stinkfingering a librarian…you just don’t do it. Still, I took the mission. What the hell else was I gonna do?

I was going to the worst place in the world and I knew it. Minutes away and dozens of steps up a staircase that snaked through the shit covered school like an “Alaskan pipeline” shoved straight into Chrises dirty hole. It was no accident that I got to be the caretaker of Chrises memery any more than being stuck in the boiler room was an accident. There is no way to tell his story without telling my own. And if his story really is a confesion then so is mine.

I just better not end up getting shitblasted in the face again.

Lord of the rings text?

It’s not often discussed, but Númenórean technology actually created a primitive iPhone around the middle of the Second Age.  Some of these phones have been discovered, and the text messages that were recovered were quite telling.  I’ve decided to go ahead and release a few of the more intriguing messages here for the first time in response to your question: 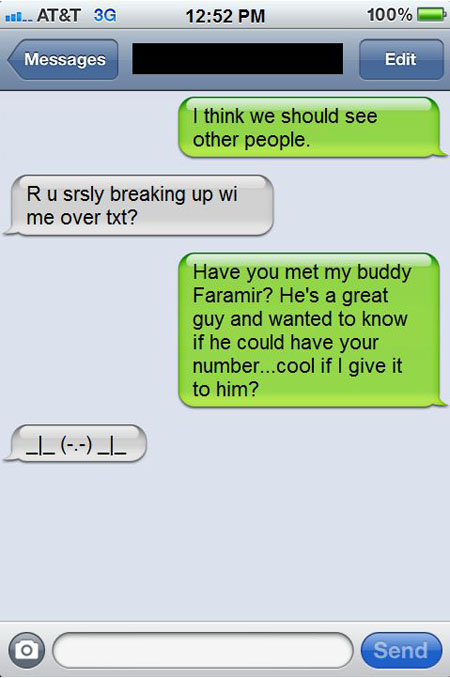 Faramir shouldn’t feel too bad about being second choice for Eowyn.  She was a lot cooler than Arwen, so, I’d say it’s Aragorn’s loss. 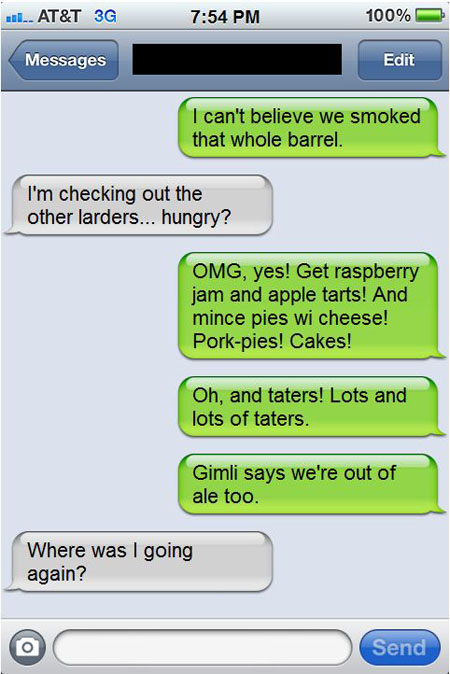 You know something like this totally happened on pretty much a nightly basis back in the Shire. 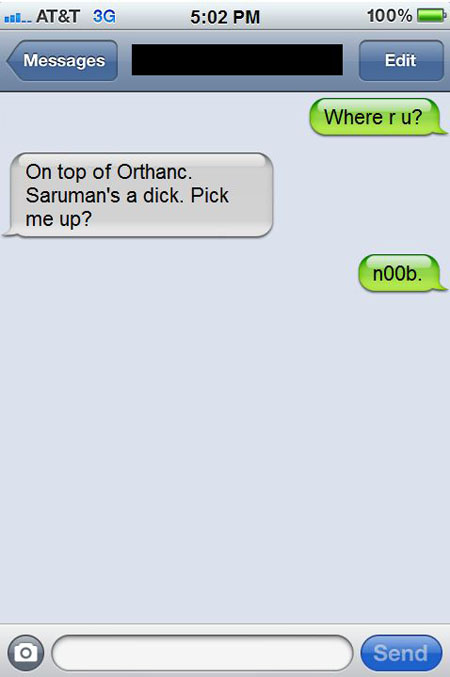 I’m sure Círdan was starting to doubt his assessment of Gandalf’s wisdom when word got back to him about the Isengard debacle.

Sam to The Gaffer 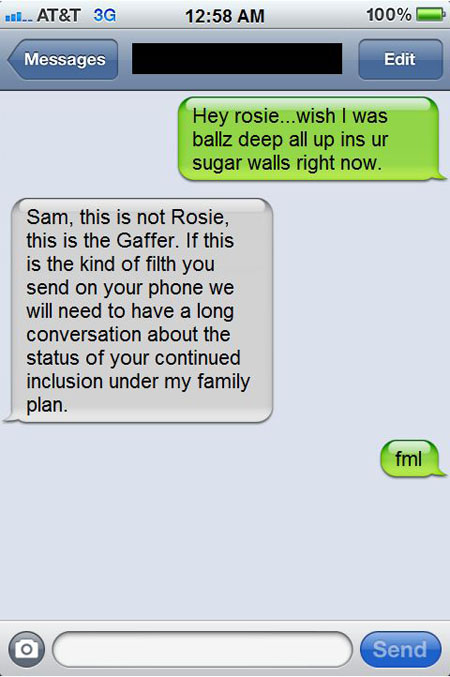 Despite all his talk, many in the shire doubted Sam’s claims of having “hit that shit” prior to leaving on his quest. 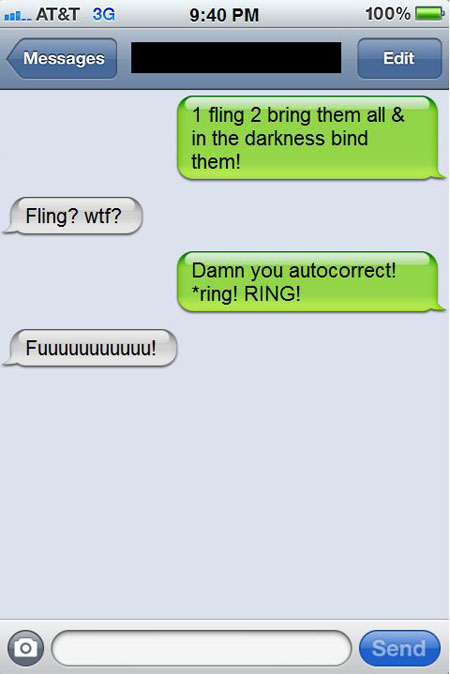 I don’t know why no one has made a “fuuuuuu” cartoon about Celebrimbor finding out Sauron wasn’t such a great partner for his jewelry business after all.

Damnit, I don’t know how many times I’ve heard this, but no, Mercyful Fate is not black metal, classic or otherwise!  They aren’t the same at all!  Completely different! I mean, it’s totally obvious!

So, for the last time, just to prove this once and for all, this is black metal:

This is Mercyful Fate:

As a being now possessed of a human body
In this world I swear to give my full
Allegiance to its lawful master.

To worship him our
Lord Satan and no other

In the name of Satan, the ruler of Earth
Open wide the gates of Hell
And come forth from the abyss
By these names: Satan, Leviathan, Belial, Lucifer
I will kiss the goat 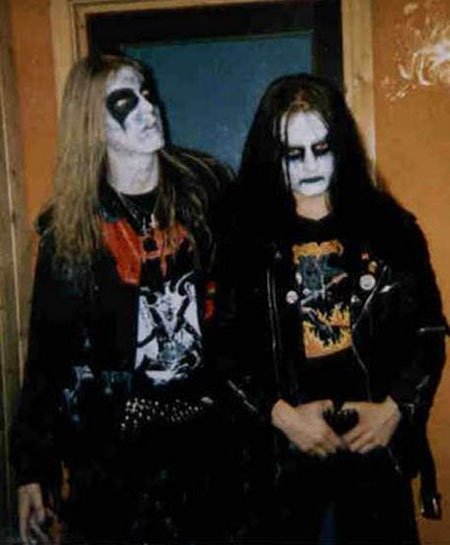 And this is Mercyful fate: 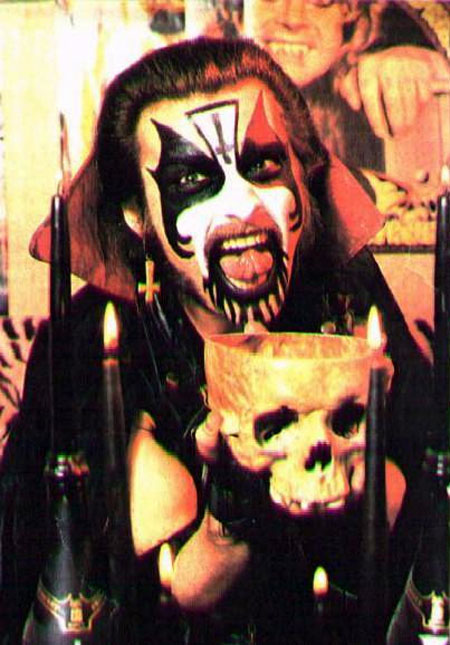 God damn it!  Ok, one last time, this is Black Metal:

This is Mercyful Fate:

Ah, there we go, I knew there was a reason I get so pissy when people call Mercyful Fate black metal.  2 out of 3 just doesn’t count if you know how to play your instruments.

Boy, I know this should make me feel kind of demeaned, but honestly, I’m kind of flattered.  So, sure, I’m feeling a little adventurous today and I’ve got access to a copy machine, here you go: 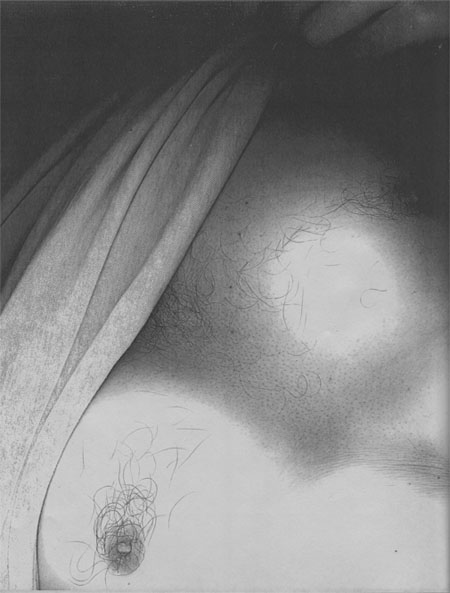 I was a little worried about someone walking in on me getting this photocopy, but I suppose this is far from the most inappropriate thing I’ve ever done with a copy machine.  Speaking of, I still giggle to think about the poor soul who found the photocopy I left in the emergency eye wash station after I quit my job as a taste tester at the candy factory.

“I don’t know why no one has made a “fuuuuuu” cartoon about Celebrimbor finding out Sauron wasn’t such a great partner for his jewelry business after all.” Brilliant. You would have gotten full marks for a First Age joke, but you can’t win ’em all.

I can also imagine Gandalf texting Glorfindel for some tips on dealing with a balrog:

Glorfie: “Sweep the leg!! Put him in a body bag!! Do you have a problem with that?!”

hah, awesome. I actually had a Balrog joke at first, a “who threw the rock?” text from the Balrog to Pippin. It was kind of reaching though, so I left it out.

Yeah, the balrog having Pippin’s digits is a little far-fetched, doncha think? “Yo, dude, I don’t KNOW you, I just went to gym class with you.”

Because obv realism is of utmost importance in a post about LotR characters texting each other.