The questions I get on Mailbag Monday often confuse me, and I really didn’t know what to make of this one.  But then I realized that “wort” is the German word for, well, “word,” and you were asking for black metal album titles that had the german word “wort” in the title.  I hoped to make a top five list, but I was only able to find two black metal albums with “wort” in their title anywhere!

Though, Einspruch is more RAC (“Rock Against Communism,” a cute way to say “racist rock/punk/folk influenced music”) than black metal, but still, the aesthetic is close enough.   Grabnebelfürsten is more straightforward black metal–and not too bad really.

Then I started to think, wait, maybe the person who sent this question in just didn’t know how to spell “wart” and they wanted to find a black metal album title with wart in it?  Sadly, in the entire realm of underground metal I only found one band that used the word “wart” in their album title.  That band, of course, is Wart Atrocity on their self titled demo: 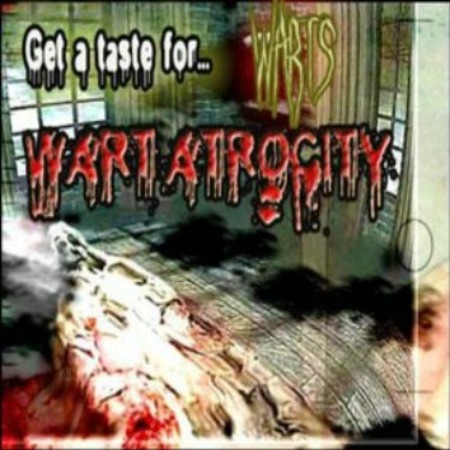 And, obviously, the complete lack of a predominantly monochromatic color scheme and old english font (along with the gruesome cover) tells us this is not black metal without even having to hear the album.

I was ready to admit defeat when I had one last idea.  What if the “worts” was just a typo for “worst”!??  Suddenly it all made sense, I could come up with a Top Five Worst Black Metal Album Title of All Time” list in my sleep right?  Think again.  As a self professed dude who is “all gay for hobbits and shit,” I just couldn’t bring myself to shit on any black metal album title…they are all just so goddamn epic! 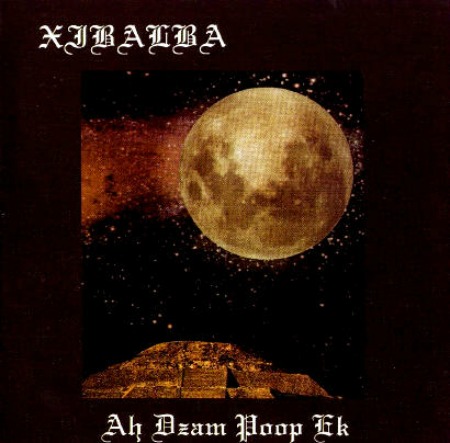 Now, I know they are doing the whole evil Mayans thing, but I’m sure they were aware of what “poop” meant in English.  Thus, since they chose to go ahead with the title anyway, they will forever be known as “the band that has the album with poop in the title.”  Even the whole title sounds like someone who is afraid to curse saying “ah damn poop heck” after accidentally hitting their thumb with a hammer.

Did you not see the picture of the Worst Black Metal Album Title of All Time in the previous post?  I’m pretty sure that is as close as you are likely to get at getting this one answered.  I’ve been burned by an unfiltered google image search too many times in the past to even attempt this one.

What’s that? I have a duty to my readers to look up horrible shit (pun intended) on the internet?  Oh fine, here we go, safe search “off” and…

Not that bad.  First hit was this (adorably titled “snoopy snoopy poop dog”): 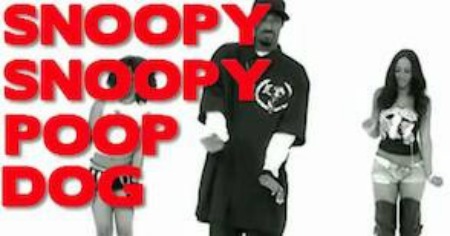 Even better, want to know what the fourth hit was?  None other than a picture (from Mailbag Monday 20) of Sweet Johnny B having a dick fart a bunch of tiny dicks at him: 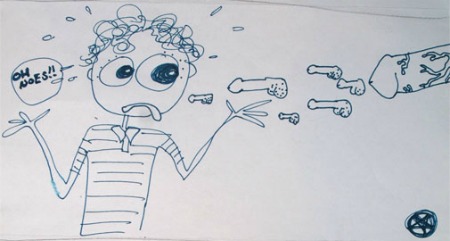 I’m going to call that a www.isleyunruh.com win!  …actually, it’s more of a www.ablogisatreat.com win considering Jessica is the one who drew the picture!

Though I’ve never published the instructions,  I’ve actually come up with a pretty convincing origami palantír model.  For those who can’t be bothered to read though every Middle Earth Monday post for the last two years, a palantír is kind of like the Lord of the Rings version of a crystal ball (only, obviously, way better).  Anyway, here’s my most recent version: 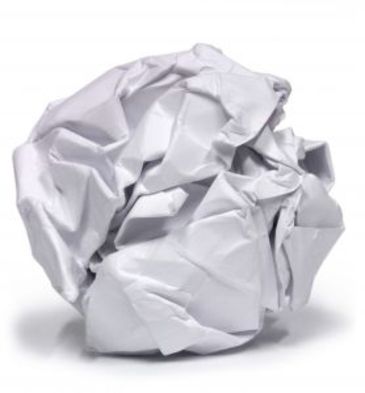 The great thing about this palantír model is how versatile the folding sequence is.  In fact, it is so versatile that I have been able to turn pretty much any base I want into this model with just a few seconds worth of folding.  Again, I don’t have the instructions drawn up, but did go ahead and take a picture of the unfolded model for those of you who are good at folding models from the crease patterns: 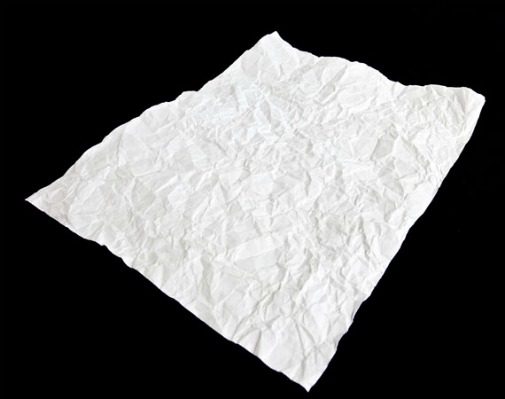 Hope that was helpful!

Lord of the Rings nothing but walking?

Damnit, if I have to hear one more person claim that The Lord of the Rings is nothing but walking around looking at trees I’m going to lose my damn mind.  But, to attempt to lay this claim to rest, I decided to just grab my copy of The Book, open It to a random page, and see just how much walking is really going on:

As they spoke thus, the Company filed slowly along the paths in the wood, led by Haldir,

There, as you can plainly see, this TOTALLY RANDOM sentence happens to be about filing, not, by any means walking.  What’s that you say? Read on? Finish the sentence?  Um…

while the other Elf walked behind.

Ok, fine, but you just got lucky, let’s check out the next sentence, I’m sure that will have less walking:

They felt the ground beneath their feet smooth and soft, and after a while they walked more freely, without fear of hurt or fall.

Being deprived of sight, Frodo found his hearing and other senses sharpened. He could smell the trees and the trodden grass. He could hear many different notes in the rustle of the leaves overhead, the river murmuring away on his right, and the thin clear voices of birds in the sky.

Ok, so, no walking there, but I suppose one could claim that this section does involve a fair amount of looking at trees.  I will counter that, due to Frodo being blindfolded, he is not actually “looking” at trees at all.  Anyway, one more sentence.

He felt the sun upon his face and hands when they passed through an open glade.

HAH.  Told you.  No walking at all, all they did was PASS through a glade as if they were rain on a mountain.

Thus, based on this exhaustive sample, I think we can conclude that the Lord of the Rings is only half about walking, the other half is about filing, passing, trodding and sashaying.

Ah, so you have heard of my solo black metal project have you?  That’s right, in a fit of narcissistic glee I have decided to create a one man black metal band named after, none other than, myself.  Of course, the first step in creating any good black metal band is to make yourself a kick ass logo.

Now, there are a few rules you need to follow when creating a black metal logo:

With these rules in mind, I set to work.  The first thing I noticed was that the first two letters “un” and the last two letters “uh” had a pleasing reversed symmetry that would be PERFECT for a black metal logo (with, of course, the “r” in the middle).  Sadly, my first attempt to make use of the reversed symmetry just ended up making semi-swastikas (which, as discussed above, would be rather in keeping with the current state of the black metal underground, but I would prefer to just stick with Satan for my band): 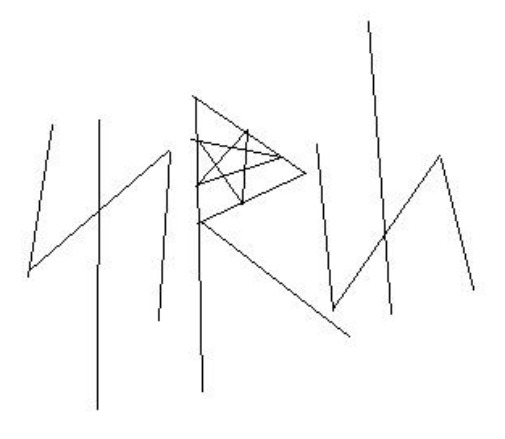 Not to be deterred by a brief fascist setback, I returned to the drawing board.  This is when inspiration took hold of me and I realized that a 666 is the thing to catch the level of evilness I want my UNRUH logo to have!  After finding a compass and a ruler I had a decent working prototype drawn up:

However, that was a bit too bland for a real black metal logo.  Thus, I added a torch, some of those Baphomet snakes, a pitchfork and some scythes.  In black metal logo design there is no such thing as “too much silly shit”:

So there you have it!  Extra points for having the blasphemy hat trick of a pentagram, upside down cross and 666 all in the same logo!  I do worry that it’s a little too clean and readable (if, for some reason, you can’t read the “unruh” in the logo, just mouseover the image to see where the letters are), but for now I figure this will do.  And, since we were talking about the worst black metal titles ever, I thought I’d go ahead and show you how to make a black metal album with a totally badass and/or sweet title.  So here, for the first time ever, is the the title of the upcoming album by the most unholy of all black metal bands, Unruh: 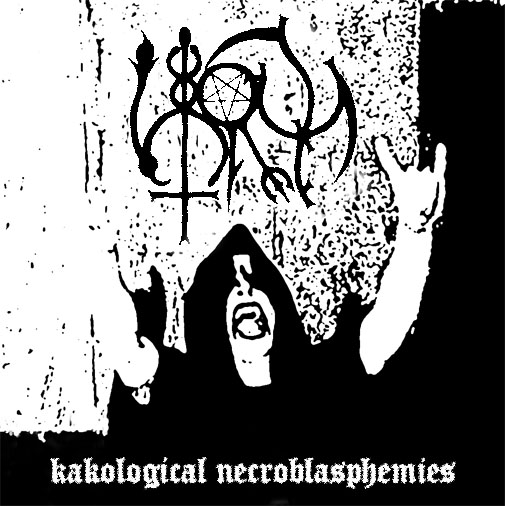 Notice that nowhere do you see the word “poop.”  That’s how you know I picked a great black metal album title.

Also (and I think we can all agree on this point), Legolas is definitely the only LotR character to “sashay” being as how he is nimble and light-footed. I’m pretty sure he can do “smeyez” too.

Damn, I eagerly clicked your website only to be severely disappointed to find out that it wasn’t a real site. 🙁

I’d be inclined to agree with you, but if Legolas sashays, what the hell do we call what Tom Bombadil does?

Hey, that logo turned out pretty nice! I’ve certainly seen worse. Your first effort kind of reminds me of Von’s logo. Also, thank you for helping me to be able to remember the title of the Xibalba album.

you know i’d play bass for you in a heartbeat. a blackened, decaying, rotting, festering heartbeat.

Someday when you move back to Lawrence or I move to Canada it is on!