First, obviously Werner Herzog has yodeled in his life…I mean, he’d have to have right?  But I seem to remember his commentary from Heart of Glass specifically mentioning him “yodeling and singing Bavarian folk songs for a week up on a mountain top with his crew.”  It took some searching, but I finally found the clip–if you’ve never heard a Werner Herzog audio commentary before, you are in for a treat:

Sadly he only says that they were singing, not necessarily yodeling.

Also, you know, that clip is kind of boring.  I mean, there is nothing wrong with it, he says “electronical” and “a river flowing like a river”–not to mention talking about singing on top of a mountain for 11 days while making his movie.  But there are better Herzog clips out there.  Like, for example, this one from later in the commentary where they discuss a scene where one of his actors wrestles an invisible bear:

Now do you see why Herzog’s DVD commentaries are the only commentaries (well, aside from Arnold’s commentary on the Conan DVD) I listen to?

“The office” that’s what she said confetti?

That’s what she said confetti is a great idea!  I don’t specifically remember any Office episode that featured a jizzing dick (maybe the obscene watermark one), but that’s the route I decided to take (obv) when I created this “twss” confetti for you: 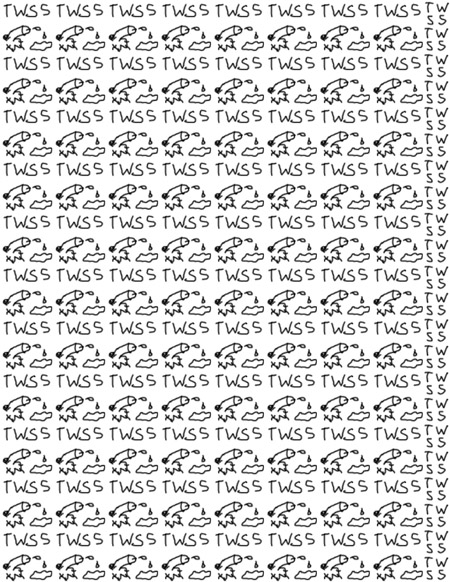 Just click to get the 8.5 X 11 version to print off.  I suggest printing an entire ream of paper and then using an industrial paper-cutter to create this confetti.  I’m just sorry I didn’t have this dick confetti ready in time for New Year’s Eve!

For those of you not in the know, corpse paint is what black metal bands put on their face to make themselves look like corpses (it is NOT AT ALL RELATED to wanting to look like Kiss).  Here is Fenriz of Darkthrone showing you how to properly model your corpse paint: 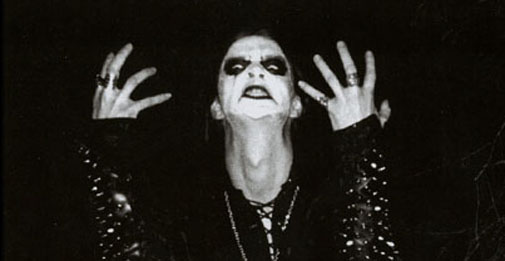 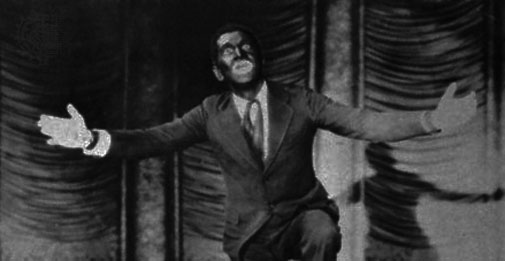 Oh. Crap.  So yeah, it turns out reverse corpse paint is just “black-face.”  And everyone says all those black metal bands are racist…turns out they are the opposite of racists!

Abbath from immortal without makeup?

Abbath from Immortal’s corpse paint is a decidedly un-corpse-like two triangles.  It’s such an extreme look that it is tough to really know what he would look like without his makeup on.  However, I managed to come across a rare photo of Abbath without his makeup in a temporary folder on the official Immortal website.  I have posted it next to a photo of Abbath in full corpse paint for comparison:

Gandalf and Gimli Slash?  Say no more, I’m happy to help you out here: 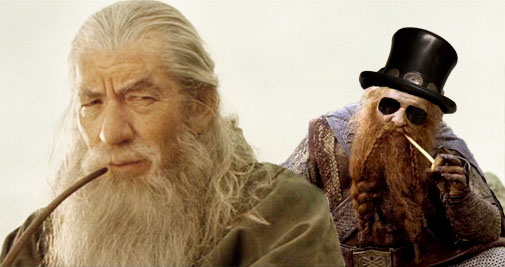 What?  What did you think I was going to do for this question?  Oh wait…”slash.”  Just in case you meant you wanted some hot Gimli on Gandalf action I went ahead and made a quick addition to the above picture…mouseover to see it!

Oh don’t give me that NSFW complaining.  If you kept going after the wall of jizzing dicks above you have only yourself to blame.

Heh, I remember watching a documentary on Antarctica. Carol and I were thinking “WTF” regarding the commentator, the dude was hilarious! Thank you for revealing Werner Herzog to me!

Hah, yeah, all his stuff is pretty funny. Also, he’s going to play the villain in the new Jack Reacher movie!