Ok, so recently I did a Minor Key Monday on the best pop song of all time:

And, in the course in that post, I may have gone on and an about the vocal phrasing in the verse:

Specifically, the part where she says “Love…in us!”:

But, you know what, I don’ t care what you say, that part is still awesome!  But then it got me thinking–why is it so awesome??  Thus, I whipped out my trusty guitar and slowed it way down to see if I could figure out the notes:

Then I realized that it was already pretty slow, and slowing it down didn’t really help (though it did make it sound kind of badass).  So I returned it to its normal speed and did a quick transcription.  As near as I could make out (turns out, I’m not great at this kind of thing), Love is “E”, then she goes up to B flat for “in,” and then C for “us.”  With gleeful horror I realized that not only did she finish the phrase on an augmented fifth, she even worked a diminished fifth in there too with that B flat!  Or at least I think she did…does anyone want to check my work?

Actually, you guys don’t need to check it to make sure, I just remembered a surefire way to tell if there is a diminished fifth in that phrase, I just have to play it backwards!  So, here goes nothing:

Movie reviews for this month?

And just what is your problem with my movie reviews this month?  Was it my somewhat glowing review of Step Up 2: THE STREETS?  Was it my somewhat less than glowing review of indie darling Beasts of the Southern Wild?  Was it the fact that I didn’t make time to watch Dazed and Confused this month?  Or was it the fact that I only watched 12 movies?  Because, hey, reading books about dudes kicking ass and watching all the way through 7 seasons of Trailer Park Boys one and a half times takes a lot of time alright!

So back off!  Hopefully I”ll be back to my pre graduate school levels of movie watching before you know it!  Or I’ll just keep watching through seasons of TV and wasting time reading books, you never know.

Ah black metal, the perennial Mailbag Monday whipping boy.  Sure, making fun of black metal album covers is almost too easy, but, considering I’m making this yet another “Mailbag Tuesday morning at 3:00 AM but it still totally counts as Monday” post, I’ll take too easy.

My initial thought was to go with something that had a really shitty piece of artwork on the cover like Graveland’s Carpathian Wolves: 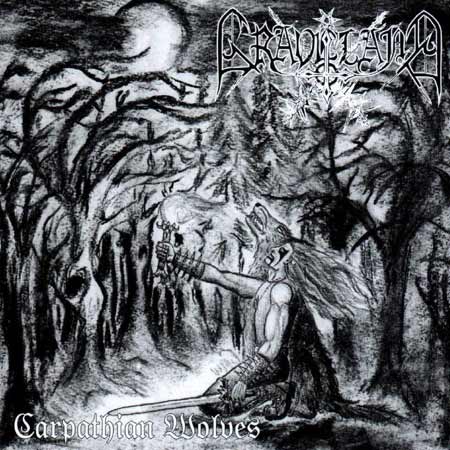 But hell, those are a dime a dozen!  Then I thought about something really offensive, like any number of covers from any number of bands that I won’t even repost here.  But come on…those aren’t really funny, just kind of awkward and mean!  Also, I was kind of stumped due to the fact that I haven’t actually bought any media for years now, so I have no idea what most of the album covers of any of my discoveries of the last decade even look like. 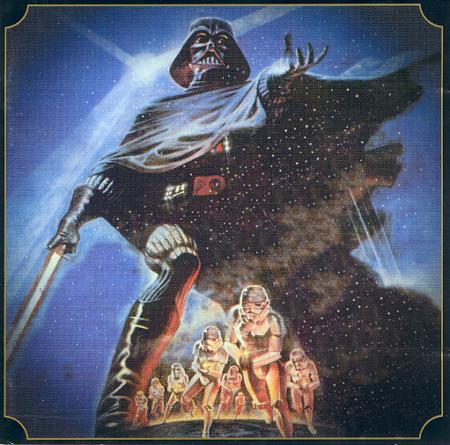 See, that’s totally NOT black metal!  I mean, yes, Darth Vader is evil and all, but come on, that album cover has NO place in the grim halls of black metal posturing!  It’s just silly!  I mean, black metal bands would NEVER adopt imagery from a story about a wise old man leading a group of people on a quest against an evil tyrant.  That would just be way too nerdy and not nearly KVLT enough for black metal!

What are the best items for taco topping?

I was about to give a rundown of my normal favorite taco toppings like cheese, lettuce, salsa, etc, but then I noticed you used the word “items.”  I must admit, I’m a bit out of my depth in the field of purely decorative items to top your tacos with, but I’ll try to come up with something.  So I don’t know, maybe you could put one of those little plastic cocktail swords onto your taco.  It wouldn’t really hold anything together, but it would look badass, and you could have mini sword fights after eating your tacos.  Also, in a similar vein,  I guess you could add a tiara to your taco  if you wanted feel pretty while eating your tacos.

Ah McLintock, the John Wayne movie that set the women’s movement back 50 years (instead of his usual 10-20).  The movie that advocates for a good public spanking with a coal shovel as the answer to all relationship woes: 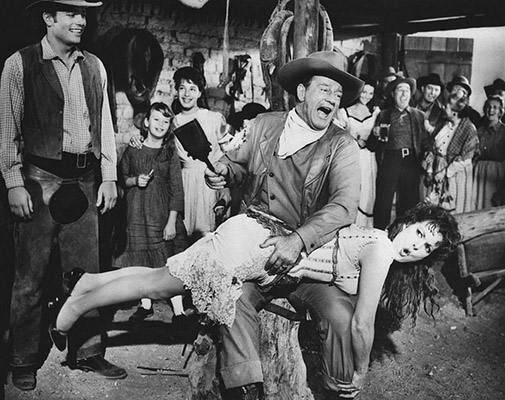 As you may have guessed, the women play a pretty important role in the film.  I mean, they aren’t just there to be spanked, they are also there to be chased around town in their underwear, thrown into horse troughs and cheated on.  Thus, an all-male McLintock really wouldn’t make much sense.  You would think that would have been obvious to the producers as well, but, as it turns out, they actually initially filmed the final pivotal spanking scene in a hot man on man style.  Test audiences did not approve: 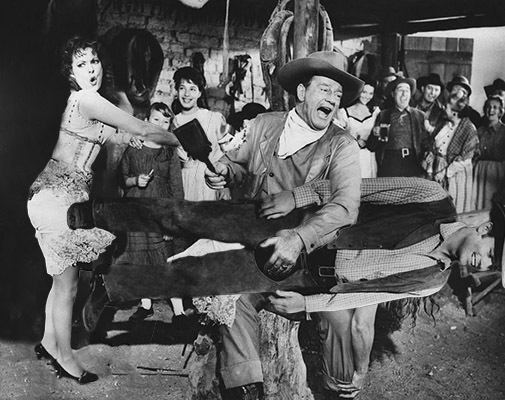 Not that any of this should suggest that McLintock isn’t worth watching– like Vondur’s Stridsyfirlysing, it’s basically awesome.

All of this is ridiculous. And I can’t believe you don’t have any comments on it.

As for me, I usually try not to respond to posts in which I’m obviously being trolled.

And yet here you are…troll accepted?