In doing the research for this question, I quickly realized that the internet is full of lists of odd shaped dicks, especially weird ass animal dicks.  Hell, about half the lists on Cracked feature some discussion of the Argonaut Octopus and its detachable penis that it loads up with sperm and then shoots at potential mates.  But, I’m not above culling the most oddly shaped dicks from the various odd shaped dick pages around the internet and posting them here.  After all, I learned some crazy shit doing the research for this one, it would be a shame not to share it in the form of a Top Five Most Oddly Shaped Dicks list! 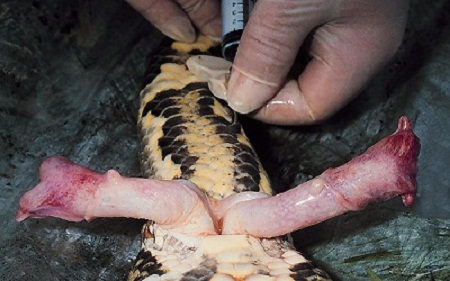 Of course, having multiple dick heads is one thing, having multiple dicks is a whole new level of oddly shaped.  Pythons aren’t the only ones with two dicks (kangaroos do too, hell, female kangaroos even have and extra vag!) but this picture was horrifying enough I figured they had to make the post.

So apparently most birds don’t actually have dicks, they just have two openings that they kind of scissor with.  Not the case with ducks though.  Not only do certain species of ducks have a massive dong that is actually longer than their body (apparently an evolutionary response to female ducks running from sex), but, as the video makes horrifyingly clear, it erupts into its full corkscrew, sperm spraying glory with shocking explosiveness.  I guess they really are growers rather than showers.  Also, I looked it up, swans have dicks too, so that Zeus and Leda story still works.

First of all, slugs are hermaphroditic, but even with that in mind, I was totally unprepared for the freaky freaky shit that apparently goes down when slugs fuck.  First of all they get some big slimy strand of mucous or something and drip it off a tree branch.  Then they slide down it, wrap around each other while they both hang in midair from the snot tendril.  Then shit starts to get kinky.  First, both the slugs dicks shoot our of their heads, elongating until they are longer than the actual body of the slug.  Then the dicks wrap around each other  until they form some kind of Voltron super dick, with bell end and everything.  Then the two dicks spray sperm everywhere, retract into their bodies again thus impregnating the slugs.  Horrifying…and more than a little erotic, amirite? 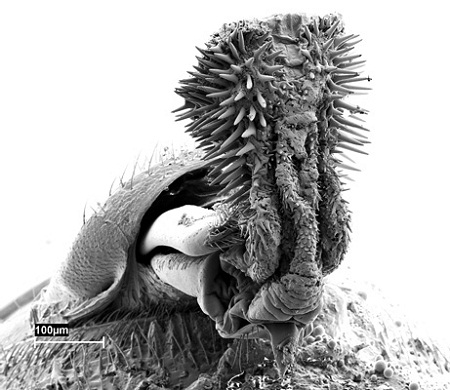 It’s no secret, in addition to being one of my favorite movies, Excalibur also basically has the best dialog ever written.  I was going to say that you don’t need to take my word for it, I figured I’d just let the movie speak for itself on this one.  But then I thought that, instead, maybe I’d try a little game just for everyone to test how big of an Excalibur fan they really are.  Sure, maybe you can recite the Charm of Making word for word, but can you tell me which of the following five quote are actually from Excalibur, and which are from other sources?

And here are the answers:

I made this for you: 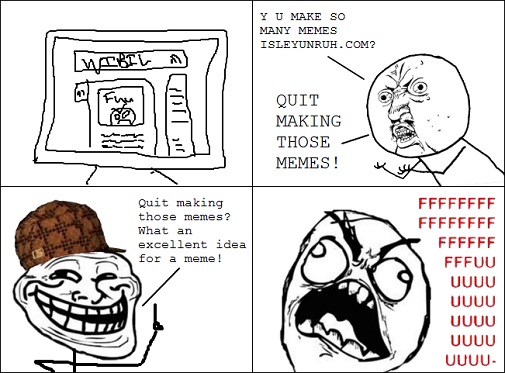 First of all, I’m glad to see that Jock Blog continues to keep the MBM hits rolling in. Anyway, I figured I’d see if I could get to the bottom of your question since that does seem kind of odd.  The way I see it, we just need to look at the ingredients of a typical vagina, then compare it to the ingredients of your typical bag of nacho cheese doritos, and we’ll be able to figure this out!

So, in vaginal fluid, you will find the following ingredients in various quantities depending on the woman and where she is at in her menstrual cycle:

In Dorito dust, you will find the following ingredients in order of predominance:

Therefore, I’d say it’s pretty obvious that the Doritos smell you are getting must be from lactic acid, the only ingredient the two share. Science!

That, or you inadvertently fingered someone while already having Dorito fingers, which, come on dude, that can’t be sanitary!

Ok, so imagine someone with the beauty of Joan Cusack, the personality of Julia Stiles, the fashion sense of Molly Ringwald, the feyness of Winona Ryder and the lips of Mick Jagger.  That is the best way I can think of to describe the goddess that plays Acid Burn in Hackers.  But don’t take my word for it: 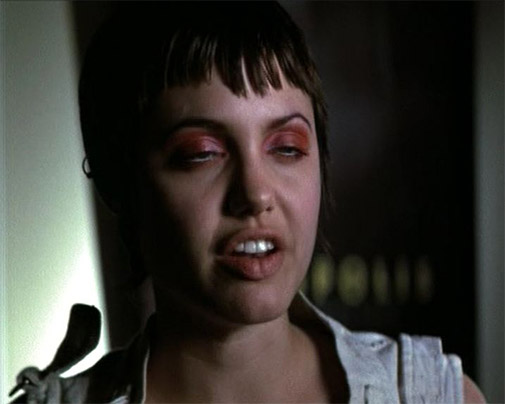 This was the nastiest MBM post ever. Especially that part about Joan Cusack.