“Have you seen these shirts?
http://www.cinemetaltshirts.com/“

I have in fact seen those shirts Zach!  Basically, if it is something remotely metal related on the internet, it has probably been posted on my Facebook wall at some point.  And, while you would think that these shirts would be right down my alley, I’ve actually been pretty disappointed with their selection.  See, I only appreciate KVLT metal (if you are unsure what KVLT means, it is just a way of saying I treat my metal the way hipsters treat everything), and KVLT filmmakers.  And, while the cinemetal has both, they seem to rarely appear on the same shirt.  They will either have something like this:

Which is a shirt with the greatest director of all time written as the logo of a totally non-KVLT band (see, when you are as KVLT as me, you can no longer appreciate good bands like Metallica). 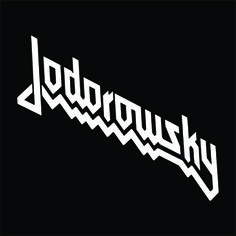 Honestly, cinemetal’s Iron Maiden/Ingmar Bergman mash-up is the only shirt that much appeals to me from that site.

However, you got me thinking about what it might be like if cinemetal actually made shirts that mashed up equally KVLT directors and bands.  So, I took the logo of the greatest band of all time (better go ahead and knock Judas Priest down to #3):

And mashed it up with the name of the greatest (or, at the very least, second greatest) director to use a “Von” in his name: 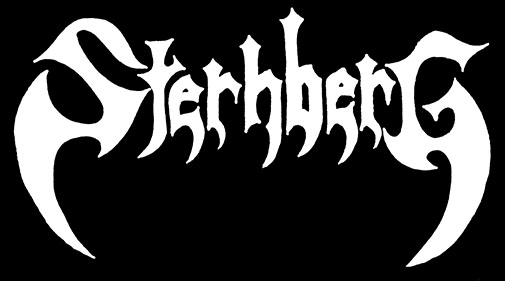 Now THAT is a shirt I would wear!

***EDIT***  So, I can’t believe I did it, but I missed a totally obvious VON joke.  Better late than never! 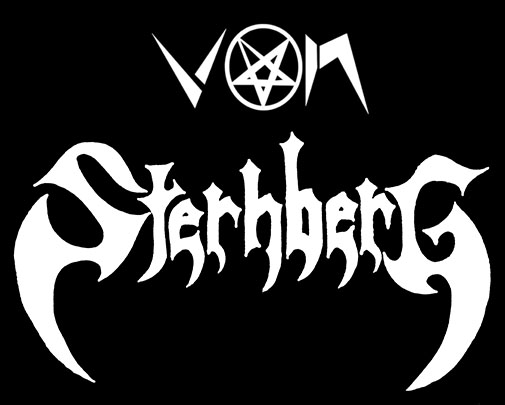 “What would Sauron’s choice of a smart phone be, and why is it an iPhone?”

You didn’t leave me much wiggle room on this one Duncan.  For future reference, *I’ll* make the jokes around here, ok?   Still, I’ll give this a shot.

This really all comes down to a size issue.  Sauron was one big mother fucker, as Tolkien said, “of more than human stature, but not gigantic.”  Of course, Elendil himself was almost 8 feet tall, and many Númenóreans before him may have even been taller, so a height of almost 10 feet would not be out of the question for Sauron’s incarnate form.  And, a 10 foot height would put the 5.5″ screen of the new iPhone 6s at about the same proportional size as all the old iPhone 4 and earlier models would have been to a normal human.  Thus, Sauron would use the iPhone 6s, due to its not quite gigantic size.

Why an iPhone? Just look at the One Ring.  Like the Beatles’ White Album, there was nothing on that goddamn ring.  Sauron, unlike Celebrimbor, was a sucker for clean design.

Today i will listen to some?

Ok, sure, I like this meme well enough.  Let me tell you a true story that happened to me after I found a Raven LP I’d never heard at the local used record store: 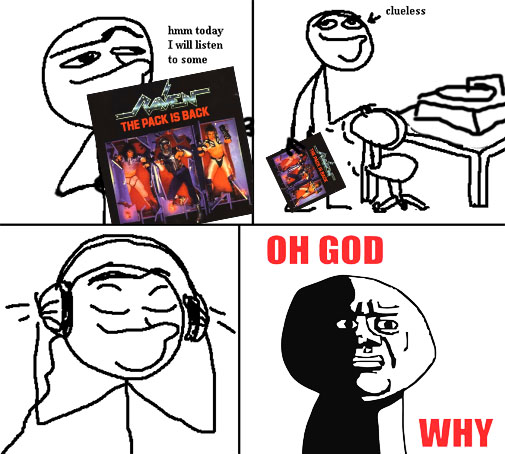 It’s amazing, with a cover like that, who could have guessed that the album would have sucked so hard?

The word you are looking for here is “shart.” And, once again, I’m so proud that merely googling “fart poop” is enough to bring one to my little corner of the internet!

Death metal isn’t really known for being all that fun usually, but there are a few scattered “fun” bands.  I figured I’d just focus on one recent discovery today, a band called Smash Potater.  To be fair, they are technically just thrash, but they are undeniably “fun.” Some dude handed me his demo at this show a while back.  I took a look at the cover and the song titles, rolled my eyes, and tossed it into my back seat and forgot about it.  Until recently when I finally decided to listen to it–imagine my surprise to find out it was some pretty goddamn good brutal thrash!  Though it made the cd a hard sell for me initially, the whole “food metal” thing really is kind of fun:

“Thus, Sauron would use the iPhone 6s, due to its not quite gigantic size.” Wins the internet.

I’ll have to email Apple to let them know I’ve got a new slogan for them!