Favorite tipe [sic] of movies by a graph?

What an excellent question!  Obviously I love movies, but I think a graph really would be the best way to convey what my favorite types are!  So, here you go, 20 types of movies and my personal rating of how much I like those types of movies on a scale of 1-10.  1 being High Noon and 10 being Rio Bravo. 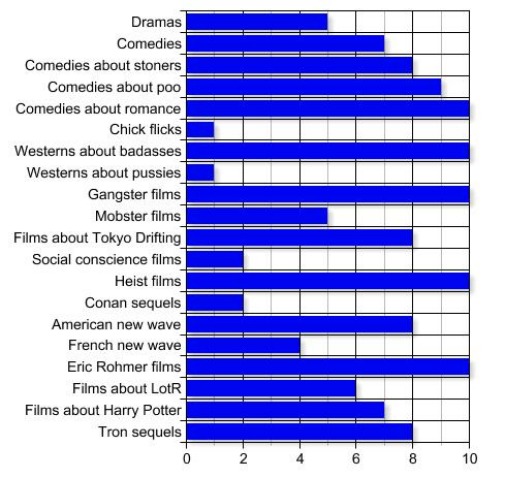 That’s right, April Fool’s Day has come and gone and I apparently still haven’t gotten tired of posting inflammatory things on the internet.  Which is to say, yes, I’m serious about those rankings, and yes, Tron 3: Tokyo Drift would be the greatest movie of all time ever.

One of the nerdiest things I’ve come across in a long time (which is saying something) was the collective outrage of the nerds over at www.boardgamegeek.com over the otherwise excellent game Small World’s inclusion of a “Were” subtype to modify their selection of races.  As more than one raeging nerd pointed out, “were” means “human-like,” and thus, if were to modify the humans included in the game, your theoretically badass “Werehumans” would merely be human like humans.

My point being, if you are talking about the comic book character, a “Were-Wolverine” would merely be a slightly less hairy version of the regular Wolverine.

Man, this is a tough one.  I mean, there have been some ridiculous swords out there, it was tough for me to figure out which one I wanted to talk about.  But then, as if a half remembered dream of another time an image from a fantasy movie I saw as a kid recalled itself to my mind.  It was a vision of a hero, but instead of a normal sword, he carried a sword with THREE BLADES!  I want to say that the blades would also shoot out of the hilt, but that could have been mere youthful fancy corrupting my memories.  Anyway, it didn’t take me long with google to find out that yes, this movie is in fact real: 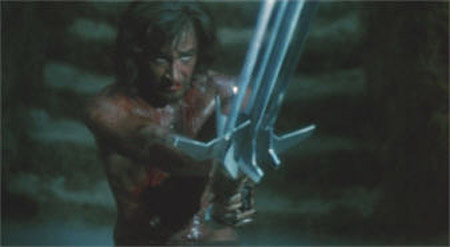 That’s right, it is called The Sword and the Sorcerer, and it is apparently considered a minor cult classic.  I’m downloading it as we speak, look for the two sentence review coming soon to a Monthly Movie Review post near you!

Man I hope the blades really do shoot out of it.

I’ve been sitting on these google searches for a while.  I can’t really think of anything clever to do with them, but hey look, “ho” and “mack”…that’s mildly amusing right?  Though probably not as amusing as attempting to make pancakes in a microwave.

I get plenty of wench searches (and their “wench boob” derivations), but so grievous was your misspelling that I am not sure which you were looking for.  But, if you are a man after my own tastes, I think I know just the kind of hot jpeg action you were attempting to search for.  So yeah, here you go, the Bulldog 9500 winch, naked as the day it was born: 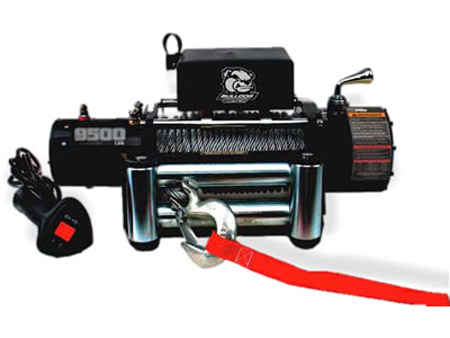 Hope that got the job done!

How to make healthy pancakes in the microwave:

So…you think that “comedies about romance”…or “romantic comedies,” if you will…are *not* chick flicks? That is some fascinating data manipulation there, sir! I salute you.

Awesome, I look forward to learning if the blades regrow or if he has to attach them!

“I’m downloading [The Sword and the Sorcerer] as we speak.”

Oh fine, I’ll just check it out from the library instead…

There is a fine line between “Comedies about Romance” and “Chick Flicks,” and you’ve crossed it. You might want to rethink your “Chick Flick” rating…

Don’t make me out you for watching Paperback Hero with Chris and I. Oh wait, I just did.