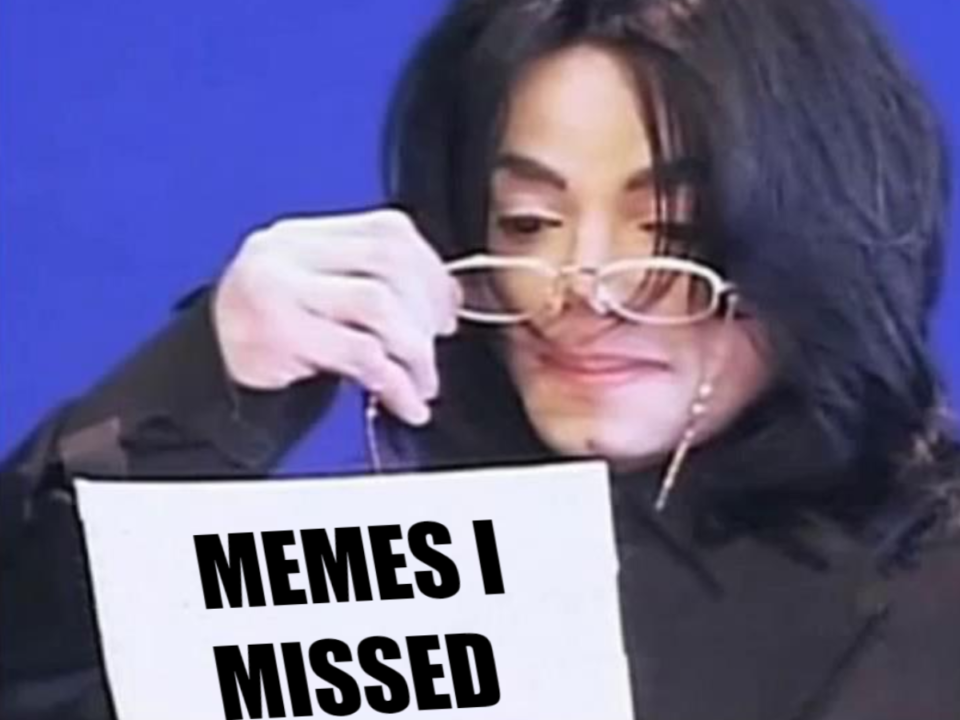 While cleaning up my computer desktop recently (ok, fine, I was just doing my usual: drag and dropping everything into an “other” folder) I came across a few random metal memes that I made for random metal reasons over the last year. Add in a couple of YouTube videos that I never ended up posting to this blog and I basically had a ready-made post of middling, abstruse metal jokes using outdated memes. So, if that sounds up your alley, today’s post should delight you I guess:

The Most Ambitious Crossover Event in History

This meme didn’t last too long, basically it just took the titular statement from Marvel and then used it to make a joke by pointing to some obscure crossover event that would provide humor in the comparison.  Basically stuff like this: 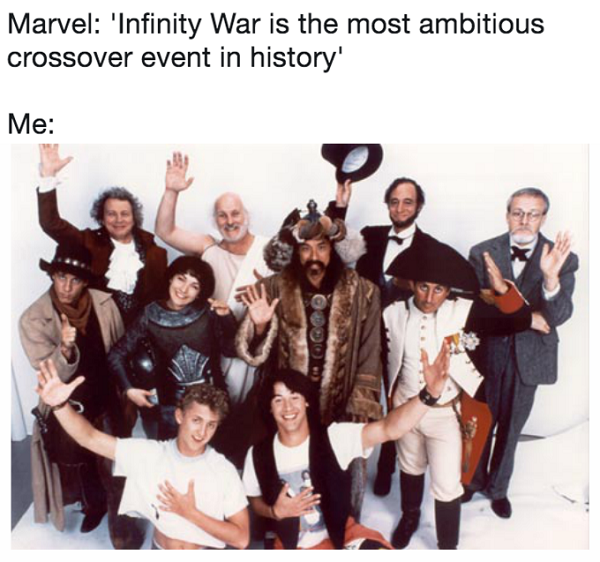 For my metal version, I just deliberately misinterpreted their intended meaning of “crossover”: 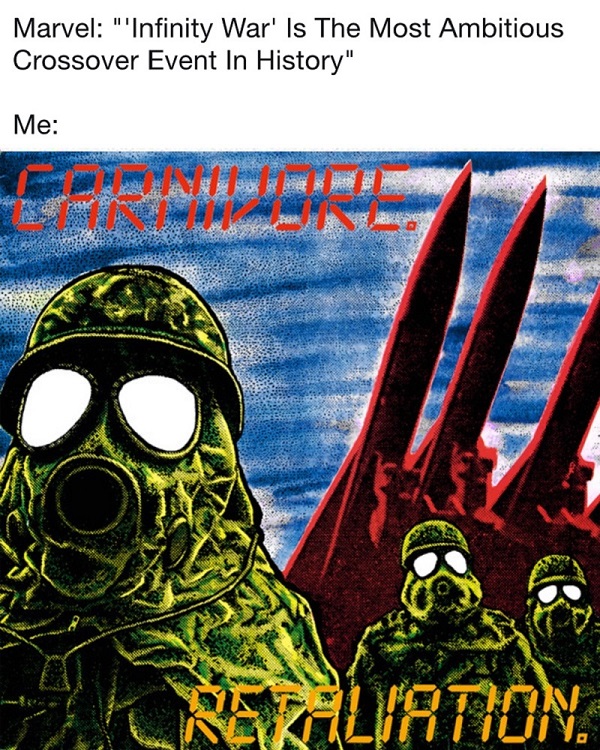 I mean, there is SOME controversy as to whether Carnivore is true crossover, but it fits the bill a lot better than that Avengers: IW soundtrack.

Your friends don’t like your music but you play it anyway.

This meme was making the rounds a while back but never really took off due to needing a bit of video editing skills to pull it off (and due to there only really being one joke here).  Using a ridiculous clip from the Tim and Eric Awesome Show, you just insert whatever EDGY music you think makes you so cool over the sound of the original annoying buzzer.  Here’s my attempt with the immortal Havohej:

Of course, playing black/death metal is too easy…you want to REALLY make your friends writhe in pain, you’re going to need to try harder:

Watching this again has made me question a lot about myself, primarily: “Wait, do I REALLY actually like Nuit Noire?”

Ok, to be fair, this isn’t really a meme, this was just an old video where I tried putting Beherit’s Gate of Nanna over a clip from The Lion King.  The results ended up being pretty spectacular though, so I figured I’d throw it in here:

I didn’t even edit the clip…the light through the clouds, the credits, the zebras mouthing “Gingam Xul”…all happy accidents.  Basically, this is the metal equivalent of playing Pink Floyd with The Wizard of Oz.  I’ll have to see how the rest of Drawing Down the Moon lines up someday.

I’ve done this meme before, but here was a quick throwaway one I did referencing black/death madmen Sadistik Exekution‘s penchant for a dropping a hard double K with all their “fucks”:

The vote is still out as to whether or not the FUUUUU rage face is the most enlightened one (or, whether it is even still relevant in 2019).

Michael Jackson seeing through your bullshit

I’ve only really seen this picture of Michael Jackson peering closely and looking up with a glorious expression of “oh for fuck’s sake” on his face with a four-pane about a study saying marrying your first cousin was ok–that originated in Alabama.

For the metal version, I’m referencing that old chestnut that racist bands love to trot out whenever word gets out they have some problematic views on immigration: “We are not a political band”: 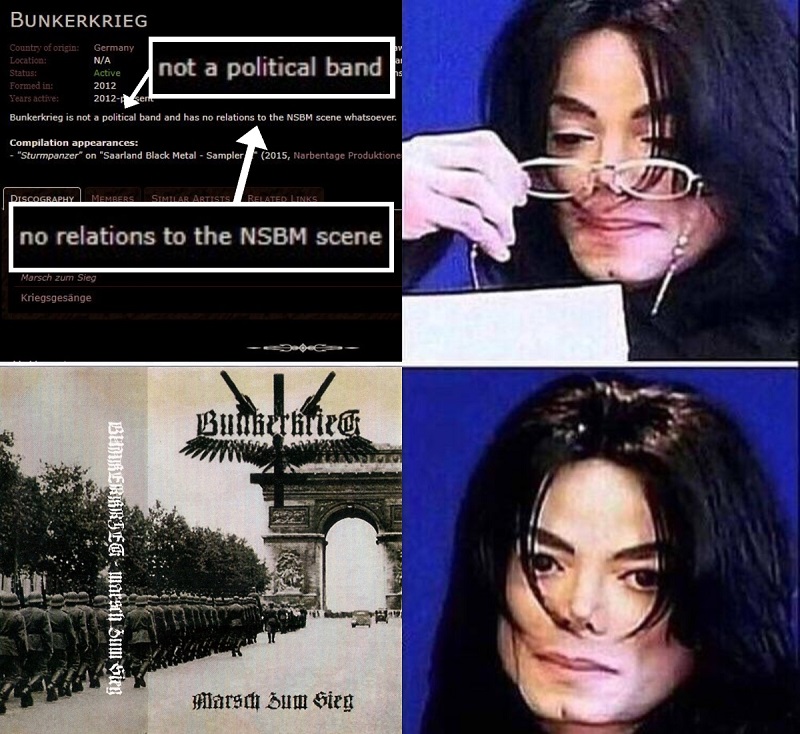 I’m pretty sure these are EXACTLY the two faces I made when I first read Bunkerkrieg’s Metal Archives profile.