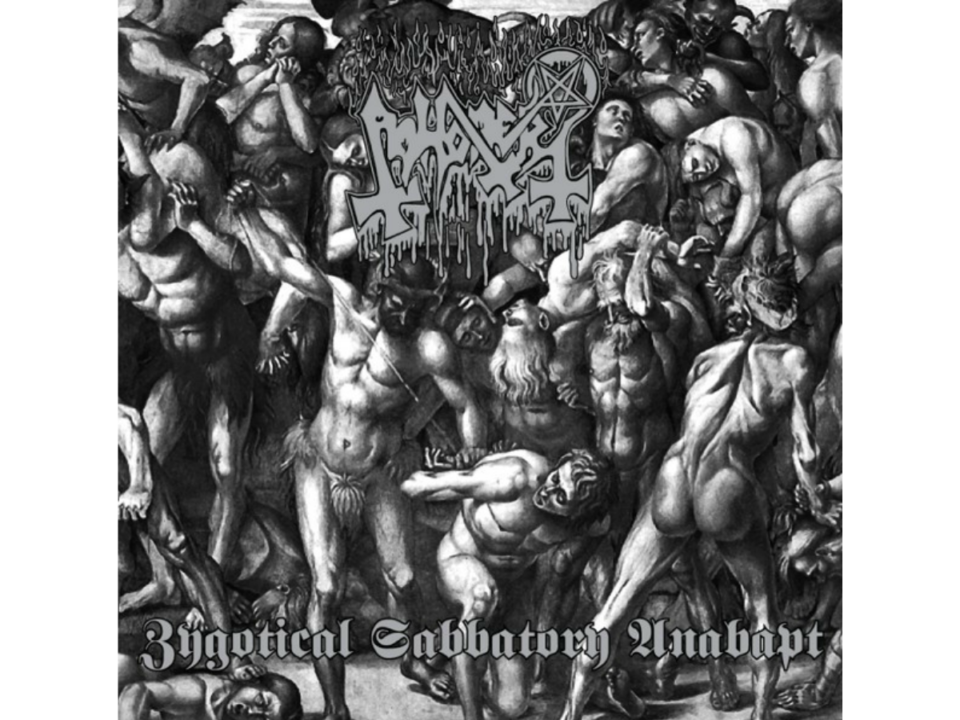 Zygotical Sabbatory Anabapt is one of those albums that tends to get overlooked because it came about 6 years too late.  By 1996, this kind of first wave black death stuff wasn’t exactly wowing people the way Blasphemy’s Blood Upon the Altar did.  Of course, Abhorer was no simple Blasphemy clone, their own album, “Rumpus of the Undead” was actually released early enough to cement their street cred, and is up there with BUtA on the short list of albums TR00 KVLT metalheads pretend are brilliant.  So who cares that they waited until the mid 90s to release follow up material, albums like Zygotical Sabbatory Anabapt are strong enough that they transcend the time of their release.  And besides, they are from Singapore.  All people could do back then was trade tapes, 1996 in Singapore metal time was like 1979 basically!

One thing Abhorer does is bring the riffs, as this clip from the opener, “Concubinal Celebatic Myrmidonian Whores,” makes abundantly clear:

Even when they occasionally stumble into a less than inspired riff, they quickly move on to something pretty badass like this clip from “Hymeneal Altar of Messianic Salacitation” (one thing I have to give Abhorer props for is that, for English as a second language speakers, they KILL it in the song title department):

There is a nice, almost thrashy feel to many of the riffs on this album.  Unlike a lot of other Blasphemy clones, you don’t forget you are listening to some METAL because of a wall of cavernous noise.  Check out this clip from “Dom Abaddoniel Abysstic Demonolatry”:

They could also do an excellent job crushing out some serious headbanging riffs, like in this clip from the title track:

Oh, and, when they aren’t too busy ripping your face off, they are pretty damn epic too. Just check out this clip from “Expation of Seraphic Patriarch” if you need further proof of why this is an album to check out:

I haven’t been in a black metal phase for quite a while now, but all the clips here sound pretty cool.