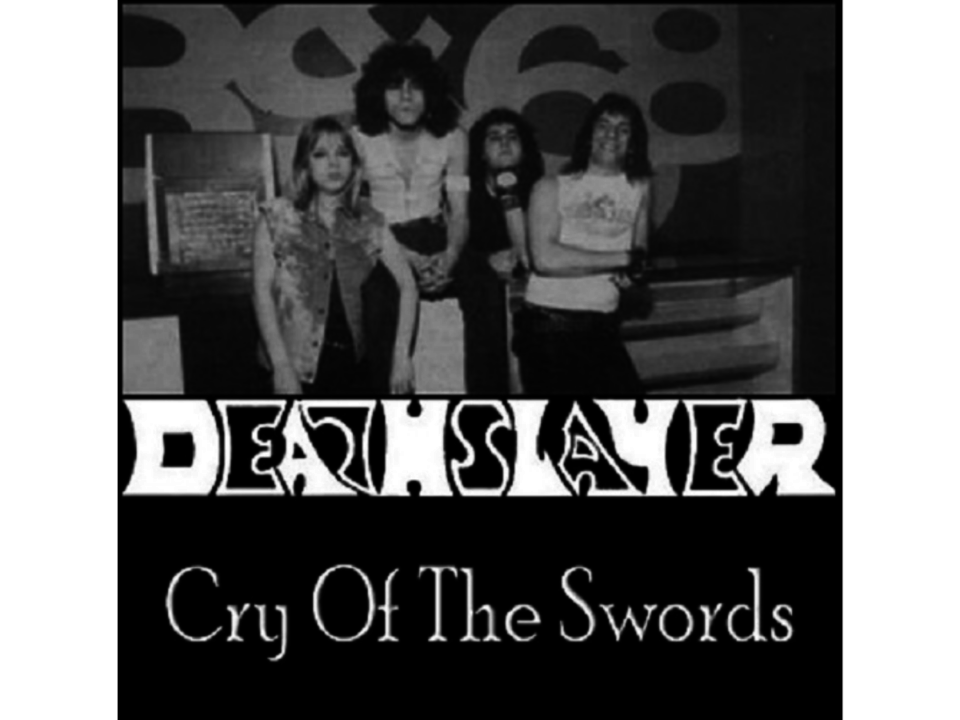 I’ve discussed this many times before on this feature, but elitist metalhead snobs LOVE finding bands like Deathslayer.  This New York based group recorded two demos in the early 80s and then just kind of disappeared. But, thanks to a song of theirs ending up on a “New York Metal – 84” compilation LP, and thanks to said LP having a cover featuring a dude in a diaper (thus causing me to buy it on the spot, music unheard), Deathslayer’s music found its way through the ages to my doorstep.  And, while the production is atrocious, and the talent questionable, I have to say I’ve really been loving their 1984 demo Cry of the Swords!

There’s just something about the songwriting on this demo that is right down my alley.  The title track (probably not about sad swords–I’m going to assume), for instance, starts with a fairly heavy riff that leads into a really epic chorus built around a thoughtfully meandering melodic line that is pretty much exactly the kind of thing I look for in music of any type:

However, as you can tell, the production really leaves a lot to be desired.  And, since this isn’t black metal, it really does kind of hurt the album.  Still, it is saying something that the music shines through the lifeless drums and murky guitars.  Songs like “Night of the Burning Crosses” (probably not about racists–I’m going to assume) let the intricate riffing shine through despite the limitations in both production and ability:

The final song “Raven’s nest” (probably about bird nests–I’m going to assume) actually has a marginally better production (or maybe the guitar tone just has a bit more bite), unfortunately it is also the weakest song on the album. Still, it’s not a bad song, just not quite as compositionally inspired as the rest of the demo:

There is a lot of variation too.  The song “Deathslayer” (probably not an attempt to one up Slayer in hardcore band names–I’m going to assume) starts out with some dodgily pitched singing, and then kicks into one of the sweetest riffs on the album:

Really, this demo is just a completely charming collection of forgotten, Maiden inspired metal that is, for lack of a better discriptor, totally fucking epic!  Just check out the song “Journey for Light”  if you need further proof:

And that song, I’m going to assume, is probably not about Jesus.

I personally think you should just go ahead and rename this feature “Atrocious Production and Questionable Talent.”