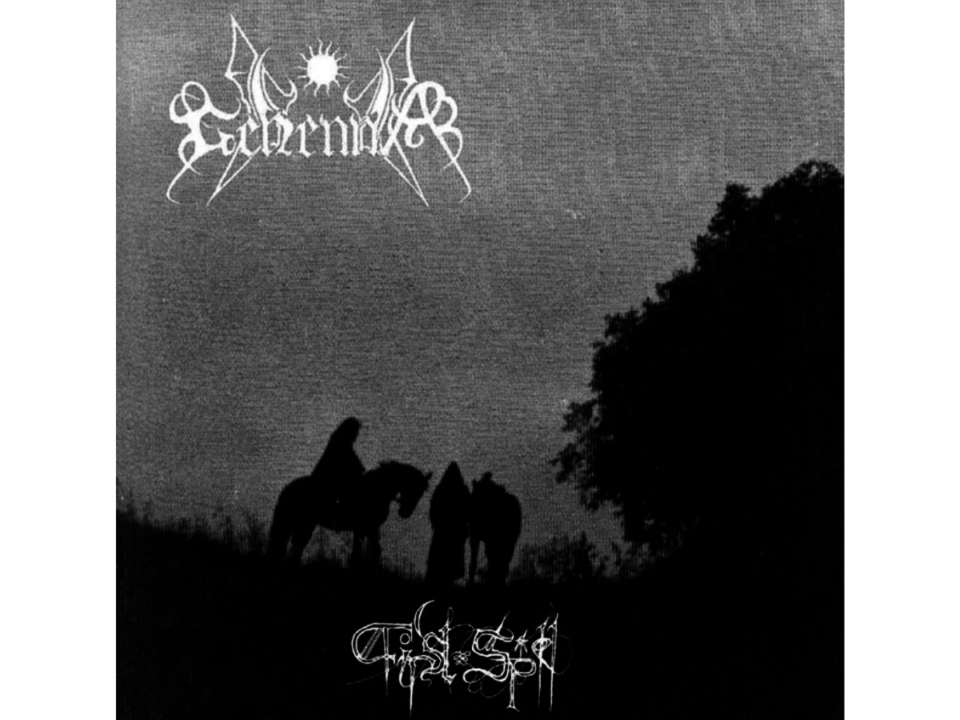 Black metal, as anyone who made it all the way through my Ildjarn Mid-month Metal Masterpiece post can attest too, isn’t the most pleasant genre of music.  However, today’s band Gehenna’s first “full length” album First Spell is one of the few black metal releases that I would actually call soothing.

Coming just at the tail end of the Norwegian heyday, First Spell utilized a goth rock/keyboard heavy approach that somehow managed to keep its under ground metal cred.  This selection from “Shivering Voice of the Ghost” is a good example of Gehenna’s style.  Slow flowing streams of melody with the ever present keyboards over rock drum beats with Sanrabb’s brilliant whispered growling screams give way to a rather fucking epic doubletime section that would make you want to bang your head if everything wasn’t so laid back:

As you can tell, (and as I poked fun at in my ill advised attempt at Gehenna humor on a past Mailbag Monday) this is a keyboard heavy album.  I know I’m always bitching about black metal bands that base their songs around a string of catchy guitar riffs that the keyboards exactly copy, so I must admit the Gehenna does the same thing in places like this clip from “Of Angelclaws and Ravenwings”:

Still, it is more sparsely used than on something like Satyricon’s The Shadowthrone (which has always bored me).  Perhaps it also works a bit better on First Spell partly because it is a keyboardist’s album with the guitars comparatively buried in the mix.  Often the keyboards will have sole melody duties while the guitars provide backing atmosphere like this clip from “The Conquering of Hirsir”:

Which is not to say that the guitars are nonexistent on First Spell.  There are plenty of great guitar lines as well, often played in a somehow fitting squirrelly manner like this clip from the confusingly titled “Unearthly Loose Palace”:

Gehenna also does a nice job of varying up the instrumentation, including this clip (also from “Unearthly Loose Palace”) that features something that is almost akin to a guitar solo in the world of black metal followed by everyone’s favorite black metal song element, “acoustic guitar string sounds buried in the mix”:

All of these clips should have made it clear that Gehenna wasn’t going for the title of “Most BRVTALLY KVLT Black Metal Band EVAR.”  They were far more concerned with atmosphere and the almost goth rock vibe that permeated their music.  What has always impressed me about First Spell (aside from the highly enjoyable songs) was how well Gehenna incorporated those elements into their music without sounding like manufactured pop black metal like so many imitators in their wake.