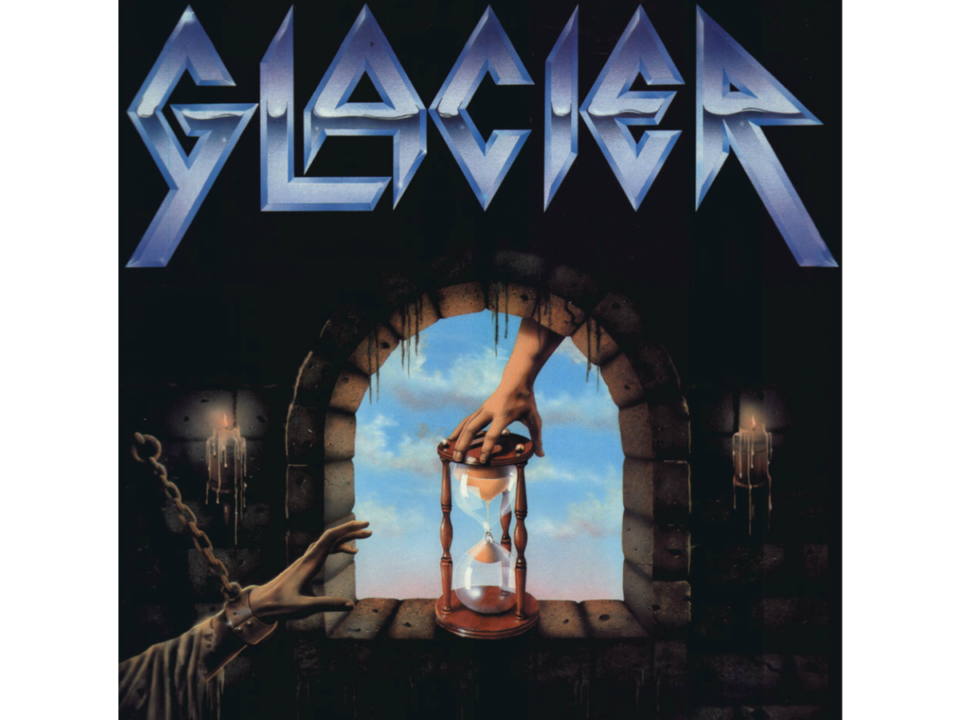 In the metal heyday of the mid-80s, with everyone energized by the New Wave of British Heavy Metal, all kinds of new genres like power metal, thrash, even the beginnings of black metal were springing up across the world. In such metallically fruitful times, it was inevitable that many bands would get lost in the shuffle.  However, Glacier, though they only released today’s self-titled EP and a couple demos, were one of the forgotten gems from that time back when it was kind of cool to be a power metal band.

To start, let’s address the Jesus in the room.  That’s right, once again, I’ve found an album of mid-80s power metal that was most likely made by Christians.  At least, these lyrics from the opening song “When Heaven’s at Hand” sure make it sound that way:

When heaven’s at hand
There’ll be hell to pay

Pretty harsh shit, especially for a guy whose mind gets very stimulated by inverted crosses like mine does!  And, hell, the song almost isn’t even technically metal:

Still, that’s some great metal-infused hard rock, with just enough of an edge that I feel quite comfortable banging my head along with it.

The second track picks up the metal pace with a significantly more epic and metal “Vendetta”:

If the vocalist sounds different, that is because THREE vocalists are credited on this 5 song EP.  I like this guy best I think, he’s got a great, dramatic power metal voice–he even managed to work in a Dio homage with the “look out!”

Not that the third vocalist is any slouch himself, he also delivers in the speed metal sounding “Ready for Battle”:

Though there are only five songs on this EP, the songwriting is quite varied, with each song sounding significantly different from the others while still maintaining a common sense of epic underground power metal to unify the EP’s sound.

Bottom line this is some really well done metal full of energetic and epic riffs.  Just check out this clip from the album closer “Speak no Evil”:

What we have here is a forgotten album from a time when you could be a power metal band and not sound like some Dragonforce bullshit.  It’s just too bad about all those lyrics like “Get down to your knees and pray!”

I’d complain about them being Christians, but at this point I’m just glad they’re not Nazis.

I will leave no ideologically reprehensible rock unturned in my quest for marginally epic music of dubious worth!

About you, no truer words have been spoken.