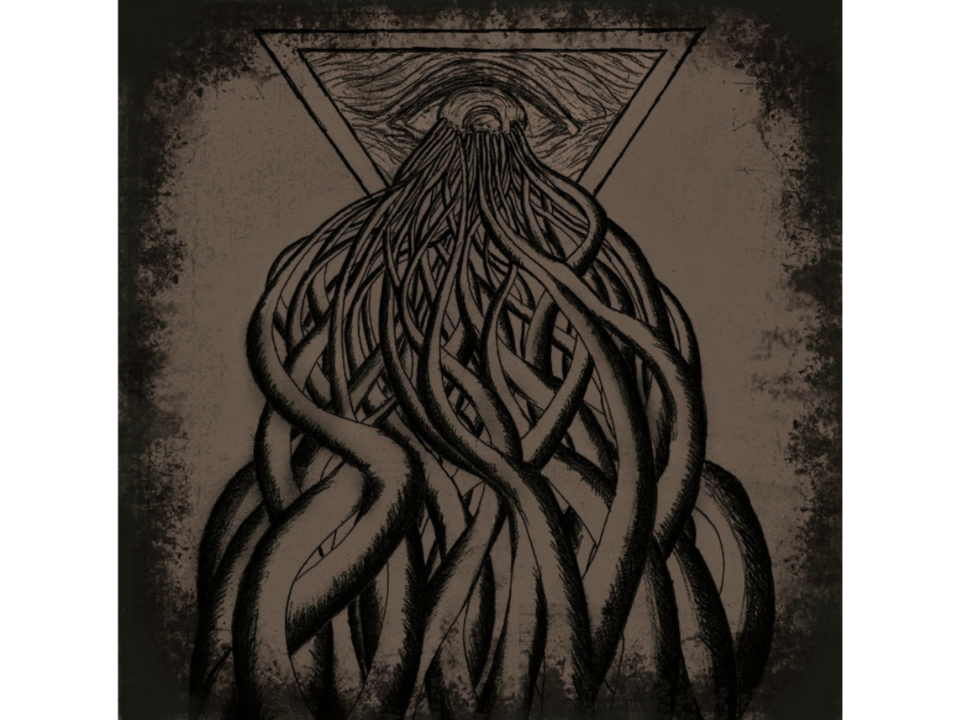 I really don’t listen to all that much death metal anymore, but when I do, it sounds like Spain’s Hic Iacet.  Atmospheric, simplistic, and, above all, EEEEVIL as fuck, Hic Iacet’s debut demo really deserves all the hype that it created.  Sure, maybe by 2011 this kind of stuff isn’t exactly breaking new unhallowed ground, but when it’s as well done and varied as this, I don’t mind it sticking to a formula.

I think the kids these days are calling this style of Incantation influenced black/death “cavern death,” for obvious reasons.  Anyway, unlike Demoncy, Hic Iacet actually writes more than one kind of song on this album!  In fact, the variation is really one of the greatest things about this short demo, the band seems to have no shortage of ideas, while keeping the excellent atmosphere remarkably consistent.  The second track, “Breviary of Congenital Rot” (the song titles on this demo are utterly charming), shows this by starting off with some nice uptempo bumblebee riffing before getting a little chuggy:

The tempos on this release are just as varied, with “Nihilist Hellannihilation,” a slow and doomy number that does a nice job of evoking some first wave 80s filth with its simplistic riffing and nasty vocals:

Songs like “Mystical Delirium” do a nice job of switching between blasting sections and evil Celtic Frost style riffing:

Granted, I am a sucker for atmosphere, and they really NAIL the production here.  Just listen to this clip of the final track, “Outro Mortuary Psichophonies”:

That ridiculous guitar tone, those drum hits, fucking classic!  Maybe this is all smoke and mirrors, but I wouldn’t be a black metal fan if I didn’t mind a few smoke and mirrors via a shittastic production covering up all my compositional flaws.  In short, this demo’s music is just like its cover: kinda shitty, poorly executed, and undeniably successful at what it wants to do.

Damnit, I’ll do the criticizing around here.

It’s like that last rap battle in 8 Mile where Eminem used all the other guy’s insults before he could use them!

Henceforth, you shall be known only as B-Rabbit.