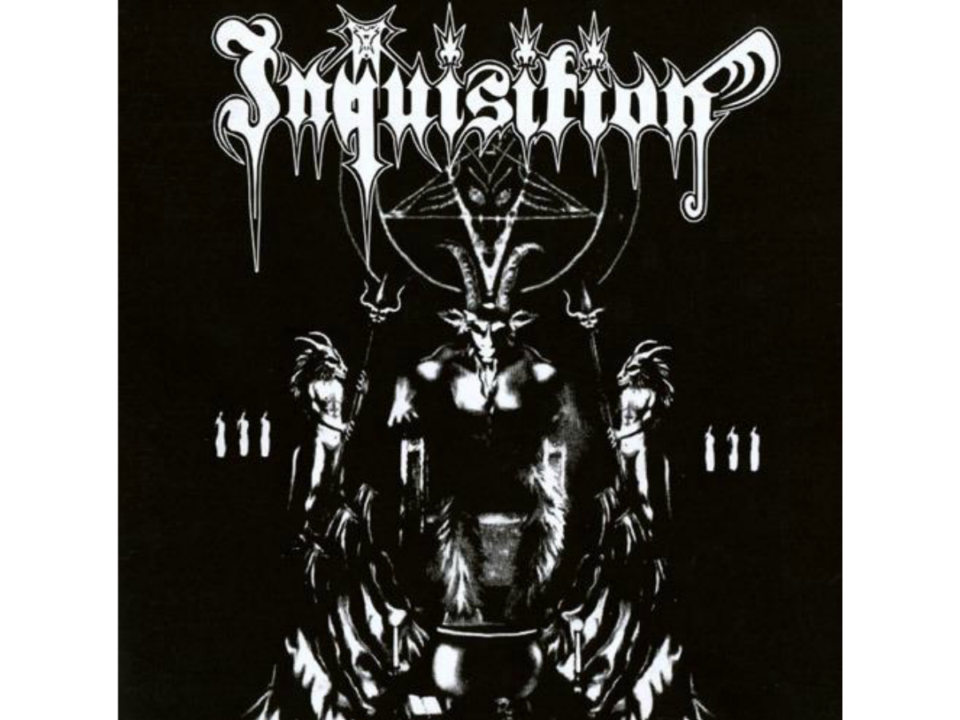 Inquisition is one of those 3rd (4th?) wave black metal bands from the early 2000s that I missed during my half decade break from discovering new music.  Not that they were going to be able to stay off my radar for all that long–after all, their unique approach to black metal really makes them stand out as one of the most creative and interesting bands of the last decade.  Today’s album, Invoking the Majestic Throne of Satan, was the first album of theirs I really got to know, and is still one of their greatest works.

This clip from “The Realm of Shadows Shall Forever Reign” is just classic Inquisition and really illustrates how unique their sound is:

Nobody does vocals quite like Dagon, that low register chanting style works so well with this style of music I’m amazed no one tried it sooner.  And, that riff the clip builds to at the end is a very satisfying resolution to that chaotically repeated dissonant chord that preceded it.

Though the majority of the vocals are in the unique Inquisition style, some of them are a bit blacker, like this clip from “Imperial Hymn for Our Master Satan”:

I really love that melodic riff in that track, something that Inquisition does very well when they break away from the more chaotic sections.

They also love to vary the tempos, frequently moving between slower melodic sections, and fast paced riffs, that can actually be quite crushing like in this clip from “Rituals of Human Sacrifice for Lord Baal”:

Occasionally things will even move into straight up black metal tremolo picking territory like this clip from “Enshrouded by the Cryptic Temples of the Cult”:

Though much of the album has an almost drone-centered style, these many sections of melody and other breakout riffing really do a nice job varying things up. One of the album highlights is the, dare I say it, actually quite accessible “Hail the King of all Heathens”:

Hell, it even goes all Last of the Mohicans towards the end:

I mean, really, who doesn’t love that soundtrack?

Bottom line, Invoking the Majestic Throne of Satan is a bona fide black metal classic, full of powerful, epic riffing, brilliant vocals, and some of the most dismally murky riffs this side of Demoncy.  Needless to say, I’m pretty excited to see that their upcoming tour with Deicide and Septic Flesh will be coming to my city this fall!

And, for the record, I also really love the old Legionary workers song that ends the album:

I’d include the full original song on a future Minor Key Monday, but unfortunately it switches to a major key right after Inquisition, wisely, cuts it off.

I don’t really share your enthusiasm for this band. Chant-like vocals seem like they would be cool, but the execution here is just boring (the timbre of the vocals do remind me of Immortal, though). Nothing about the production or atmosphere strike me as interesting, either. In particular, I don’t care for the guitar sound.

If the songs are great, though, I can overlook all that. I’ve listened to “Into the Infernal Regions of the Ancient Cult” once or twice, and nothing really grabbed me. The clips here seem competent, but not all that original or interesting. But you called it a bona fide black metal classic, and I know you wouldn’t lie.