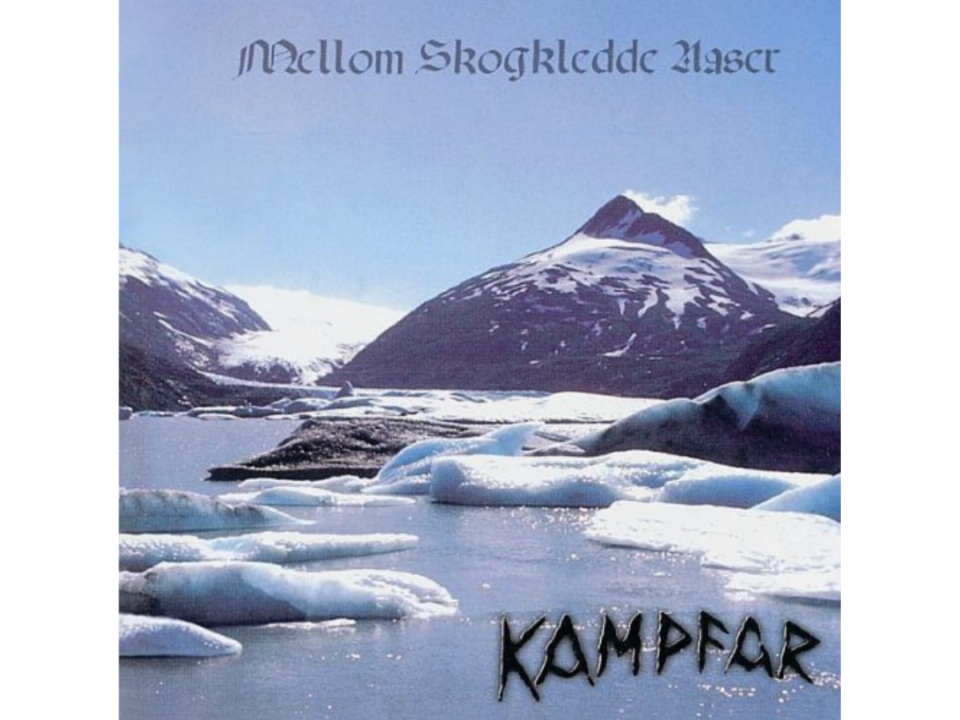 Kampfar is one of those second wave Norwegian black metal bands that I thought I was totally over. The kind of stuff that I listen to and think “yeah, this kind of sounds like Immortal, or whatever second wave mainstay they are trying to sound like, not bad, but nothing I care to listen to.” But then I randomly ended up listening to one of their albums and realized that there was something to Kampfar’s music that could make even a jaded long-time black metal fan like me sit up and take notice.

I have actually owned a cd of a pre-Kampfar project called Mock since the 1990s (featured on my “Worst Black Metal Fonts” list from Mailbag Monday 16). It was pretty generic, and didn’t really ever impress me.  However, after reforming as Kampfar, a very important element was added to the music: folk!  The opening track, “Valdogg” illustrates the Kampfar formula quite well:

The slow epic part leads straight to a nice bouncy folk riff, even with a few clean vocals to round out the mix. There was a time where I thought I liked folk metal (don’t tell!), but it turns out, I only like folk metal if it is done right. And Kampfar incorporates the folk elements into their music very subtly. Songs like “Kledd I Brynje Og Smykket Blodorn” never feel like a bunch of assholes trying to sound like they are at a ren fest:

And when Kampfar does break out the clean singing, they incorporate it perfectly into their excellent black metal sections, as you can hear in this clip from “Valgalderkvad”:

Their use of keyboards is equally classy, with this keyboard heavy clip from “Hymne” never feeling like it is dipping into dreaded “symphonic” territory:

It might not rewrite the book on ground breaking black metal (though, again, I suspect this is pretty damn early for this style of folky sounding black metal), but Kampfar’s Mellom is a master class of how to write some brilliant black metal without worrying if your music is KVLT enough.  Tracks like “Bukkeferd” show how adeptly Kampfar can switch between keyboards, driving black metal and folky sections without once sounding derivative despite the legion of bands that have been going back to this same well for the past 20 years:

A very good album, indeed. Haven’t listened to it in a while, though.