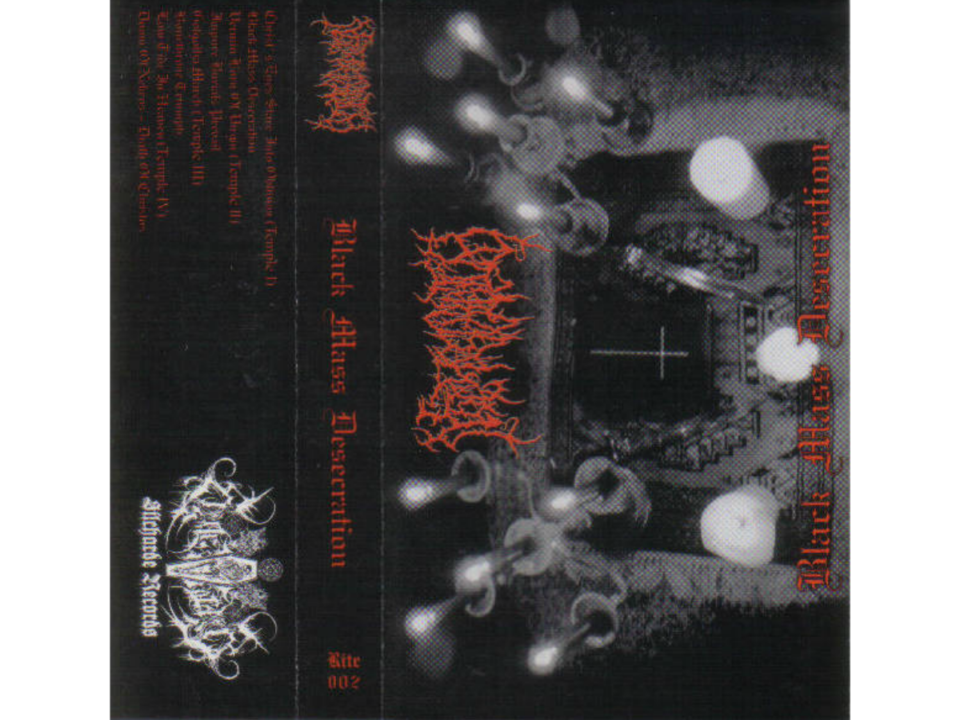 Despite my continued protestations that I’m not all that into death metal anymore, I’m actually pretty ok with bands that play “old school death metal” (OSDM) like today’s band.  Sure, the brilliantly named Necros Christos might kind of sound the same from demo to demo (and album to album), but damned if it’s not a great sound.  Today I’d like to take a look at their 3rd demo, Black Mass Desecration to see just what is so special about this newer OSDM band.

Necros Christos play a restrained style of down-tempo death metal that is at once supremely evil and chuggingly relentless in its approach.  They don’t break any speed records, but they make up for it in the atmosphere points for each one of their uncomonly catchy songs.  The title track for the 2003 demo I’m discussing today is an excellent example:

Slow to mid tempo riffing chugs along to the evil vocals in a kind of hypnotic death groove.  Each track is introduced by charmingly titled (“Vermin born of Vermin”) bits of ambient fluff that are brief enough that they contribute to the atmosphere without seeming unnecessary.  Oftentimes, like this sample from “Impure Burial’s Prevail,” Necros Christos sounds like nothing more than an extra evil Bolt Thrower:

But they are more than that.  The “old school” part of their sound ensures a more simplistic style of chugging death metal, a style I far prefer to the masturbatory “brutal” death metal stylistics of “moar riffs, moar faster” that so many newer death metal bands adopt   There is something really quite evil about every Necros Christos release.

Sure, like Bolt Thrower, they don’t take many chances with their core sound, but their string of early demos (of which today’s album is a particular highlight) excellently incorporate the Bolt Thrower aesthetic with some evil as shit Beherit stylistics.  Importantly, the brevity of their demo releases (today’s album only features 4 “proper” songs) ensures that their straightforward style never gets old (unlike their much longer full lengths that came later).

The album closer, “Doom of Nekros – Death of Christos” is a particularly headbanging example of just what Necros Christos does best:

That is to say, they play some rippingly badass Old School death metal with an emphasis on atmosphere and chugging badassery over the more technical impulses of modern death metal genres.  There might be more sophisticated bands out there, but none that make you want to headbang right along quite as much as Necros Christos.

Yeah man, this is some good shit. If you ever find a copy of their Curse of the Necromantical Sabbath EP let me know, I haven’t been able to track that down.