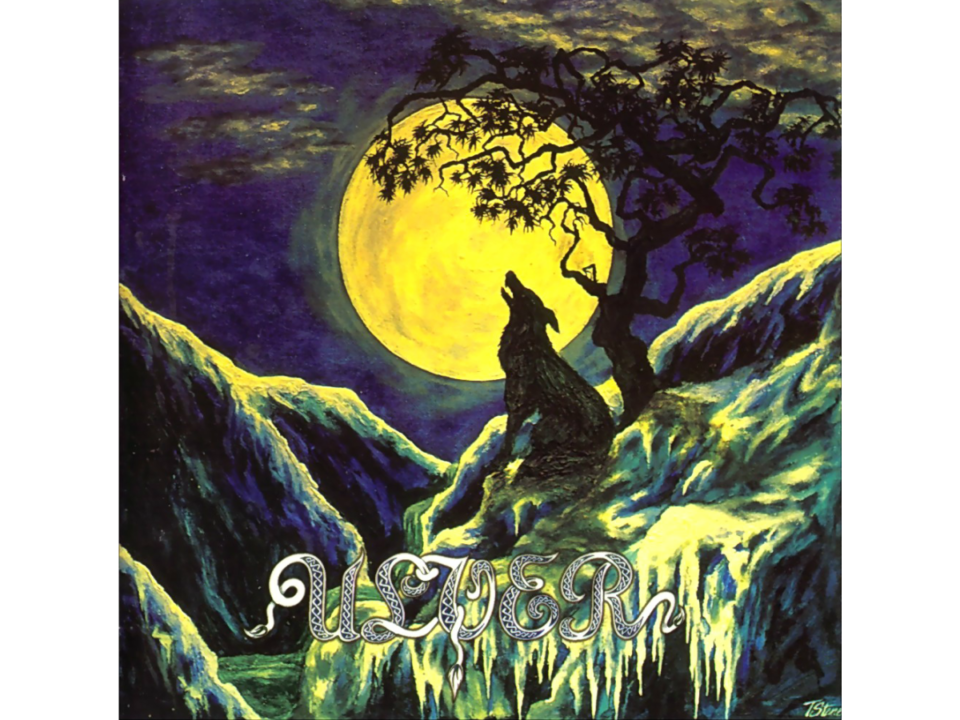 Welcome back to the final day of the Ulver holiday weekend!  On Saturday I covered, their black metal masterpiece Bergtatt, on Sunday I covered their easy listenin’ acoustic album Kveldssanger, and today I’ll cover their final foray into black metal, the not quite as derivative sounding as it seems, Nattens madrigal – Aatte Hymne til Ulven i Manden (The Madrigal of the Night – Eight Hymnes to the Wolf in Man).

Back when this CD came out, the general critical consensus was pretty much “a poor man’s Darkthrone.”  Thankfully, the years have been kind to this album.  This is partly because every black metal band post 1994 was a poor man’s Darkthrone and thus Natten’s Madrigal was only doing as the scene did, and partly because Nattens Madrigal is actually full of a great deal of thoughtfully composed black metal.

Just listen to this great riff from the opening song, “Hymn I: Of Wolf and Fear”:

Sure, the second part of that track could have been found on Panzerfaust, but that shouldn’t take too much away from what really is a great song.  Also, obviously, the production has dropped a few notches since Bergtatt and now resides firmly in the tweeter destruction range.  Again, in the post Transilvanian Hunger black metal scene such necro productions were all the rage, but I think the treble assault works here.  Back in the day I was even convinced (as many others were) that Ulver really did record this album in a forest.  I remember picturing them lugging all their equipment and a generator miles into the woods just to get the most kvlt recording of all time.

It quickly becomes obvious that this is not a release that will feature Garm’s famous clean singing.  This is, aside from a few acoustic/ambient interludes, pure black metal, often furiously fast.  Check out  this clip from Hymn II: Of Wolf and the Devil to see how most of this album sets the pace at “gallop” (along with setting the treble to 11):

There is a decent amount of variation as well, one of my favorite tracks is the old school metal styled “Hymn IV: Of Wolf and Man”:

Now that, right there, is METAL!

Unfortunately, not every attempt at mixing things up is successful for me on this album.  Take one guess what I don’t like about this riff from “Hymn VII: Of Wolf and Destiny”:

Hint: It rhymes with “major pee.”  Still, the major key moments are pretty rare, and are quickly forgotten in an album that is otherwise full of great stuff like this clip from “Hymn III: Of Wolf and Hatred”:

Would this album be featured here were it not “Ulver weekend”?  Honestly, probably not.  Again, I’ve had this album forever, and do enjoy it, but, at the end of the day, for the sound it was trying to capture, it was just a little too late to the black metal party.  Or, perhaps, Ulver realized that this album was already careening dangerously close to a creative dead end.  Perhaps this is exactly the reason why Ulver went on to ignore black metal for the rest of their career.  I guess there really is only so much you can do with tremolo picked riffs and a shitty production.

The only thing I don’t like about this album is the production. To me there’s so much treble that it literally hurts my ears. It just becomes fatiguing to listen to the whole thing straight through.

Still, while not as good as Bergtatt, I think this album still shows that Ulver are some of the best songwriters in black metal. And unlike some people, I actually like the major key flourishes that pop up here and there. Just like on the great “Elvenefris” by Lykathea Aflame, the major key passages here tend to suggest a greater emotional range, and provide a counterpoint that throws the minor key stuff into sharper relief.

Totally agreed on the major key thing–that is a truth universally acknowledged–just as long as you don’t have some mental disorder that prevents you from appreciating such things.

And I wanted to be more positive about this album, but it did feel like Ulver was squeaking out the last bits of black metal inspiration they had left for this one. Still plenty of good stuff but I couldn’t help but feel suspicious that it was just a little hollow at the edges anyway.