Mid-month Metal Masterpiece 33: Varathron – His Majesty at the Swamp 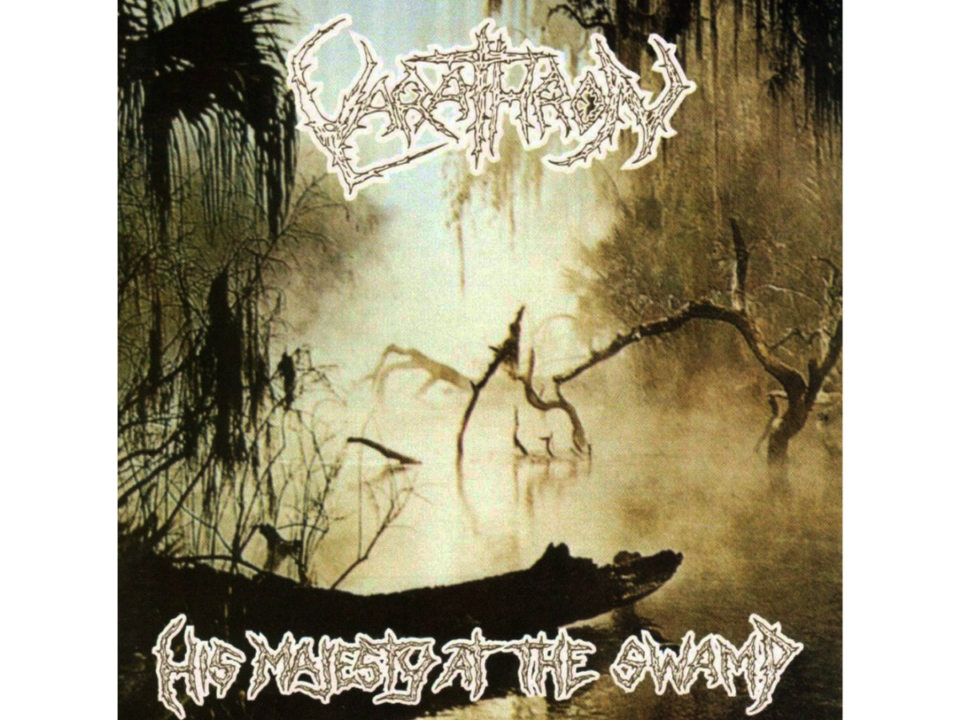 Sometimes “black metal” is a difficult genre to pin down. While 90% of black metal pretty much either sounds like Emperor or Immortal, there is quite a lot of diversity to be found in the other 10%.  Sure, it’s mostly all metal, and probably indistinguishable from more typical black metal to the casual listener, but for the non-casual listener, I’m sure it’s a confusing situation. Today, I’ll discuss a heavy metal band from Greece with death metal vocals and their seminal 1993 black metal album His Majesty at the Swamp.

Greek black metal has always been kind of an odd beast.  Rooted in more traditional heavy metal, bands like Varathron and Rotting Christ were a pretty unique combination of many different metal styles with a decidedly underground aesthetic to their sounds.  Even more traditional Greek black metal bands like Zemial and Legion of Doom put their own unique twists on the genre.

At first it’s tempting to write off the classic Varathron sound as too samey sounding.  There is a bit of a formula to many of their songs, and granted, the first two tracks do have very similar “mid paced riff leads into a fast palm muted section” moments, which you can hear in this clip from “Son of the Moon – Act II”:

When compared to this clip from “Unholy Funeral”:

However His Majesty at the Swamp is actually a quite varied album.

Again, there is the usual Varathron blend of chuggingly melodic heavy metal/thrash that you can hear in songs like “Lustful Father”:

And then there are songs like the quaintly titled “Flowers of my Youth” that are straight up second wave black metal:

The album highlight is probably the classic “The Tressrising of Nyarlathothep – Act I.”  The intro with its wailing solo could not be less black metal (well, sure, it could, but you get the point):

Of course, all it takes is for a bit of those classic, understated, Greek keyboards to give the whole thing a decidedly epic feel:

I’ve harped on this point before, but the thing that really makes black metal black metal is the atmosphere.  It doesn’t have to be satanic and evil as some might claim, but it’s gotta be epic and mournful as shit.  Varathron might incorporate elements of many different genres of metal (along with using the death metal cookie monster vocals instead of the black metal donald duck vocals), but metal bands really don’t come much blacker than Varathron anyway.  Which is why I was happy to have them as the centerpiece band on my black metal patch vest (that and the totally sweet evil wizard picture).

Varathron certainly have a lot more in common with a first-wave band like Celtic Frost than they do with what we typically think of as black metal. And yeah, I agree that they’re not really death metal, so I suppose your point about the atmosphere is just about right.

For all my life, I never understood why Varathron is called Black Metal, when in reality they sound like your typical Doom/Death band. The problem with Greek scene is that they sound too similar to Death Metal bands. Say what you want about Norway, but they really tried to sound unique and different from DM in every way, from aesthetics, image to guitar style, drumming, and production.

Yeah, they are mostly black metal atmospherically. Though, the only death metal influence I hear is in the vocals.