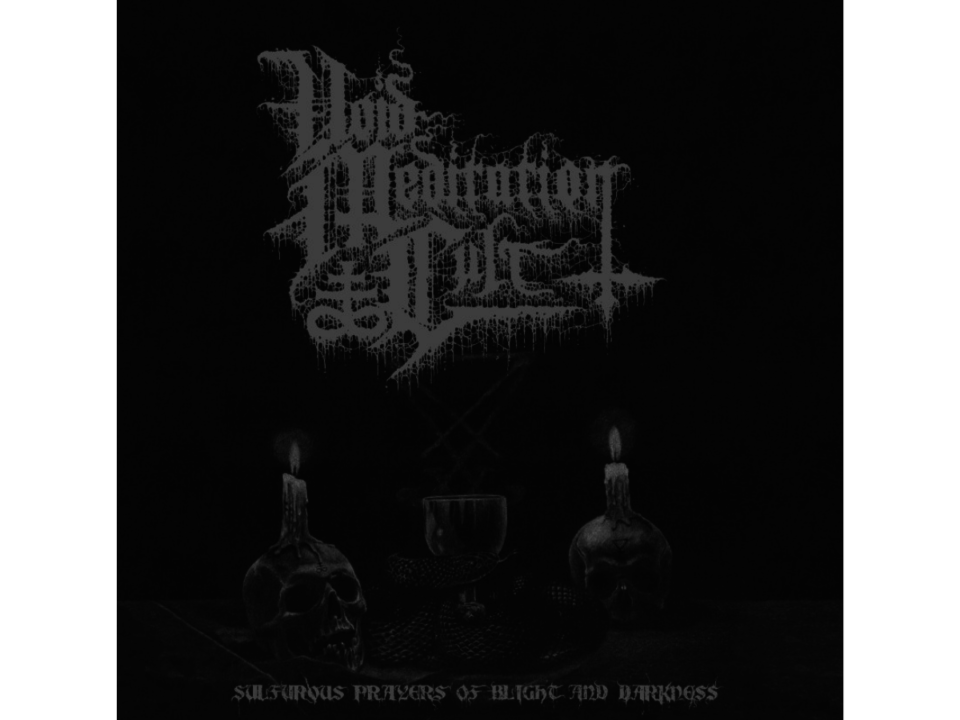 It’s another death metal month for MMMM, and this time we are going to take a look at one of those Incantation clones that seem to be everywhere these days.  Not that I’m really complaining, for my money, if you are going to do death metal and don’t want to stick to the tried and true old-school sound, you may as well double down on the atmosphere and play some straight up cavern-core.  Void Meditation Cult (formerly Sperm of Antichrist) does everything right on this ep that is hopefully the sign of continued moderately impressive things to come for this band.

As any cavern-core band worth its salt knows, production is everything, and VMC manage to capture a guitar tone somewhere between a chain-smoking bullfrog and a hive of angry bees.  The opening track, “Consecrated by Sacrifice,” uses this tone to its fullest potential as it comes blasting out of the gate:

Sure, Incantation and Demoncy have been doing this kind of thing for decades, but I really have to commend these guys for nailing the sound they are looking for here.  Not only is the music visceral and immediate, it has a real epic feel to the songwriting.

And, not that this is high praise for a four song EP, but there is a great deal of variety on this release as well.  While the guitar tone maintains the same low-register buzzing throughout, songs like the mundanely titled “Obedience to Evil” make excellent use of some chugging mid-tempo guitar work before going into a slowed down doomy section:

I might be the guy in the back yelling “play faster” at doom shows, but even the doom elements work well on this album.

Granted, the excellent atmosphere possibly elevates some of the songs to greater heights than they would have been capable of reaching with their songwriting alone.  “All of the Devil’s Temple” would probably not be as cool if you took away all the whispering, the lizard vocals, and the cool-ass synths:

On the other hand, I don’t think it’s entirely fair to criticize a band for making their album as sonically kick-ass as possible.  Nothing is over-done, even the dominant synths on the final track “Rites of the Ruminant Dead” never overwhelm the mix: