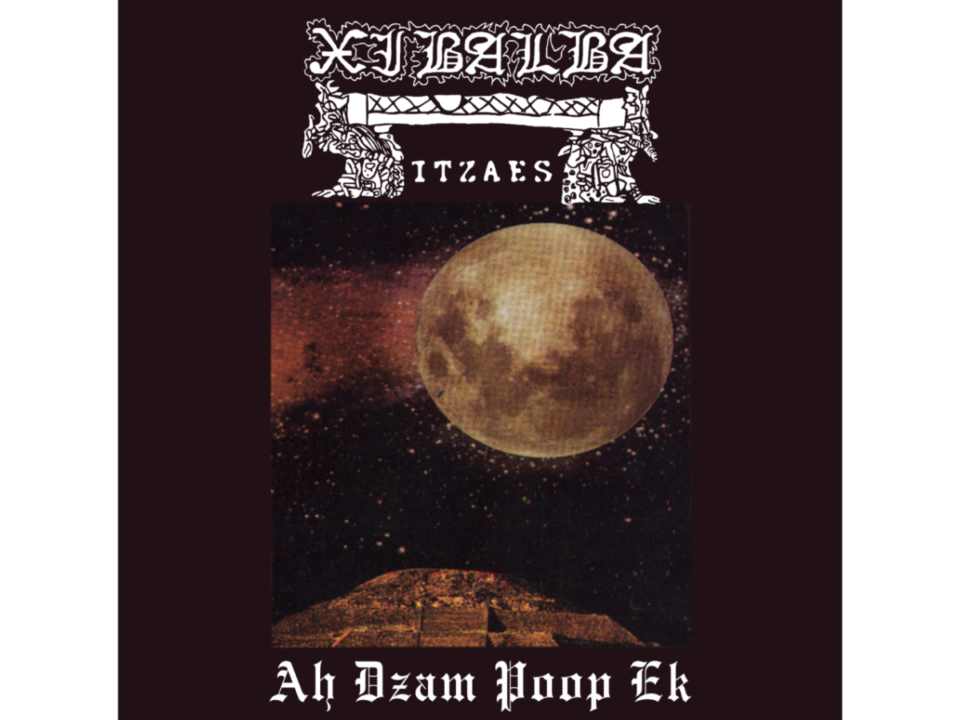 One of my favorite things about black metal is how each region of the world has their own take on the style.  Russia loves flutes and lots of em.  Poland loves having Rob Darken write the keyboard intros for every band that has ever released a demo.  France loves shitty productions.  Spain loves worse productions.  You get the idea.  Today I’d like to take a look at my all time favorite Mexican black metal band, Xibalba, and their unfortunately titled 1994 full length Ah Dzam Poop Ek.

Those hoping to see what Mexico will bring to the black metal table will not be disappointed with Xibalba.  Unlike their countrymen Auzhia who play a very typical (though excellent) brand of black metal in the Norwegian style, Xibalba really craft something unique with their sound.  From the very first song, “Furor Antiquus,” you get the Xibalba black metal blueprint of an intro played on Native instruments that leads into a very raw, almost Greek black metal sounding bouncy style of black metal with chainsaw guitars that manage to incorporate a great deal a clarity into such an excellently noisy production:

Black metal intros are usually the weakest parts of black metal albums, but on Ah Dzam Poop Ek, they are all pretty great.  I can’t tell if the band actually played them or if they are just clips from traditional music (probably the latter), but they are all pretty awesome, and really add to the whole doom filled Mayan atmosphere of the album.  Here is the chant filled “Outro,” to get a better example of just how awesome they are:

Which is not to say that there are no examples of more traditional black metal elements on this album.  “Signs of Eastern War” has a rather typical (though still excellent) black metal section to start the song.  Though it quickly gives way to a very Xibalbaesque repeated riff with rain stick accompaniment:

The album is at its most interesting with songs like “Bolontiku Vahom,” a long and ultra repetitive (it consists of only two riffs) instrumental:

The traditional percussion, rain sticks again, and the hypnotically driving riffs (including many subtle tonal and textural variations) make it one of the standouts on the album nonetheless.

There is an undefined quality to many of the riffs on this album that makes their repetition more bearable.  It’s like some kind of evil drum circle, where the riffs just keep driving forward and never quite overstay their welcome.  This clip from “Sac Ibteeloob Cab” (after the usual intro) is another good example of this:

Not that the album is entirely full of drone styled repetitive elements, there are really a lot of interesting riffs, like the part that follows the more traditional tremolo picked section of “In Demoanes Imperium”:

Lyrically, there are a couple of Latin holdovers from their demo, but the more interesting lyrics are the Mayan themed English lyrics of the album.  Granted, like most black metal I listen to, I didn’t even realize they had printed lyrics and only looked them up for the first time last night.  Still, the lyrics are a perfect compliment to the music.  I love how they have rooted themselves in the evil and apocalyptic elements of their own unique cultural mythology almost as much as I love their adorably broken English.  Here’s a good example from the final track “Itzam Cab Ain Katun”:

Pretty epic right?  And in case you thought the actual song couldn’t match the epic fussiness of those lyrics, think again:

“Ah Dzam Poop Ek” should really get more attention (beyond being “that black metal album with poop in the title”).  When  bands are willing to experiment with the sound many associate with black metal like this, they inevitably create something of lasting import to the genre.  In fact, I love Xibalba so much that (due to the fact that I couldn’t find any of their shirts) I went ahead a threw this design together to get made into a shirt at a local screen printing place: 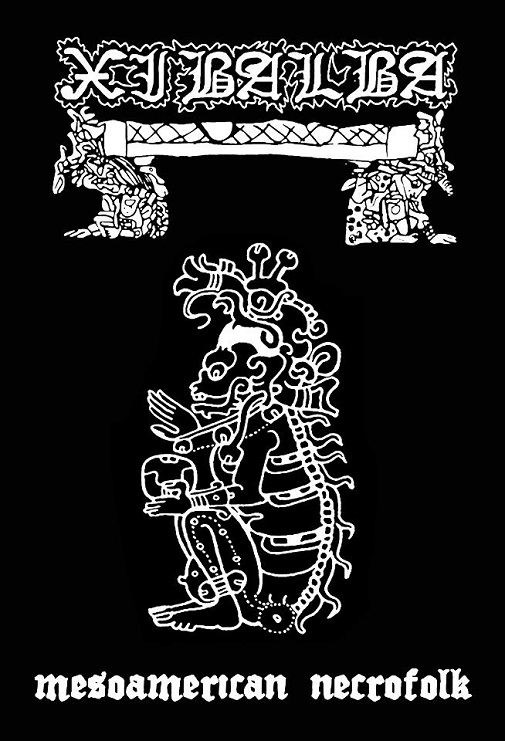 I didn’t mind letting Xibalba borrow the “necrofolk” descriptor from my own black metal band Unruh, I think  they earned it.

“Epic fussiness.” That is my favorite part of this post.

Though I don’t think it differs from early 90s Norwegian BM as much as you do, this is still good stuff. In particular, a lot of it has a Burzum vibe, IMHO.

Xibalba is pretty damn good, but why are their percussion and guitar so clear sounding?