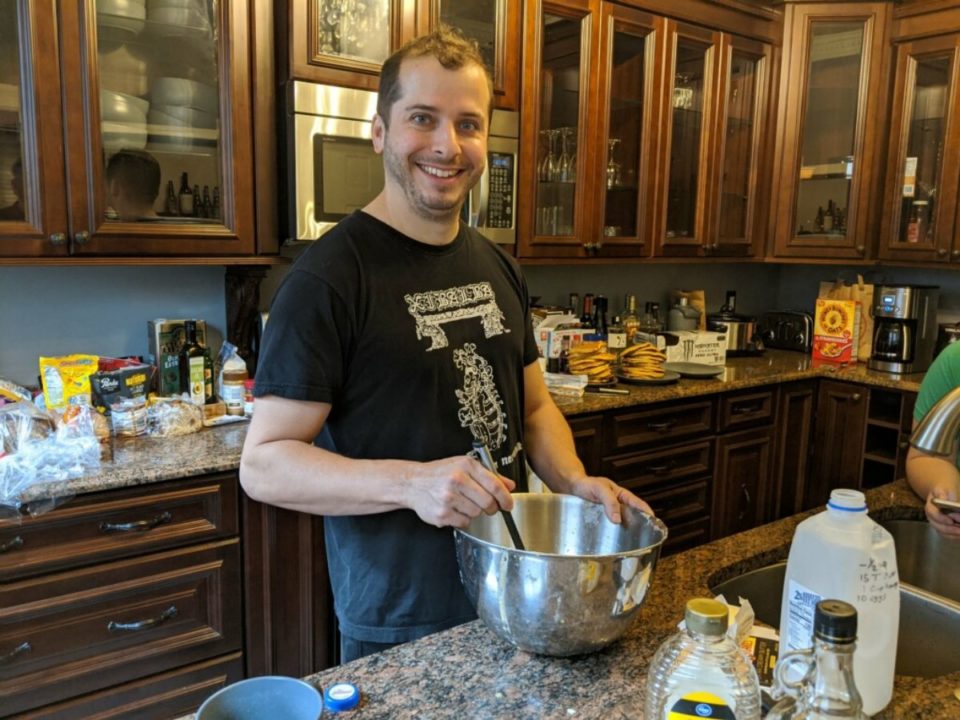 Once again I headed out to Saint Louis to get an airbnb with my game group instead of all of us shelling out to go to the big Board Game Geek convention in Texas (where we would just play games with each other all weekend anyway). Once again we didn’t end up playing quite as many games as we do at conventions proper, but I still got a lot of good stuff played, so here are some quick reviews of everything we played last weekend!

As usual, I’ve rated the games with the following scale from www.boardgamegeek.com:

With that in mind, here’s what I thought about the games played at this year’s Fall Game Retreat:

Bacchus Banquet (8) – Despite the somewhat low budget presentation, this was actually a pretty solid bluffing game. Lots of opportunities for double think (mostly in the “did they give me poison, or are they hoping I think it’s poison so I give them back something good accidentally” vein). Some of the roles (the gift collectors) are fairly obvious to figure out, and once the special power cards are out of play it’s not too hard to force a victory, but still a worthwhile game.

Blackstone Fortress (7) – Fairly standard Dungeon Crawl with plenty of chromey rules to make you feel like you are playing more of a real game than it actually is. Not to say any of it was bad (I actually really liked the initiative system, the dice action system, and the tiered dice resolution system), but at its heart this is a game of hoping to roll well against a bunch of monsters before too many of them respawn. My biggest complaint is that there didn’t seem to be a lot of thought put into the campaign system balance–as it was mostly full of incredibly random side encounters that you’d be a fool to attempt, alongside a ridiculously hard sequence of encounters (we barely made it through one…but apparently you need to do 6 or so in a row on some of the harder missions). Fun enough, looks amazing, but there are plenty of better options out there.

Cribbage (8.5) – This classic card game holds up pretty well against modern games, as there are plenty of choices to be made (especially in what cards you give your opponent. With only 12 cards in play out of 52, it’s very random, but there’s still plenty to sink your teeth into. The oddball rules about Jacks and shit don’t even detract from things all that much.

Horrified (8) – This is basically a Pandemic style game of running around and collecting items to take out various Universal Monsters terrorizing a town. There is probably sweet spot for players (3? 5 had too much downtime) and number of active monsters (3 was pretty tough) but I enjoyed this one quite a bit. Very simple, but plenty of tense decisions.

Kamasutra (8) – This is just a deck of ADORABLY illustrated Kamasutra sex positions and a pack of balloons. You partner up and try to be the first to pop your balloon between you and your partner’s crotches. It’s a great idea, and obviously hilarious to play, but it’s hamstrung a bit by there being a delicate line on balloon inflation between impossible to pop and instantly popping…if you know what I mean.

Krosmaster: Arena (10) – 90 plays in and I’m not even close to tired of this brilliant tactical combat game. A fairly simple distillation of Final Fantasy Tactics style gameplay is actually deceptively complex once all the team permutations (from hundreds of miniatures) and the interplay of your chosen teams’ powers is taken into account. No two games are ever the same, but they are always a ridiculously fun tactical brawl that will have you agonizing over all your misplays for hours afterwards. It goes without saying that the presentation is ridiculously good looking.

Yahtzee Deluxe Poker (7) – In this betting game you pull a card that has some set of dice you need to roll with 5 dice (and various amounts of tries). Then everyone bids on how much they will pay to try, followed by a round of bets on whether or not the person will succeed. It’s a pretty good idea, though I kind of wonder whether or not it is best to never bid on the cards and just bet correctly on all the low odds attempts.

Marvel Champions: The Card Game (5.5) – I assume we got a few rules wrong on this one, but as it was, it seemed like you just need to plop down a few heavy hitters and then ignore everything else while you attack the villain over and over again until he runs out of health. There might be a good game in here…but after stumbling through it one time, I had no desire to try again.

The Newlywed Game (5.5) – A modern version of this could actually be pretty good…and the 1967 version (which was REALLY obsessed with the husband cheating with “blonds”) was definitely good for a few laughs. The game itself ran far too long, and had too many dud questions to really be worth playing for more than the novelty value. Still fun to chant “fight fight fight” at the couples arguing over the answers to some of these.

Nine Tiles: Panic (9) – This is a really solid little game where you frantically flip over your nine tiles (with 18 unique total sides) to make a little 3×3 city that hopefully maximizes score based on the randomized objective cards drawn at the beginning of the round. Surprisingly hard to try to get the most dogs while also having the least roads and the most captured aliens. The only downside is that finishing first is a huge advantage (ties are pretty common on some score cards), and, at least in our games, everyone seemed to finish at roughly the same time–which made the scores pretty swingy.

One Night Ultimate Werewolf (10) – This takes everything bad about Werewolf (no information in the early nights, player elimination) and gets rid of it by massively upping the information available and restricting the action to a single round of “discussion.” Plenty of opportunties for roles to switch means it is rarely a sure thing who is who–I really don’t see much reason to ever play regular Werewolf when this is an option.

Sharp Shooters (8) – The usual Yahtzee style roll, reroll, etc, except this time everyone is working on completing the same card of dice combinations–some that score points, some that take them away. Basically a game of kill-stealing dice combos, with too many players it can feel pretty random, but with the right amount there are a ton of agonizing choices to be made here!

Someone Has Died (7) – This is just a group storytelling exercise, with a nice selection of silly cards to attempt to form your story around. There are some good ideas here (objection cards that force others to adjust their story), and it’s definitely fun with the right group. On the other hand, there are probably a few too many backstory cards to really make a good story, and, of course, it’s not really a “game.”

Terraforming Mars (7.5) – This “number 3 best game of all time” is a pretty hefty engine-builder as you manage a whole host of resources and victory point tracks. However, the game is really just about the deck of cards, as that will dictate 90% of your choices in the game. Cards seemed reasonably balanced, but it sure is a lot of hoops to jump through to try to hope you draw the right cards at the right times.

Warcry (7) – This could have been so good, but instead settles to be just a fun dice chucking combat game. The dice special abilities are good, but the game’s biggest flaw is how critical hit focused it is, which makes combat really just revolve around rolling sixes–cover, armor, and strength be damned. There’s not a lot to sink your teeth into, but for running around and swinging swords, there’s still fun to be had here.

Zombie 15′ (8) – If I’m going to go on a big zombie kill-spree, keeping gameplay to 15 minutes seems like the way to go. This makes good use of the app to keep the pressure on (and the ever growing zombie horde really ratchets up the tension as well) as you run through the street attempting to take out as many zombies as possible in real time before your weapons are all out of ammo and the horde comes. Perhaps a bit too simplistic, though I suspect later missions add enough to maintain interest.