Minor Key Monday 33: Music for the Goddess – The Ram and the Lamb

One of the (many) great things about www.ablogisatreat.com has to be the large number of SUPER SUPRIZE PRIZE contests that site-runner Jessica hosts on a regular basis.  Basically, she gives her readers some task, and whoever is the best at it gets a SUPER SUPRIZE PRIZE!  It’s kind of awesome.  Anyway, I’ve won a SUPRIZE PRIZE or two in my time, and in case the Barbie stickered packaging that makes your mailman give you funny looks throws you off, the SUPRIZE PRIZES are actually a lot better than the sum of their temporary tattoo and ironic plastic novelty toy parts.  For instance, today’s song was actually discovered via SUPER SUPRIZE PRIZE!

I received this CD (it looks shopped): 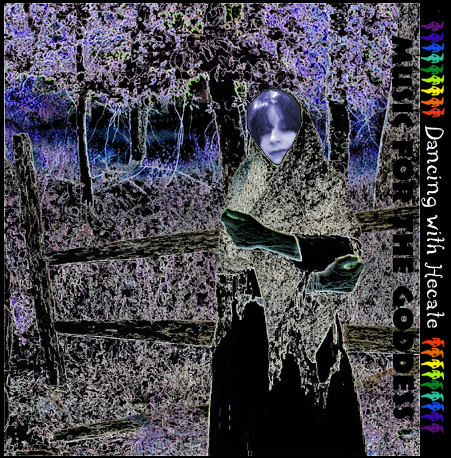 …as part of a particular SUPRIZE PRIZE.  I know what you are thinking, “ha, ha, good one Jessica!”  But oh no, I wasn’t about to so flippantly write off a carefully selected SURPRIZE PRIZE.  So I popped that baby in, and boy was I in for a pleasant surpri[z]e!  Actually no I wasn’t, the first song, “Badger Dance,” was, perhaps, one of the worst things I’ve ever heard in my life, and I’m an Ildjarn fan.  Still, I wasn’t going to let bleeding ears and major keys keep me from rudely ignoring a SUPRIZE PRIZE, so I bravely carried on.  And, I’m afraid to say, each power ballad, smooth jazz and hard rock song seemed worse than the last one.  Worse that is, until I came to the absolutely sublime track “The Ram and the Lamb” which I am featuring today.

Am I being a bit facetious calling it “absolutely sublime”?  Well, yeah, of course, I mean, the soulless cliche Charlie Brown piano line that opens it makes me want to throw up in my mouth a bit every time i hear it, and I don’t even think those are real flutes.  But you know what?  A trip to ren fest yesterday taught me something.

See, I went with my friend Brian.  You may remember him from such comments as “every Mid-month Metal Masterpiece ever.”  Anyway, Brian and I appreciate shitty metal more than most people, and as I was walking around ren fest rocking my Isengard shirt and checking out the various musical acts with him, I came a realization.  As poor as the musicianship was from most of the ren fest musicians, they were actually playing songs that were, honestly, better than 90% of all black metal band intros, and 100% of KVLT folk/black metal band Isengard’s (whose shirt I was so proudly wearing) possibly satirical musical output.

With this in mind, I figured I may as well own up to actually kind of liking that one song from Music for the Goddess’s 2005 album Dancing with Hecate.  I don’t know what minor key folk melody she ripped off with the vocals, but it’s a good one, and I give it two thumbs up, way up! 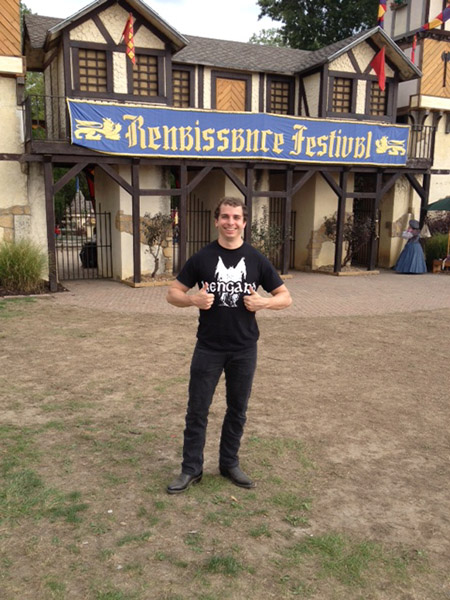 Just, whatever you do, do NOT listen to the rest of the album.  Well, except for “Uruk,” that song was pretty good.  Oh, and “The Ishtar Pomp” too.  But man, seriously, FUCK “Badger Dance.”

ALSO, for those wanting to get in on some of this hot SUPER SUPRIZE PRIZE action, Jessica is currently running a “Name Our Router!” contest HERE.  And currently, 8 of the 10 entries are mine (in the hopes that I’ll get one of the last ten copies of Music For the Goddess’s debut album Goddess Mandala as my surprize prize), so there is still plenty of room for a last minute upset entry.

How can you go to the Ren Fest without a drinking horn full of mead? I call shenanigans.

I only drink single malt Scotch these days Shena, and the ren fest offerings were grievously overpriced.

Heh, even considering your growing appreciation for black metal, I’d say that is definitely true.

Though, as I relistened to that Isengard while finishing this post, I was tempted to recant every bad thing I said about them…Isengard is awesome, I don’t care what they say.

Isley, I gave you a liter of mead. No excuses.

Damn, you got me there.

Yeah, Isengard is so awesome, I bet no one can even remember the name of that other band Fenriz used to be in. What were they called, again?

Heh, Fenriz on Isengard: “Isengard… I don’t understand why people like it so much. The thing with Isengard is that what people like are the elements I don’t like. That’s the Folk Metal element, but I hate Folk Metal.”