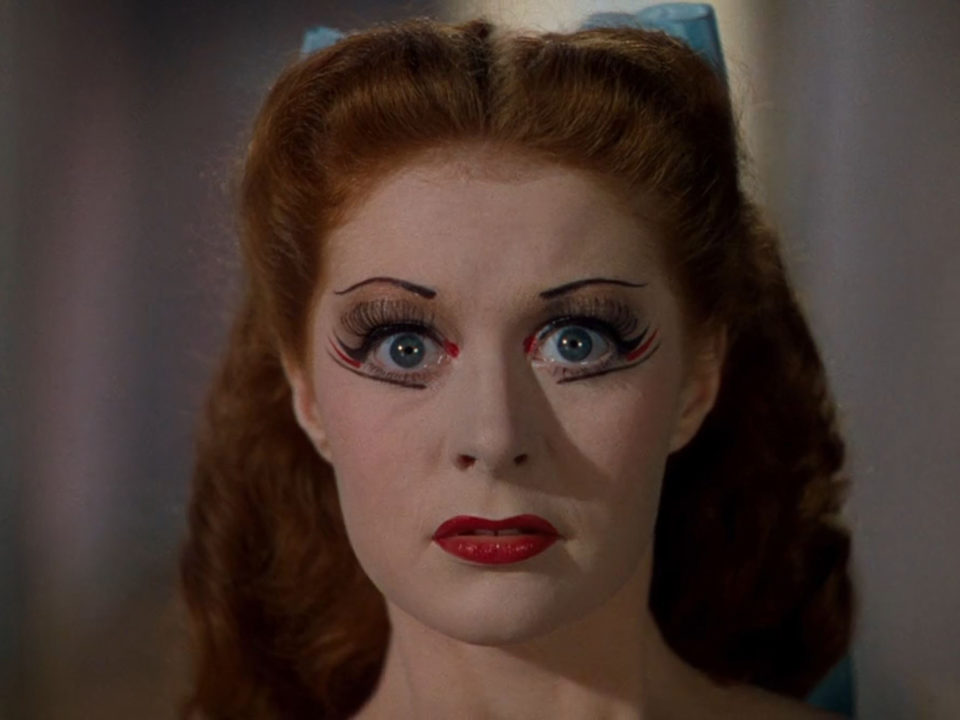 There are many movies “about” the creative process. Sometimes they can be indulgent (“key word here is ‘indulgent'”) self-referential films about making a film like Fellini’s 8 1/2. Sometimes they can circle right past indulgent and land at “insightful masterpiece” like Fassbinder’s Beware of a Holy Whore. Still others can find something profound in watching an old man paint a canvas for four hours like Rivette’s incomparable La Belle Noiseuse. But one thing the best films about “making” share, is that they, for a brief portion of their runtime, are able to illuminate something indescribable about the act of creation. Powell and Pressburger’s The Red Shoes does just this while elevating the “let’s put on a show” musical genre to an abstract, technicolor apogee.

This really is just 42nd Street, dressed up at the hands of master craftsmen. An imperious ballet director takes on promising newcomers, and through sheer force of will proves he was right in seeing something in them when his newest ballet ends up being a crowning achievement for all of them. Thankfully, unlike, 42nd Street, the director’s tyranny does not end up being shown to be justified. Playing the director, Anton Walbrook hangs on to hints of his Gaslight villainy in a great performance that makes the character’s methods justified in only the loosest sense of the word. A slave to his “art,” his expectation that his cohorts follow suit is his greatest flaw–no matter the results he gets.

And the results are impressive. La Belle Noiseuse had the sense to never show the titular painting, but Powell and Pressburger, in a colossal act of arrogance, said “fuck it, let’s put the ballet into our movie,” and somehow made it every bit as good as the story said it was supposed to be. Taking a queue from Olivier’s Henry V, the ballet starts on the stage and then shifts onward, only, rather than slowly adding elements of realism, the ballet gets more and more bizarrely abstract until even Busby Berkeley would have probably thought “ok, this is all a bit much.”

And that’s only half the film–there is still the love story, that would otherwise have been as superfluous as a Zeppo Marx storyline, but in this movie manages to lead to something even greater. Neatly drawing together the fanatical tyranny of the director, the constant battle between the act of creation and every other aspect one’s life, and even the actual plot of the titular ballet itself, the film takes a simple love triangle and builds it to a powerful denouement that suffers not one bit when compared to the abstract thrills of the central ballet.

The sacrifice needed for a true masterpiece can be a great price to pay, and for most of us, it is good enough to stop at good enough (for instance, a rushed, overwritten blog post finished 10 minutes before my monthly deadline). But the fanaticism required for pure unadulterated creation almost seems justified while watching a movie like The Red Shoes. The thrill of creating something from nothing through sheer force of will is undeniably intoxicating. And that ineffable intoxication is on full display in The Red Shoes–both on screen and off.