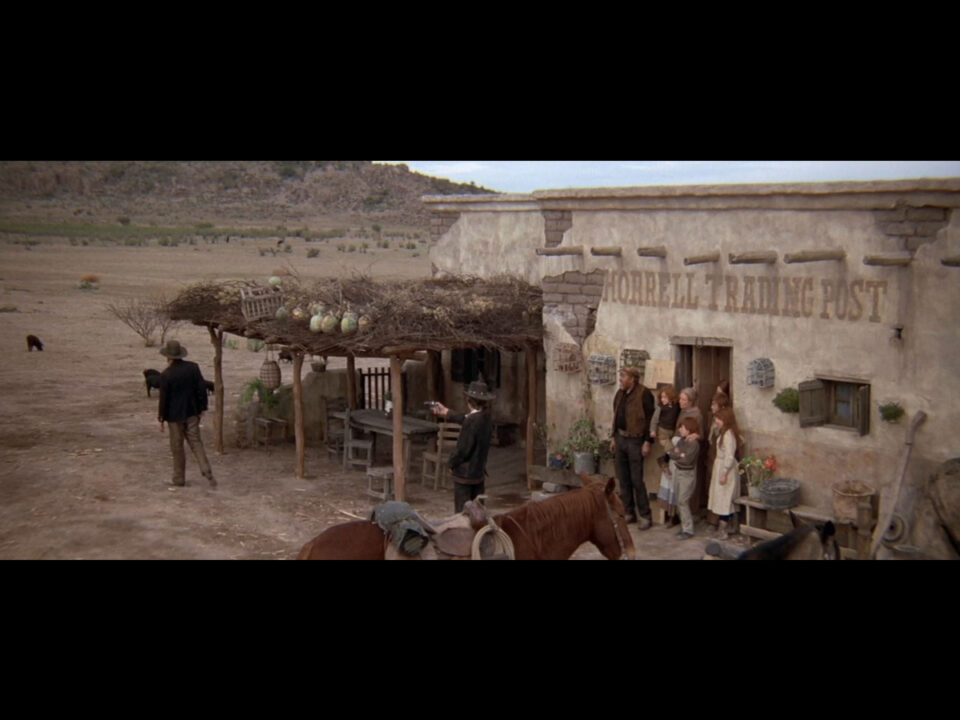 I’ve never been the biggest Sam Peckinpah fan.  He’s just a little too revisionist, a little too obvious, and a little too over-reliant on slow-motion bloodbaths. While nothing will ever compare to peak pre-revisionist classic Hollywood westerns, a large part of my resistance to Peckinpah’s movies is how often his most egregious stylistic excesses are quoted by hipster-darling pseudo-indie action directors. Still, no amount of shrugging at John Woo movies can hide the fact that Pat Garret and Billy the Kid is one hell of a western.

Like The Wild Bunch (and Ride the High Country, and, I’m sure, a bunch of others I haven’t seen), Pat Garret and Billy the Kid is all about how the times, they are a-changin’. It’s a good theme, and packs with it one hell of an elegiac punch if done right–even many of my favorite classic Hollywood Westerns were striated with the slightly foreboding specter of the inevitable coming of “the East.” And, while Pat Garret and Billy the Kid is by no means subtle with its theme, its heavy hand actually works in its favor. It is a film of grand poetic elegy, of loss, and, most importantly, nihilistic doom.

Like the gangsters I cranked out a thesis on, both Pat Garret and Billy the Kid do not belong in their world any longer. The times have passed them by, leaving them as glitches in the matrix, not even their friendship being enough to save them from their certain doom. It’s heavy stuff, like wild animals in a hunter’s net, Pat and Billy fight on to the bitter end, fully aware of where their road is taking them, but unable to escape anyway.

Billy, takes the poet’s way out, shooting, fucking, and rebelling to the very end, never letting the fact that men like Chisum have already won give him pause for even a second. Pat, on the other hand takes the pragmatic “coward’s” way out, selling out to the man, but not forgetting who he is, or what the selling out is costing him. Neither one is right, and both end up the same kind of dead. However, in both their friendship and their one last battle with each other, they briefly rise above the suffocating strictures of the world around them and find a small piece of what once was. A noble fight, but doomed all the same.