My top five farts of all time. 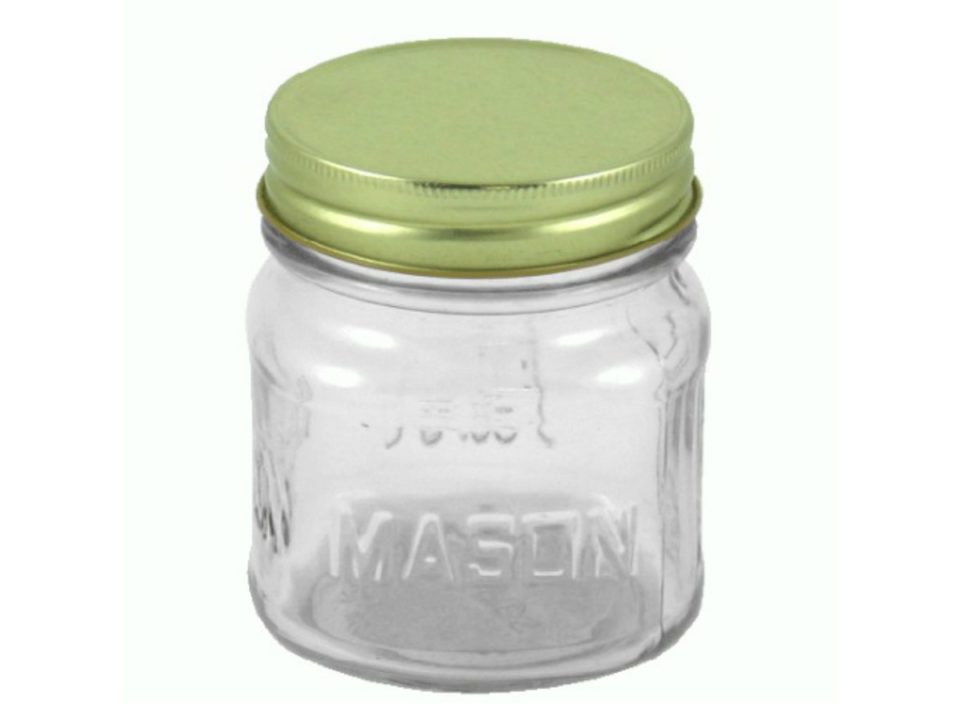 Maybe it’s a guy thing, maybe it’s an Isley thing, but farts are kind of hilarious. With that in mind, here are some of my favorite cases of the vapors from the past decade or so!
5 – It only smells like I shat myself.

My fifth greatest fart of all time happened during a balmy summer evening in 2001 when my buddy David had just picked me up to head out to a movie. As with many of the stories in this post, a perfect storm of nose searing stench had been brewing in my large intestine all day. As we drove across town I felt the mother of all farts coming on, one that I knew would rival any fart I had done since high school (see 2). Jumping on this golden opportunity, I suggested rolling the car windows up so we could turn the air conditioning on.

Thirty seconds later the car was pulled over to the side of the road, I was laughing so hard I couldn’t breath (which came in handy actually) and David was hanging out the car door with the dry heaves. Even with all the windows returned to their down position (and child locked after my attempts to put them back up) the smell only seemed to intensify with each passing second.

It was an unholy cross between a stockyard after a rainstorm and the hippo pens at the zoo. David could only shake his head and mutter “what the fuck is wrong with you!?” as I gasped out “oh my god I just shat myself” over and over while brushing away tears of laughter.

Calmly he put the car into gear and made a U turn. Fearing I had gone too far at last, I asked “uh…why are we going back to my house?”

With disbelief, David shouted “Don’t you have to change your pants????”

Seeing the source of his confusion I quickly explained that I had not actually “shat myself”. Though still suspicious he turned the car around again and we headed back to the theater as the green haze in the car slowly drifted out the windows

My fourth greatest fart of all time comes from back in the spring of 2000 as my glory days at the scholarship halls were nearing their fiery conclusion. We had four guys all living in the same room (with a bed-less “party room” next door) which meant that with girlfriends there were sometimes as many as 8 people all sleeping in one small room.

Well on one particularly crowded night, I felt the greatest buildup of gasses my doughty intestines had ever withheld reaching a bursting point. Seeing my opportunity to even the score with my boy Aaron for every time he farted in my face (often catching me with my mouth open), I slid out of the bottom bunk and standing on my head with my ass a foot from the edge of the top bunk, I called to Aaron, “hey man, your alarm clock looks like it is unplugged.”

Straining with every muscle in my sphincter to hold the volatile gasses in until he was within firing range, I waited. As the top of a head appeared above me and moved down to the desk where the alarm clock was located I couldn’t hold it any longer and “unleashed the hounds” in what was the most violent, lengthy and powerful fart of my life.

Unfortunately it was Aaron’s girlfriend that had leaned over the top of the bed and not Aaron. As witnesses in the room were later to describe it, it looked like she was riding a centrifuge in a wind tunnel. Though my victim had escaped (for now…see 1), it was a fart for the ages.

This particular fart was more notable for the circumstances of its delivery than any particular exceptional characteristic. It was the summer of 2006 and I was on a family vacation in New Mexico. On a particularly muggy day we were touring some Native American ruins.

After climbing a couple hundred feet of narrow ladders we came to a large cave with a hole in the floor that led to a tiny ceremonial chamber where only the most sacred of ceremonies were performed.

My dad, brother and I climbed into the chamber to look around. Suddenly a small fart sounded in the cramped enclosure. My brother immediately took credit with an “oh yeah…how do you like them apples”. No sooner had our giggling subsided than my dad let loose his own gaseous rejoinder. At this point the smell was beginning to get a little out of control, but I knew what I had been called upon to do.

There are moments where a fart could just not have come at a better time. Your girlfriend says “hmm…I lost my sock in the sheets, just a minute, I’m going to go under the covers to find it.” Or your buddy says “crap I got my head wedged under this chair you are sitting in while looking for my contact!” At times like these I can become a religious man praying for a fart.

Well a fart contest with your dad and brother in a sacred Indian ceremonial chamber is no exception and I’m happy to say I summoned forth an appropriately foul fart just in time.

As we exited the small chamber we realized that another family had entered the large cave and were waiting at the entrance to descend into a gaseous hell of our own creation. Sometimes the circumstances justmake the fart.

2 – Exposing the flaws of our legal system.

Now, we’ve had some awful smelling entries. We’ve had some entries bolstered by the circumstances of the fart. My number 2 fart of all time on the other hand was both the worst smelling and most perfectly timed fart of my life. It was the fall of 1995 and I was suffering from a case of eating far too many of the Unruh family’s famous “slow cooked with 40 cloves of garlic” pinto bean burritos the night before.

I mean, these farts were bad when I got to school that morning, and only getting worse as the day went on. I had been carefully releasing the pressure between classes making the passing periods look like something out of the end of Goldfinger.

However, a little random passing period gas was not number 2 fart of all time worthy. No, what made that day special was that it happened to be “mock trial” day at our school, a carefully structured simulation of our country’s legal system. My art class was to be the jury and as we convened in the tiny storage room in our library to decide the fate of the defendant I felt the inner rumblings of something great building in my rectum.

Trembling with excitement at such an amazing opportunity, I pushed one ass cheek down hard into my chair and then shifted my weight to the side. I could only hope that that old trick would work, but it was a risk I had to take.

The room was so cramped that the 12 of us plus our art teacher were seated and standing shoulder to shoulder. As I released the toxic fumes I breathed a sigh of relief, it was indeed silent and yet still sure to be deadly.

So powerful was the stench that it seemed to hit the entire “jury” at once. It was the single most foul smelling thing that has ever come out of my ass. We had a near riot on our hands as everyone panicked at once. Retching and clamoring for the door, we were stopped short by our art teacher who, eyes watering and fury in his voice, said “I don’t know who did it, but no one leaves this room until we have a verdict.”

In five seconds we agreed “fuck it, guilty!” and stumbled out of the gas chamber into the rosy fresh air of our high school library.

Yes, on that day I altered the verdict of a fair trial with the power of my anus. Rectum? Nearly Killed’um.

1 – Have you ever smelled a jar this dirty?

Many who know me have probably already guessed what my number one fart of all time was. It was the spring of 2002, and I was living a house on Mississippi with my college room mate Aaron. Many battles had been won and lost in the great Isley/Aaron fart wars, but I had yet to win a decisive victory.

Knowing that we were soon to move out and I must strike while the colon is hot so to speak I decided to put the previous night’s meal of brussel sprouts, 21 bean garlic chili, steamed broccoli, a pack of fig newtons, a six pack of Guinness and a jar of pickled okra to the best use possible. The stars were in alignment and all signs pointed to Aaron learning the true meaning of the Carcass song “Reek of Putrefaction”.

Suddenly with a lurching rumble from my lower intestine I realized that the arrival of the promised one, the fart messiah if you will was coming and could not wait for Aaron to get off work. Panicked I looked around the kitchen and saw one of Aaron’s mason jars he would make his protein shakes in.

In a plan that was so crazy it just might work, I clamped it to my ass at the last minute and let loose the worst fart I’d had since high school. It sounded like I was filling up my car tire as the jar filled with a greenish tinged gas. Quickly clamping the air tight lid on I returned the now vibrating jar to the counter.

Aaron arrived home and began doing his dishes. Scarcely able to contain my giggling I said “you might want to smell that jar before you use it, I think it had some rotten milk in it.” He grunted “sure” and continued washing dishes.

Then it happened…I remember it as if it were a dream. He reached for a the jar, removed the lid, stuck his nose as far in as it would go and took a long slow sniff. I’ve seen wrestlers heads snap back slower from ammonia packets. Unable to process pure concentrated fart evil, his mind must have snapped because he actually went back and smelled it again just to make sure.

As he was pouring milk into his nostrils and attempting to come back from his bad place I could only laugh uncontrollably. “I…farted…in…that…jar…”

Yes, the great fart wars ended that day in decisive victory. You know, until a new series of fart wars started the next day.

One of the funniest things ever. BRILLLIANT WRITING!!!

Maybe do a Top 5 that you’ve suffered. I know that one J cut in the Taco Bell drive through is in my top five.

Oh god, yeah, that beat out even my “hung jury ending” fart judging on smell factor. The really frightening thing is that he cut that fart BEFORE eating Taco Bell!