An Open Letter to ABC RE: Your so-called ReaLARPy show, The Quest 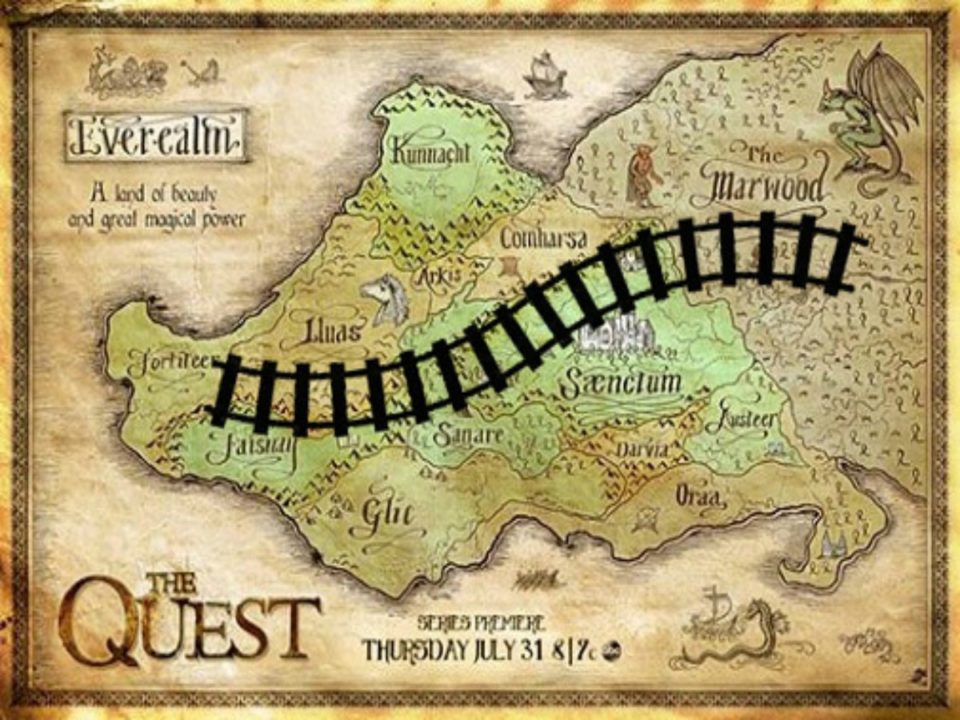 Since you claim to be in the “storytelling” business, let me begin with a story. Once upon a time there was a reality show.  With its proclamation that it would be a show made “for us” “by us,” many a nerd in the realm did go from 6 to midnight.  But lo, upon viewing the final product, many a breeches-swelling husband bulge did pass like rain on a mountain.  For, truly, the only “role” played in this “quest” was that of producer, informing the so called “players” what their limited “choices” might be.

With this tale finished,  I come to a conclusion and pronounce my judgment. I condemn The Quest; I bring against The Quest the most terrible of all the accusations that an accuser has ever had in his mouth. It is, to me, the greatest of all imaginable corruptions; it seeks to work the ultimate corruption, the worst possible corruption. In short, The Quest is railroading its PCs.

We’ve all been in those campaigns before.  The ones where DM fiat and bolts from the blue steer the PCs on a carefully crafted railroad journey into the depths of boredom.  I had hoped for so much more, I had hoped to see the most basic tenets of role playing respected and nourished rather than mishandled so badly. I haven’t seen such inept fumblings from a group of people so obviously out of their depth since the time I practiced bra removal with a bag of pipe cleaners and an ultimately ill-fated watermelon.

There was only one scene in the entire first episode that even gave a spark of life to my manhood (that, otherwise, was as if frozen in moist, tighty-whitey carbonite* for the other 55 minutes of the program).  It was when the PCs were taken to castle Sanctum and forced to await their fate at the hands of the Vizier (because, apparently, Everealm is some manner of Arabian Nights style world?)  Suddenly The Quest came alive like every good role playing game does when PCs are given actual CHOICE instead of being forced straight to world 1-3 with nary the chance for a warp zone.  Of course, producer intervention most likely assured that the PCs did not attempt to escape their captivity, but rather waited on the Vizier like good little railway passengers.  Next stop, a pre-arranged siege challenge!

And, if I am forced to watch some railroaded D&D adventure, at least make it believable!  Why put the bolts so far away from the Scorpions in the idiotic siege challenge?  Why fill a castle with lanterns and candles if they are obviously powered by electricity?  And, most importantly, in what world would a group of adventurers think that 13 Paladins would in any way make up a balanced party??  I hope they all succumb to a pit trap in the next episode so I don’t have to watch another second of your railroaded excuse for a live action role playing reality show.  Even that wretched nerd minstrel show known as The Big Bang Theory manages to understand that “choice” is actually pretty crucial to the very idea of an RPG in their various D&D episodes.

Never let it be said that I am a petty man.  I think my demands are reasonable.  All I ask is that you take this adventure into the war-torn lands of Everealm off the rails.  That, and, at the very least, get a fracking rogue in your party!

*It has been pointed out that, were my man-handle frozen in carbonite, it would be rock hard.  Which, while true, my intent with the metaphor was that it was frozen in an unaroused state.  It would be more akin to a calcified acorn rather than the mighty walnut it could become at the thought of a reaLARPy show that actually lived up to its name.  I hope this clarification helped.

Why am I so sure “since the time I practiced bra removal with a bag of pipe cleaners and an ultimately ill-fated watermelon” actually happened?

Hehe, damnit, that did NOT happen (and you really don’t want to hear how that story turned out for Eugene).

Though, I did once hear a guy (during a D&D game) refer to his erections a “like a calcified acorn.” So, there is that.