An Open Letter to the Internet RE: Refraining from Game of Thrones Spoilers Until I Watch Episode 7 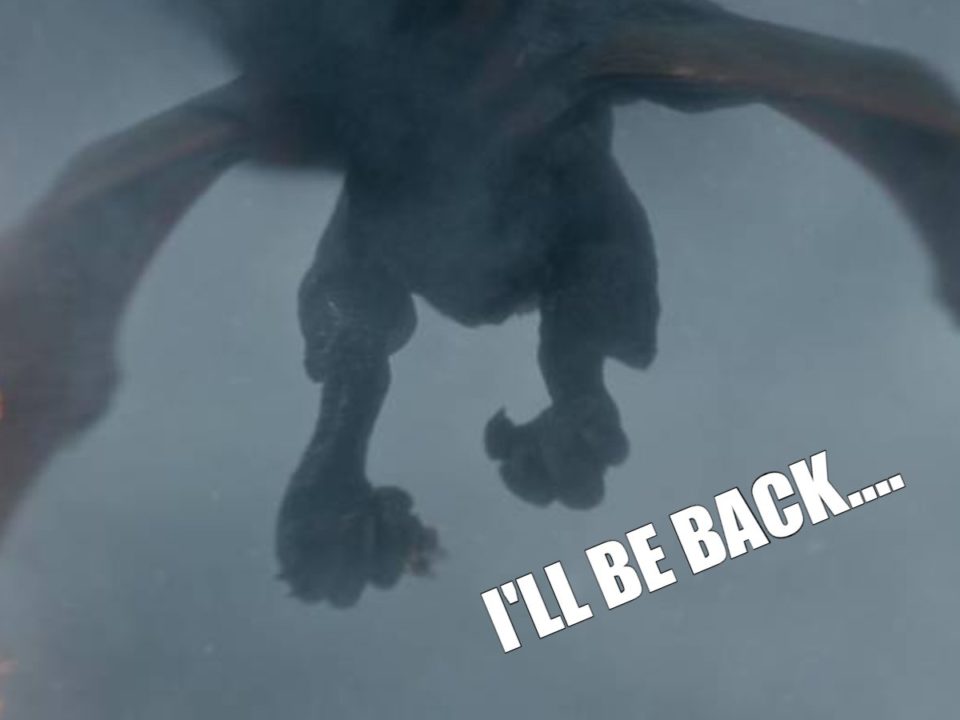 Hello internet, it is I, Eugene Pendergrass, once again bulging above the interweb seas like a nightmare from the darkest depths of HentaiHaven [RIP!]  Only today, I bring not be-tentacled venom, but rather the potential to avoid future multi-pronged wrathful gropings.  Today I come with a warning to any would-be Game of Throne‘s spoilers out there.

Unfortunately, I must extend my longstanding “no spoilers for 72 hours after Game of Thrones airs” policy (a policy that would have, normally, expired tonight).  Due to circumstances outside of my control (namely, my mom committing one of the classic blunders by cancelling our HBOnow subscription last Monday, with one episode still to air in the season), I will not be able to watch episode 7 in as timely a manner as I am typically able.  Thus, I humbly ask that no one reveal the final fates of Arya in the western waters, Jon north of the wall, and Daenerys wherever Drogon took her to heal until such a date as I have had adequate time to navigate the Knossan maze that is HBO’s customer service line.

No one understands the importance of posting the latest Game of Thrones memes in a timely manner as well as myself.  My longtime nemesis Gwaihir_69 roundly chastised me [deservedly so] for attempting to bring back the past-its-prime Downfall meme in my recent “Hitler Reacts to inaccurate latitudinal distances on Game of Thrones” video.  Still, I would remind those in my online social circle (as if there are any other kinds of social circles!) that this new policy is still (most likely) going to be far more lenient than my policy for the previous two seasons of “no spoilers for the next 25 years, or until Martin’s books catch up to the show.”  I have, in recent months, realized that the books may not be released in my lifetime, and have, at least withdrawn that restriction, I now only ask that everyone hold off on spoilers until such a time as I am able to watch episode seven.

That said, I WILL entertain discussions as to what might have happened in the final episode for those who also have not seen it.  Namely…

Arya going off to the “West” seems rather pointless, but eagle-eyed viewers (who are not immaturely preoccupied with spotting the latest anachronistic beverage container) might have noticed the head-shaped sack next to Arya on her ship. I assume Arya is off to find the High Red Priestess Kinvara in Volantis (which is so far east, it is West of Westeros) in order to resurrect her father. As to what kind of body they will put the head on, that’s anyone’s guess, but, personally, I’m hoping this will be where Martin’s recent revelation of unicorns in his world will come into play.

Battles in the North?

Obviously, Grey Worm will not sit idly by while Jon buggers off and deserts his watch (AGAIN), so I can assume the final episode will feature some kind of war between the Wildlings and Grey Worm’s newly press-ganged people of Nath.

Who will Usurp Bran?

Obviously Bran will never be able to hold on to the realm (he can barely control his own eyeballs), so I can only assume the others that “elected” him are gathering their forces as we speak. My money for the ultimate winner of the GAME OF THRONES is on Sansa. Now that Bran has shown his belly by giving her the North, I can only assume she will capitalize on his weakness by seizing the Iron Throne herself (perhaps with the help of Arya and Unicorn-zombie Ned?)

How Long Until Daenerys Recovers?

She might be without her army, but Daenerys is still a formidable opponent as long as Drogon is still in play. Now that Drogon is leveled up to be able to dodge the scorpions, as soon as Dany heals, I can’t imagine there will be anyone on Westeros that can stop her.

Let’s Not Forget You Know Who…

Did I say no one could stop her? I spoke to soon. My theory, is that Dany will return with Drogon to take the Iron Throne from Sansa, Arya, and the newly returned Ned Stark (as Queensguard). Even with Grey Worm fighting in the north, all will seem lost until Syrio Forel leaps from the shadows atop Nymeria, with a horde of wolves all around him, effectively swarming and downing Drogon–ending Dany’s reign once and for all.

I know I’m still waiting for that Russian guy to come back whenever they finally come out with a Sopranos movie (an open letter for another day!), but OBVIOUSLY Syrio is going to come back, the question is just a matter of whether he will be able to tame Arya’s old dire wolf in the process. And when Syrio DOES return? I just hope all the good memes aren’t taken before I have a chance to see it myself!