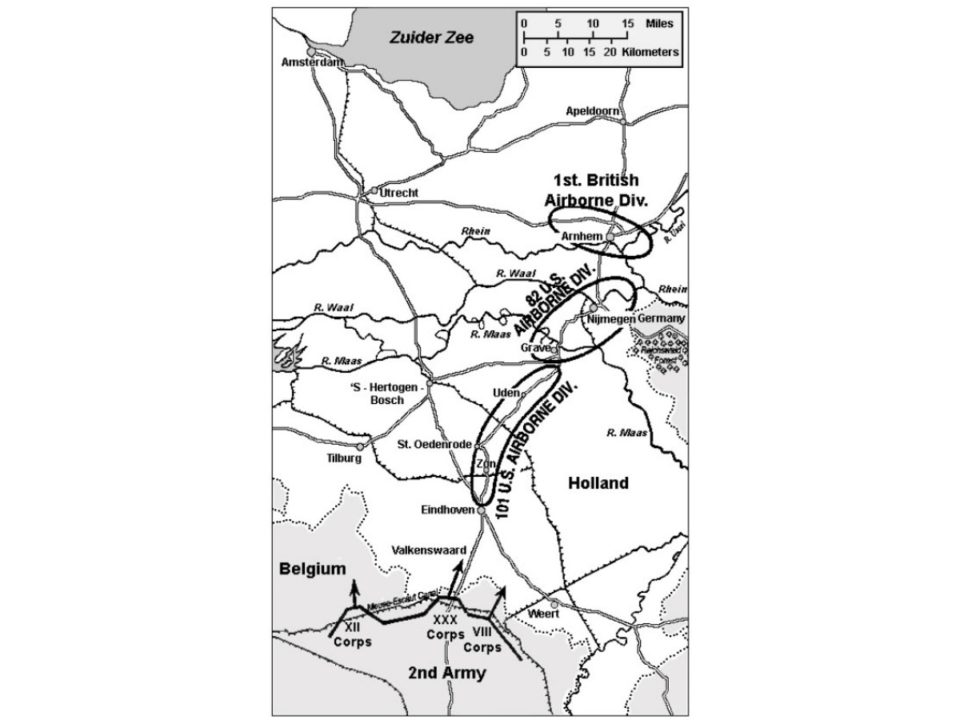 World War II has always fascinated me. There are all kinds of interesting things about “The War of Nazi Aggression”, but I think the thing that really appeals to me is that it was the first war to truly utilize modern “combined arms” tactics. The proper integrated use of armor, air-power, artillery and infantry was developed and perfected in WWII making the tactical side of things a far different beast than the “storm the trenches” slaughter of WWI (not that there weren’t plenty of senseless tactical decisions in WWII).

This emphasis on combat tactics along with the overall strategic thinking has endless appeal for that part of every young man that secretly just wants to come up with a brilliant plan to win anything from a snowball fight to the capture of a bridge. War is no game, and I’d never want to risk my neck even if it was, but looked at with hindsight, the military decisions made at all levels of battle in World War II offer a wealth of fascinating tactical and strategic dilemmas if you are into that kind of thing.

With that in mind, I wanted to take a moment to look at one of my favorite WWII operations, Operation Market-Garden. Perhaps most well known from the book and movie A Bridge too Far, Operation Market-Garden was the code name for the plan to send 30,000 paratroopers along a 60 mile corridor of highway in the Netherlands to capture key bridges in order to remove the last of the major natural barriers (namely, the Maas, Waal and Rhine rivers) into Germany. The paratroopers were to hold the bridges while a massive concentration of armor would break through the German front lines and race up the narrow highway to reach the Rhine bridge at Arnhem. The plan hoped to end the war in a matter of months, but as was bound to happen with a plan of such complexity…a few things went wrong.

Market-Garden was the brainchild of Bernard Montgomery and was an uncharacteristically bold plan for the normally cautious Field Marshall. Up to this point paratroopers had had limited success in World War II. The first major operation to use paratroopers was Germany’s near disastrous (only luck and allied incompetence prevented defeat) invasion of Crete where the world learned the folly of dropping unsupported paratroopers into “hot” landing zones. The allies utilized paratroopers to greater success (though on a smaller scale) in the amphibious invasions of Sicily and Normandy. However, the key to the success of both of these cases was the close naval support of the paratroopers.

So, with D-Day almost 3 months gone and the allied advance having ground to a halt (basically they had outdistanced their supply trains after foolishly not taking the port city of Antwerp before moving on) the idea of a large scale independent paratrooper operation was once again put onto the table.  It is important to keep in mind here that paratroopers were a “weapon” new to WWII and finding a way to put them to use was quite appealing. What commander wouldn’t want to be able to drop a division or two anywhere he wanted no matter where the front lines were? Thus planning for one of the most daring operations of WWII began.

There is a saying that says something along the lines of “in war, no plan should have more than one risky element” (does anyone know the quote I’m thinking of?  Anyway I might not even be close…but I think it goes something like that…)  Operation Market Garden seemed to be almost entirely risky elements.  If even one bridge was unable to be secured the whole operation would be compromised.  The paratroopers would be operating unsupported deep within enemy lines, and, as paratroopers, would only be lightly armed with little ammunition should the engagement drag out. The British 1st Airborne was meant to hold the furthest bridge at Arnhem for at most 48 hours which left very little time for the XXX Corps armored vehicles to traverse the 60+ miles of narrow, often raised (making them easy targets) highway from the allied front lines to relieve them. Everything had to come together perfectly, but perfectly so rarely happens once a plan is set into motion. Let’s take a look at the allied setbacks:

The number of setbacks seem enormous, but in an operation where everything needed to go right, perhaps they were about as lucky as they could expect to be.  Nine days after the first paratrooper landed the remaining men of the 101st were finally evacuated from the “Devil’s Cauldron” that the suburbs of Arnhem had become.  Operation Market Garden became the last major allied defeat of the war (since I wouldn’t count the Battle of the Bulge as a German victory).

The appealing idea of the “independent” parachute division was finally shown to be unfeasible in Operation Market garden as the allies never tried another major airborne operation without close non paratrooper support, and indeed, after the war the demise of independent paratroop forces was a direct result of lessons learned in operation Market-Garden.

The Allies were terrible about dropping paratroopers far off the mark. Granted, it was a new deployment technique typically attempted under less-than-ideal conditions, but still…imagine how frustrating that had to be for the combat soldier.

Aside from the knee jerk reaction in the opposite direction from Crete (where they dropped right on top of the combat zones), part of the problem in Market Garden was that there weren’t really any good drop zones close to Arnhem. Directly south of the bride was spongy polder that prevented glider landings while north were heavy flak emplacements. Still, I’m sure they could have found something a bit closer…I’ll have to check the map to my detailed 600 feet to the hex monster (16 foot map) wargame of the entire operation and see what could have been better.. 🙂

My Dad was one of the 10 American radiomen attached to the British First Airborne. They did everything they could do. The crystals were set to the wrong frequency in England. That haunted him until the day he died.

my father was in the british first airbourne was captured and sent to pow camps. He got right up to the main bridge He never got over that battle. He lost a lot of mates. He had one of the invasion maps. I think there were only 3. He past away 5years ago.