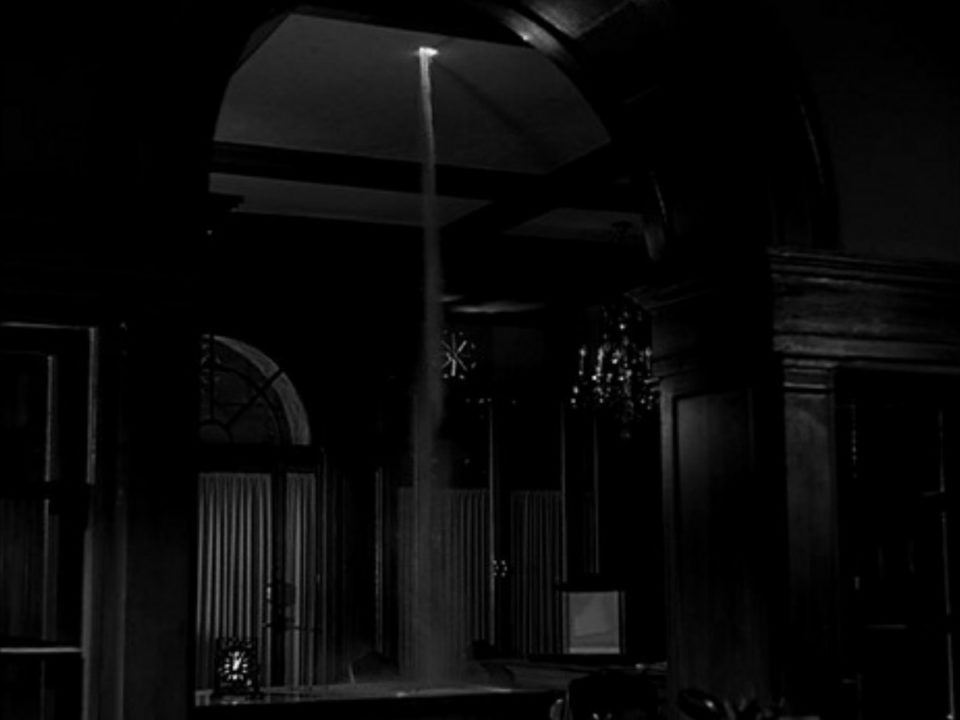 Heist films haven’t always been the cheery Ocean’s 11 style affairs that we know today.  Once upon a time, when the world was young, heist films were brutally nihilistic affairs where, spoiler alert, EVERYONE died at the end.  Not that these deaths were punishment for a life of crime, rather, they were a grim portrayal of what happens to the competent individuals of this world that attempted to swim against the current of accepted societal mores.  John Huston’s The Asphalt Jungle was the first and best of these films, but today’s film is right up there too.

Filmed 5 years after The Asphalt Jungle, Rififi is essentially a remake, mirroring both the plot and the fatalist atmosphere.  Not that the movie is redundant, just the debt is quite obvious.  In fact, Jean-Pierre Melville also wanted to “remake” The Asphalt Jungle, but when Rififi came out, he had to delay his own remake (the excellent Le Cercle Rouge) another 15 years in order not to seem like a double copycat.

Though the planning and the aftermath of the heist takes up the bulk of the run time, the standout sequence of Rififi is the marvelous (and completely wordless) 30 minute heist itself.  When compared to today’s hiest films with their ninja and hacker dominated teams, the heist in Rififi might seem a bit low tech.  But to complain about that would be to miss the point.  Yes, these men are smarter and more competent than the rest of society, but the importance of the heist is not so much in the superhuman things they do to pull it off, but rather that they break the rules to try to pull it off in the first place.  Anyone can dig a hole in the ceiling of a jewelry store, but only the professional outsiders of Rififi dare to try it.  It is important for the viewer to think “I could do that…I just don’t” when watching the heist in Rififi.

Of course, the price for breaking the social contract the way the gangsters in Rififi do is, like all the early heist films, quite bleak. Still, for as bleak as the world is, the men in Rififi don’t do much to make it a more cheerful place.  And yet we want them to succeed just because they have the chutzpah to attempt to rise above it all anyway.  The main character might be a woman whipping, hard drinking, compulsive gambler, but damnit, his name is “THE Stéphanois.”  Even his name signifies that there is only one of a man like him.  He follows the code of rififi, outlined in the lyrics of the film’s staggeringly misogynistic song of the same name:

I got a guy who knows what’s what,
He ain’t the kind to bust a gut.
He’s got lots of philosophy,
Only he’s too sweet on “rififi.”

If another guy just gives me a nod,
Right away he goes for his rod.
He tips his hat and yessiree!
It’s time for some “rififi.”

I step in, but he don’t give a damn,
He points me out and say: Scram!
And when he’s back after a while,
He’s got this nasty little smile.
And sure as sure can be,
I’m next in line for “rififi”

When I’m done workin’ the beat,
He takes me to the movies as a treat.
He don’t care what flick we see,
So long as it’s got “rififi.”

In love, he can be kinda rough,
He don’t go for sentimental stuff.
A chick, he keeps telling me,
Gets her kicks on “rififi.”

And when he really lets himself go,
I get a cuff just for the show.
And when I’m lying by his side,
I’m nothing, I got no pride.
In paradise I wanna be,
I’ll pay the price in “rififi.”

You look like you don’t have a clue,
Like no one ever spoke to you ‘bout “rififi”
It’s not a word that people use,
Among the swells, the who’s who’s. “Rififi.”

It’s the lingo of the streetwise,
The battle cry of real tough guys. “Rififi.”
So don’t fry your brain and grumble,
All it means is “rough ‘n tumble.” “Rififi.”

These men might be pieces of shit, but they live by a code which is something you don’t see in the rest of the world around them.  Though, for all this talk about the honor and professionalism of the main characters, this movie is really just about men who go have the temerity to go through the ceiling rather than the front door.  And for that action alone, it’s tough not to root for the assholes anyway.