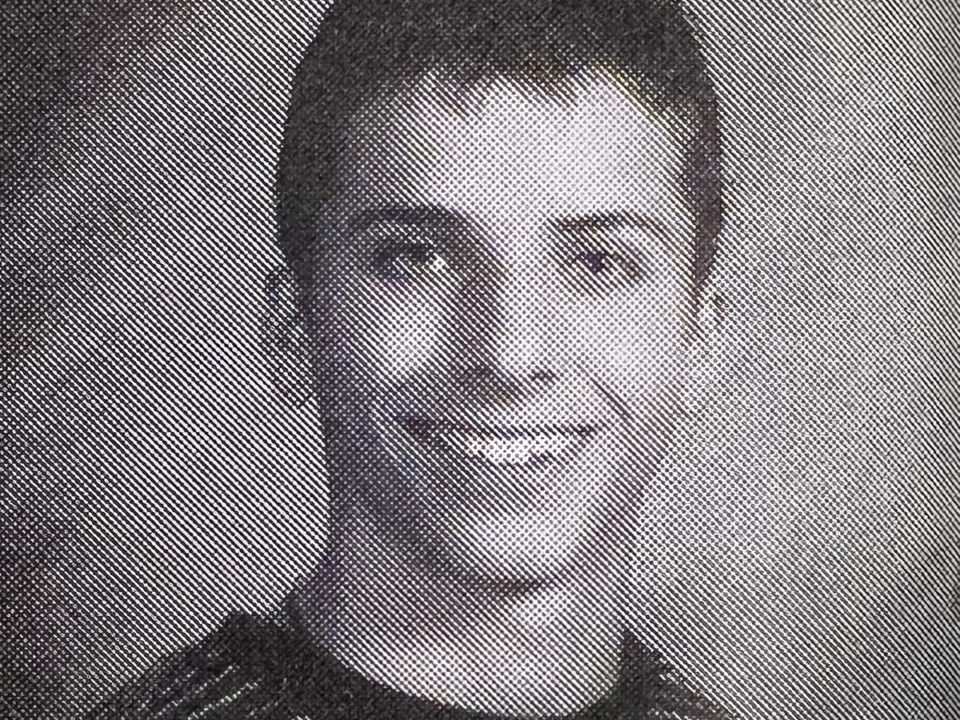 I was never big on jumping through the “looks good on your college application” hoops in high school. I remember as a Freshman and Sophomore I kind of thought “ugh, everyone says I need to like join clubs or something…but oof.” And, after doing well on my standardized tests, I realized that maybe there were better ways to spend your time in high school than making Paella for Spanish Club–especially if I only planned on going to an in state school anyway. And there my dream of “like, joining some clubs or something…you know, for college” died.

Cut to senior year when, in a carpe diem moment that would have made Robin Williams proud, I found myself sneaking into one club photo after another just to see how many would actually make the cut in our yearbook. Turned out, I had found that mythical easy way to pad my club resume after all! Or, more accurately a way to troll my school one last time on my way out.

It all started with GCTL (Government Center for Teen Leadership)–as far as college resume padding clubs go, top tier stuff. I wanted nothing to do with it, but my friend Lacey Gregg convinced me I’d only have to go to one overnight team building thing and then it would totally count as being a member. Even better, she would actually be able to talk the sponsors into allowing me to join…something that otherwise would have probably been a tall order.

So I said sure, went to the overnight thing (at a church, of course), and then proceeded to relentlessly troll all their team building activities the entire night. I still remember my “leadership” poem for one of the activities:

To have all the power,

And make others cower,

Is what I know is right,

So I strive for it day and night.

Thanks for vouching for me Lacey! Anyway, a few unproven vandalism allegations notwithstanding (and getting kicked out of the sanctuary after trying to set my sleeping bag up behind the pulpit), I somehow made it out of the night with my GCTL membership intact. Consequently, when Lacey let me know that everyone was going down to the gym to take their GCTL picture, I was in:

As you can see, there was something VERY concerning on the ceiling!

I was ready to call it a day and head back there, when I saw that Scholars’ Bowl was getting their picture taken next. And, I knew the teacher and had even sat in on a scholar’s bowl tourney when they needed a body in a seat sometime Junior Year, so, technically I was kind of a member…after all, why shouldn’t I sit in on their picture:

Looking at it now, I knew NONE of these people, so it was pretty cool of them not to fuss about the asshole cheesing their picture.

Flush with success, I stuck around for the next picture, Science Club, a club I was definitely NOT in. While waiting for the picture to get set up I ran in to Hobaugh and Bubba in the hall and let them know the plan…

The merriment spread from there…

Checking the schedule, Student Council was up next. This was going to be tricky as Ms. Niemann was in the picture too, and she knew I was not in Stuco. So I kind of hung around the sidelines and then when everyone started lining up I snuck in next to a buddy opposite the sponsor and hoped that no one would notice. They didn’t:

Probably because I was so convincing examining the ceiling:

By now I was unstoppable, and planning my ultimate coup: Youth Alive. But first, Art Club, a club I also wasn’t a part of, but one that had a cool teacher, who I had actually taken Art Class with, I figured he’d let me sitting in slide. And he did at first:

Until, seconds before this picture was taken, a sponsor came running in yelling about how I’d been ruining pictures all day and enough was enough. Unfortunately I happened to have my hand ALL the way up Reffner’s inner thigh at the time, which was then noticed by the photographer. Fonseca yelled “GOD damnit Isley,” I stopped, and they snapped the photo (with Reffner still laughing, Fonseca staring daggers, my sister examining that concerning thing on the ceiling, and me proudly rocking a nice sock and sandals look) before any further damage could be done.

I was then escorted back to class, ending my short lived photobombing career (at least for that day).

I was able to get one last picture in for our class photo later that year, but by then they were on to me and quite rudely blurred out the rude face I made:

I talk a big game about how cult I was in high school, but my and Justice for All shirt puts my metal tastes squarely in the pedestrian aisle:

Share
Me  / Rousing Tales from Isley's Spirited Past  / Spotlight Posts