The state of The Office. 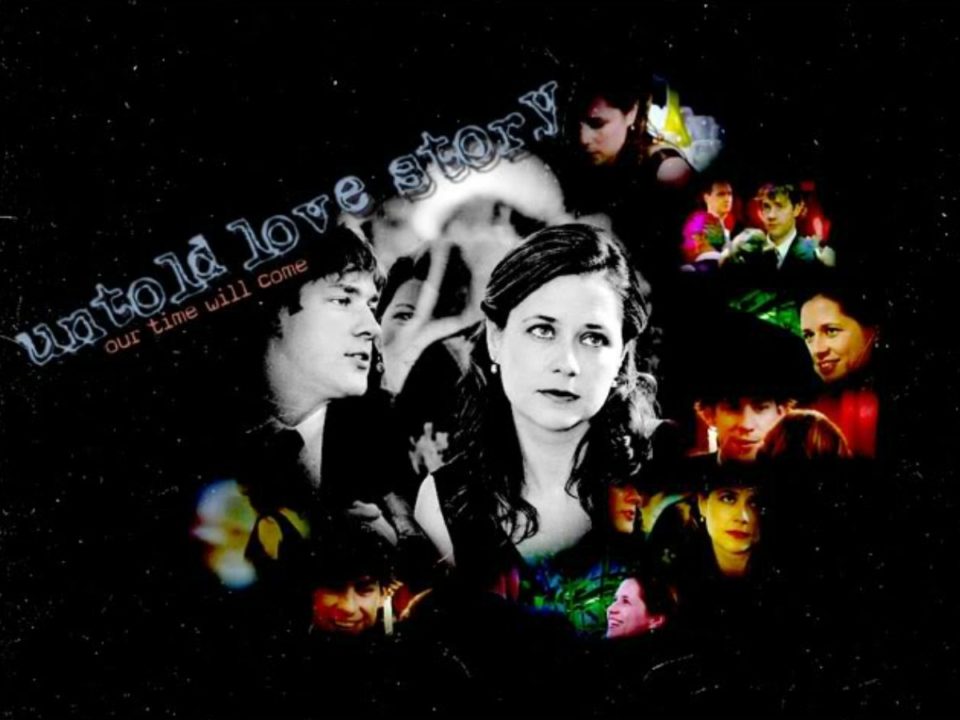 First of all, if you have no interest in The Office, this post probably isn’t for you, go read my other more accessible posts about black metal and military history instead 😉 And if you have never watched The Office but have considered it, there aren’t any real spoilers here, so feel free to read this post though it still probably won’t be for you either. And if you have seen every episode of the office multiple times, then definitely let me know what you think…two episodes into season 4…is it just as good? Oh, and if you haven’t watched season 4, episode 2, yet (Leah…Aaron…) then do that first…there are minor spoilers about that episode here, and if nothing else just watch it so I can spam your comment sections with quotes from it: “I think they could both do better”, “you need awesome lessons”! Also…I didn’t make the picture for this post, I only wish I did. But enough with the prep work, let’s get on with it already! That’s what she said.

To start, I’d like to say that The Office is still the only show on network TV worth watching weekly. While I haven’t seen many of the new network TV shows (so maybe I’m mostly talking out my ass), with all the good shows on cable these days, going back to regular TV has usually been a disappointment for me (I’m looking at you Heroes). The Office on the other hand, continues to hold its own amongst the best TV series out there. Yet, there are some who say that these are not the salad days of Season 2 either, so I’d like to take a look at the show and see just what the state of The Office really is.

The first thing people usually say is “The British version is better”. And to be fair, the British version of The Office deserves every superlative thrown at it, it is that good. It is more realistic, more awkward, still bitingly funny and less episodically plotted than the American version, making for a much stronger work when viewed as an artistic whole. On the other hand, the American version, while it started as a direct copy of the British version (and even used some of the same jokes and plots for its first six episodes), is not the same show. It is a bit sillier, *slightly* less awkward, has more humor and yet still has a great ensemble cast (all of who put their unique stamp onto the characters). While both versions have the dry humor and observation of the minutiae of office life, they each have their own spin on things. The British version might be better, but the American version is pretty great too.

But has it lost quality? To start with, is it too silly? Is it getting sillier? I’ve heard irritation at Michael (the boss, Steve Carrel) driving his car into a lake because his onboard GPS system told him to in the most recent episode. And, yes, it was a bit silly, though it made more sense in the context of the episode. I actually had more of a problem with Michael climbing onto a hospital bed to give Meredith (whose pelvis he had cracked by accidentally hitting her with his car) a hug in the previous episode. It was a bit too much, nobody is that dumb (something the writers should remember when writing for Michael and Dwigt). Moments like that seem to have only started happening since Season 3 (Jim giving Dwight a “gaydar” set, Dwight’s initiation of Ryan, etc) It doesn’t mean these are not sometimes funny (Dwight with the gaydar was pretty awesome), but they do hurt the reality of the show (and open the door for pushing the silliness even further in future episodes). I think on some level the show needs that basic reality. The whole charm of any version of The Office is that it is just a slightly exaggerated version of anyone’s workplace.

Another silliness related complaint is what I call the “Creed factor”. Creed is the “creepy old man” from the office. You would see him every now and then on Season 2 stealing things or talking about mung beans. Somewhere in season three the writers must have realized he was awesome and started using him more and more. He was still pretty great “[discussing his free love days] …a guy might have slipped in there somewhere” but by the end of the season he had been relegated to “it’s time for a Creed comment” fan-servicing. Things don’t appear much different this season. His tirade about what kind of drugs Meredith was taking was a little forced, and dying his hair black and saying he was 30 was a little silly (though, “sometimes you just gotta ride the bull brah” was pretty great). Now in a show like the office, this stuff is bound to happen. Michael will say something stupid, Stanley will say something grumpy, Kevin will say something dumb and then Creed will say something crazy. But for some reason the Creed stuff (and occasionally comments from the other characters) comes off as a bit forced lately. This could be either because there are only so many times you can do the same jokes or because the writers are trying to shoehorn things that don’t belong into the show to give the audience more of what they want.

The worry that the jokes are finally starting to wear thin is a real one. After all, the American version has aired more than 50 episodes by now (many of them one hour specials). There is only so much material for them to mine about office life while keeping things fresh, so for it to be able to consistently even stay in competition with the British version is saying something in my book. After all, there were only 12 episodes plus a two part “3 years later” Christmas special in the British version, which would seem to make it a bit easier to produce quality work. So, again, I’m not really complaining, the American version has been doing a remarkable job of greatly upping the quantity of the episodes while keeping a generally high quality for each show.

There are a few ways the American version keeps things interesting. More and more of late the characters have been leaving the office, going on “field trips” etc. While these episodes don’t always work (Ryan’s initiation was not my favorite episode…despite pretzel day), they are often pretty great (Booze Cruise anyone?) And yet, changing locations every few episodes was not enough; The Office has also changed the interpersonal dynamics of their characters to keep things fresh. This is probably the most jarring difference about the new episodes to fans of the British series. While the British series was about an office, which happened to be full of interesting characters, the American series has evolved into a show about the characters. What will happen with Jim and Pam, how will what so and so said last week affect their character’s secret office relationship, look how different this person’s character has become, etc. The core of the show has subtly changed. There are still the wry observations of office life, but the dramatic elements have come to the forefront as well. On the one hand this makes the show less unique (though I still argue against those who cry “SOAP OPERA!”), but I think they are handling it very well so far. Season 3 marked the beginning of this trend, and evaluated as a whole it was a very strong season of The Office.

I think season 2 will always seem like that perfect combination of plot and “office environment”, but just because the show has changed slightly does not mean it sucks now. The quality of the writing is very high (this latest episode definitely made me laugh!) and the old magic is still there. As long as they are careful with the “silly meter” and remember Creed is awesome, but best in small doses, I’d say that the chances of me getting tired of hearing Michael say “Conference Room. NOW.” will still be a little ways off. When all is said and done, it’s still the most hilarious 22 minutes of my week. That’s what she said.