My Favorite Movies 63: Street of Crocodiles (The Brother’s Quay, 1986) 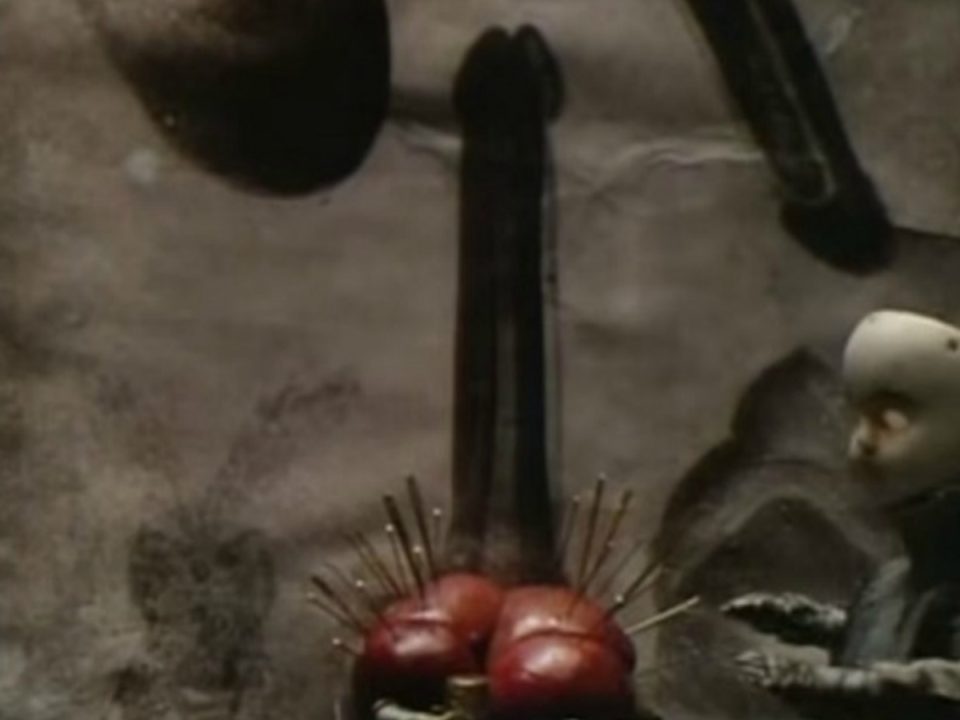 I’ve always been a little on the fence about experimental film.  I mean, I get it, or at least I think I do, but, at the end of the day, I really just kind of want to watch a STORY.  I’m not saying narrative filmmaking is a more valid means of cinematic expression, I’m just saying, that it sure is a hell of a lot easier to watch!  Like, poetry is great and all, but sometimes I just want to read a novel about an assassin kicking ass!  Ok, sure, I’m being slightly facetious here, but, honestly, if you look over my movie watching history of the past 6 years, you’ll notice, that for such a supposed celluloid snob, I sure watch a lot of “junk” too.  Still, even if *I* claim to sometimes appreciate them, why do most people (myself included a large percentage of the time) find experimental films so hard to watch?  Probably because most people (myself included a large percentage of the time) try to watch them like narratives.  This is bound to leave the viewer disappointed, because, for an experimental film to be truly successful, it needs to be truly incomprehensible.  Disagree?  Read on while I try to explain this position while talking about the Brother’s Quay’s magnificent 1986 stop motion short The Street of Crocodiles.

Let’s start with the plot summary from IMDB for Street of Crocodiles:

A man closes up a lecture hall; he reaches into a box and snips the string holding a gaunt puppet. Released, the puppet warily explores the darkened rooms about him. Screws twist out of objects and move about. A boy doll catches light with a mirror, shining it around: he spotlights the gaunt explorer. An adult female doll stands with breasts exposed. Mechanical spools and wheels turn. The gaunt man investigates. Four doll men surround him, dress him in colorful clothes, invite him to look inside displays that include drawings of penile skeletons. Female dolls awkwardly rotate their arms from broken shoulders. The gaunt man watches. Bruno Schultz is quoted.

Really, I think that’s all that can safely be said about this film and what it means, at least if we are talking about what it “Means” with a capital M.  I’m sure The Brother’s Quay had some “deep shit” in mind while they were creating this film.  It probably had something to do with that Bruno Schultz quote at the end.  But the moment a work of art becomes so transparent as to be explainable, I really think it suddenly loses a large percentage of its mystery and allure. I’m, of course, not saying that the creator should just throw a bunch of random shit on the film, that would be stupid.  It’s one of those ineffable mysteries of art that an incomprehensible masterpiece can be so obviously more brilliant than an incomprehensible pile of shit.  And, all this doesn’t mean one shouldn’t try to explain what all those twisting screws in Street of Crocodiles MEAN, just that to get lost in assigning specific meaning to a film like this is to miss the point.

I think this is why I hate directors that rely on symbolism so much.  When some no talent ass-clown (cough, Jodorowsky, cough) starts leafing through his Big Book of Over-obvious Symbolism and then vomiting it all over the screen, the viewer is going to be in for a tedious exercise in how closely they paid attention in art school.  And sure, Street of Crocodiles is full of phallic and yonic imagery galore, but, cocks and pussies are kind of universal, so I’ll let that kind of symbolism slide as long as it doesn’t seem like they are trying to hammer home some kind of point.  I guess what I’m trying to say is, a cock in a movie is fine, just don’t try to hit me over the head with it.

So, if I won’t let you assign any specific meaning to Street of Crocodiles, what CAN you do with a film like this?  Well, first, you can start by ignoring me and trying to assign meaning to it.  Just don’t, for the love of cocks in films, get carried away.  It’s just YOUR meaning, YOUR ideas, appreciating any work of art is an intellectual exercise in suppressing the ego while frantically trying to make sense of what you are looking at.  Don’t try to follow it like a narrative.  Don’t worry about what that monkey is supposed to represent, or, seriously, what’s with all the screws.  Assign your own mini narratives to that stuff with the reflected spot of light with the mirror and let yourself get caught up in the twisted dream logic.  Maybe strong acid would help too?

After that, appreciate it for what it IS, not what it isn’t.  It’s not a coherent story, it’s a brilliant exercise in atmosphere.  It’s a film brimming with decay, filth, solitude, depression, and overcast Eastern Bloc repression.  Which, if you are like me, that is EXACTLY what you are looking for in a movie!  Also, if that description gets your genitals aflutter, I have some music recommendations you might also enjoy.

Finally, if you want to check this brilliant film out yourself, you can find it on youtube here: