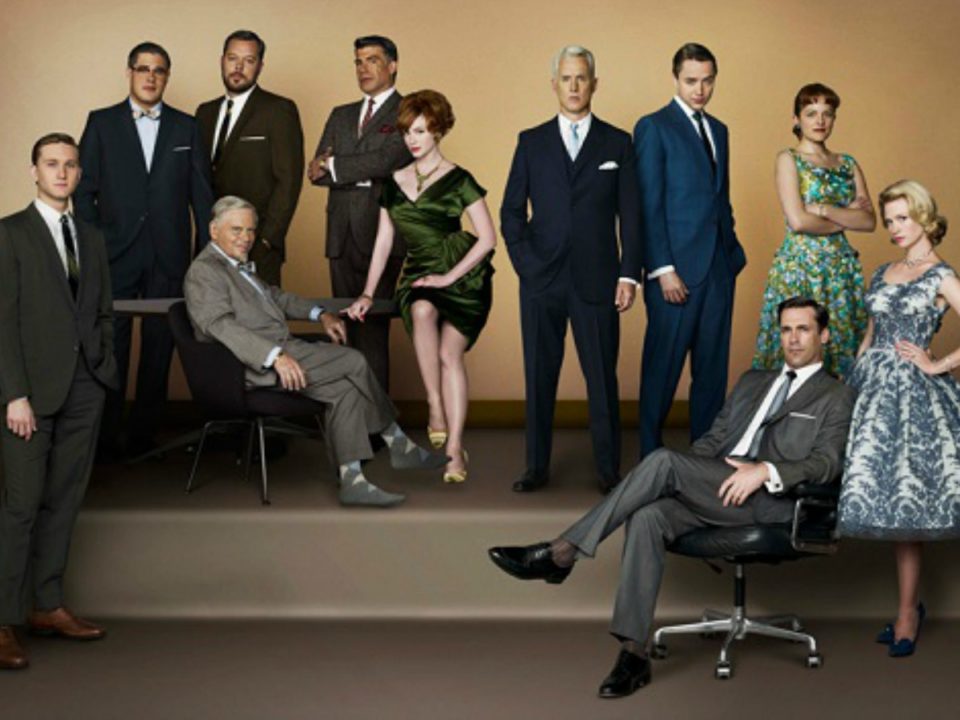 Everyone says it, but we really are living in a television golden age.  Not that there weren’t equally excellent shows back in the day (The Honeymooners, The Andy Griffith Show, etc), but the slew of new quality programming on cable (all of today’s shows are cable shows), has really risen the bar when it comes to serialized storytelling.  So today, I’d like to point to the 5 ongoing shows that I feel are really standing out from the crowd.

And yes, I know Breaking Bad just finished last night.  Still, I haven’t watched the final episode yet, so for me it counts as a currently running TV series.  Besides, if I took it off my list and had to add one more show, I’d probably pick Elementary, and that would undoubtedly piss off more people that my ill-advised voting post from way back.  Especially since I would claim, with 97% seriousness, that Elementary is a stronger work of television than the BBC Sherlock series.

Anyway, let’s move on to the five “currently running” shows I actually did pick and how I would rank them in order from 5 to 1: 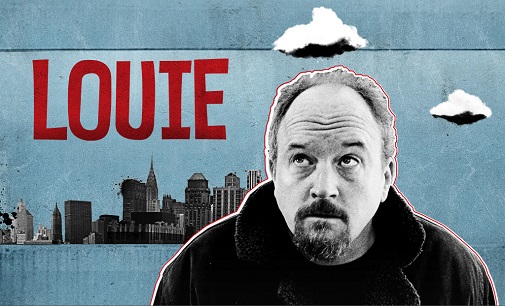 Though Louie is essentially just a sketch comedy show, such a description underplays the brilliance of what has to be one of the most insightful television shows currently on air.  It also happens to be almost unwatchably depressing.

Not that Louie is depressing because each episode is full of children dying of cancer or anything, rather, it’s depressing because the situations are so mundane and thus so close to home.  Life is full of disappointment after disappointment, and Louie makes this day-to-day heartache that much more painful by rooting his plots in such close-to-home territory.  Thus, even though many of the storylines might end in a slightly positive or even, dare I say, optimistic tone, the viewer is still left slightly sickened considering the unpleasant waters within which the show chooses to swim.

So why watch such a depressing show?  Because it really is, most of the time, quite brilliant.  Not every sketch/episode works, but when they work, they work so well that you are left open mouthed that television of this quality (and originality) is being produced.

Game of Thrones might be the most impressively mounted television show of all time.  The production values are superb, the acting even more so.  The writing does a fine job of balancing eleventy hundred separate characters without descending into a schizophrenic morass of storylines, and, best of all, for those who have read the books, they have pretty much nailed ever single casting choice.

So why is such a popular show ranked below the slightly less critically acclaimed Justified?  Well, to be honest, Game of Thrones is pretty trashy TV.  I mean, I appreciate all the tits and blood as much as the next Game of Thrones fan, but is what this show is really trying to do all that different from the first few seasons of something like True Blood?  Sure, I guffawed with the rest of you at the audacity of a main character giving a lengthy piece of exposition while a couple of whores fingered each other’s assholes, but that kind of thing does seem to undercut the seriousness of a show that seems to want to scream THIS IS DEADLY SERIOUS STUFF.

Again, the over the top sexposition and weekly barrel of spilt blood by no means hurts the show, but it does tend to make it seem guilty by association with lesser shows (like the afore mentioned True Blood).  Though, my real complain with Game of Thrones is that I’ve read the books, and for all the excellent work the show is going, I know the story is going to be going nowhere fast, which also tends to undercut my investment in the series.

Justified started out as a pretty fun bit of television, but it quickly ended up rising to the top of my list of favorite TV shows pretty much ever since season 2.  It doesn’t really break any new ground story-wise, but as a slab of pure bad-ass machismo (with a brain), I’d pick a new season of Justified over a new season of Game of Thrones any day.

Sure the always awesome Timothy Olyphant’s main character is a cop, but he’s really just a US Marshall and doesn’t tend to sweat the small stuff.  He’s also a total asshole, but, in an alpha-male likeable kind of way.  Importantly, the show is fully aware of his many faults, and you never feel like the writing is insulting your intelligence by trying to make him too heroic.  The supporting characters are even better, everything from probably the best rogues gallery in television to the always brilliant Walter Goggins as the neo-nazi (ish?) dude you love to love.  And though the show has had a tough time at times finding a place for his character, he’s always a welcome addition to any scene due to his natural way with words being a perfect fit for a show with dialog as poetically written as Justified.  Just listen to the DELICIOUS dialog Goggins’ character Boyd Crowder and Detroit mobster Nicky Augustine:

Nicky: Look at you, Mr. Crowder. You’re a well-dressed man, you’ve got a sense of style. You’ve got your shirt buttoned all the way up to the top. I’ve got to ask – where did you get all those teeth?

Boyd: Courtesy of the American taxpayer while serving our great nation in Desert Storm.

Nicky: Man, I love the way you talk. You use forty words where four will do. I’m curious – what would you say if I was about to put forty bullets through that beautiful vest of yours?

Boyd: What’re you waiting for?

Boyd: I tried to keep it to four words, if you’ll allow the contraction as one.

If writing like that in a modern western about a more badass (and assholish) version of that that sheriff from Deadwood sounds like your kind of thing then you will be in for a treat with Justified.

More than any other show I sit and wait on pins and needles for the next episode of Breaking Bad. Without even resorting to anything so obvious as a weekly cliffhanger, Breaking Bad has really mastered the modern serialized longform narrative style that has made the television format so appealing.

It’s not flawless, occasionally the show can veer a bit too far into “telling” rather than “showing” how the character has descended into his current mental state of affairs.  But, aside from the occasional “too spot-on” dialog, there isn’t much this show does wrong.  The acting (especially from the much-praised Cranston) is amazing, the story hasn’t stopped ratcheting up the tension since the pilot episode, and the cinematography is usually nothing short of, well, cinematic.

And, while I doubt it was an original idea, all those out of context opening flash forward scenes that recontextualize the ensuing narrative really are pretty brilliant.  It’s a simple device when you think about it, but a real masterstroke of storytelling.

All in all, I’m sitting here counting the minutes until I can get off work and watch the final episode! 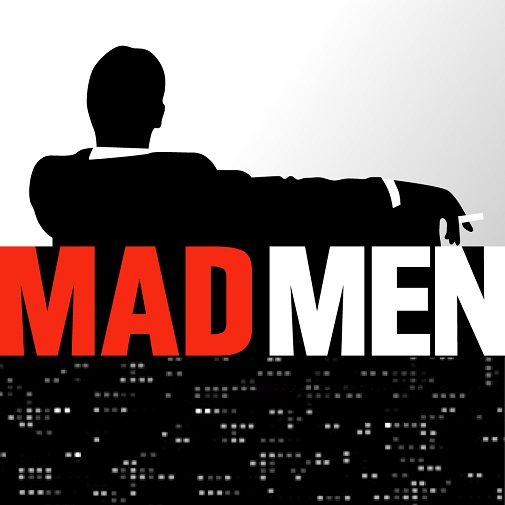 Sure, I don’t sit at work counting the minutes until I can watch the next episode of Mad Men, and sure, it’s just a soap opera at its heart (in addition to being a bit heavy handed with the symbolism at times), but when it comes right down to it Mad Men really is the best thing on TV.

I always liked Sopranos, but I think Mad Men does the whole open ended storytelling thing even better.  The seasons are self contained with their own internal story-arc logic, and are full of too many beautifully constructed episodes and ideas to list here.

However, what really sticks out about Mad Men to me is how it looks and feels.  The cinematography and lighting are as immaculate as the 60s modern fashion they capture.  I wasn’t around during the 60s, and even if they weren’t exactly as portrayed on Mad Men, the atmosphere created with this show is so perfect that I’d put it at the top of my list on those merits alone.

Maybe I should give Mad Men another try. I think I got through about a season and a half before it just started to feel too soap opera-ish-y to me. And when it wasn’t all Days of Our Lives, what with dude’s fake identity, it was just so fucking domestic. Your above paragraphs didn’t sway me. Can you sell me on this, or is it just not gonna be my thing?

Numbers 7 and 8 respectively. (After Elementary).