IO5M 9: The Top Five Most Ridiculous Examples of Cheating at the Summer Olympics 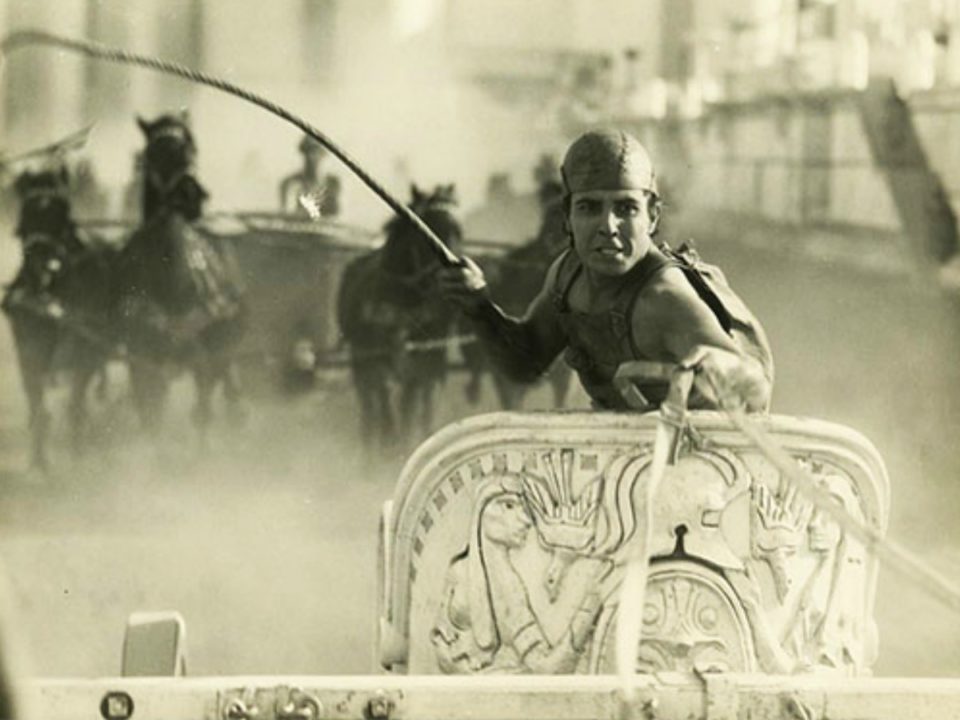 Welcome back to my most infrequently occurring Monday feature!  I’m speaking, of course, of Infrequently Occurring Fifth Monday (IO5M), where I come up with a new “top 5″ list on a quad-yearly basis.  Today, in honor of the Summer Olympics, I’ll take a look as some of the most outrageous examples of cheating shenanigans in Olympic History.  I’m not talking about steroid abuse here, that kind of stuff is far too widespread to really raise eyebrows.  No, today I’ve searched the Olympic history archives for the most flagrant and impressive examples of Olympic cheating that I could find.  Enjoy! 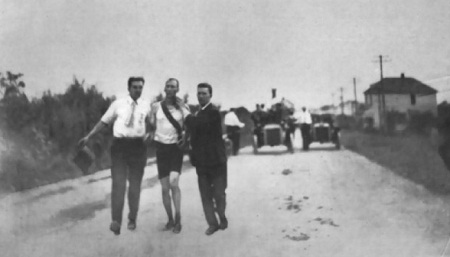 If this was a list of the most ridiculous Olympic moments, the 1904 St. Louis Olympics marathon would have been an easy #1.  Not only did the marathon take place on a sweltering, incredibly humid summer day, but all manner of bizarre things happened.  However, the Cuban postman who ran in street clothes who would have been an easy winner had he not stopped at a nearby orchard halfway through and gotten sick on rotten apples (he still finished fourth) wasn’t a cheater.  Neither was black South African Len Tau who was chased a mile off course by an angry dog and yet still finished in 9th.  Also, while reprehensibly racist, the official separate “Anthropology Days” games for minorities with such events as “mud fighting” and “spear throwing” weren’t really cheating either.

What WAS cheating however, was the initial winner of the marathon Frederick Lorz, who pulled the ultimate marathon cheating con of “getting tired at 9 miles, riding in a car for 11 miles, and then walking the rest of the way back to the stadium.”  He claims he didn’t mean to pretend to win, he just happened to enter the stadium and people thought he won. Of course, him running in with arms over his head and breaking the finish line tape did perhaps give the spectators the wrong idea.

Also, the actual winner (Thomas Hicks), had been kept up by strychnine injections and the arms of his two trainers (pictured) for much of the last half of the race.  Even though he got the medal, I’m pretty sure that counts as cheating too. 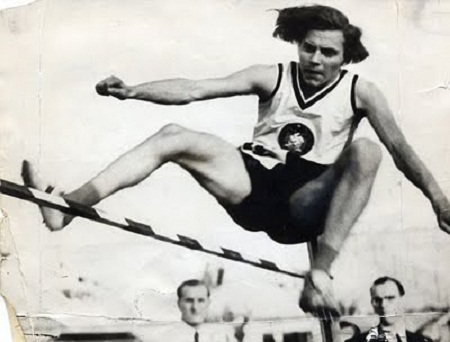 Sure, there have been plenty of examples of Olympic athletes of questionable gender competing as women.  But, in most cases they were simply athletes that fell somewhere in between the two sexes so you can’t really fault them for cheating.  However, “Dora” Ratjen is one case of the athlete being a straight up dude who knew he was a dude when he competed.  The story goes that the Nazis were so eager to impress the world with Aryan superiority at the 1936 Olympic games that a group of overzealous Hitler Youth convinced Heinrich Ratjen to tape his junk up between his legs and compete as a woman.  Sadly, the real story is not quite as hilarious (and, unfortunately, also doesn’t explain away Ratjen’s disappointing non-medal finish as the result of attempting to run with a “mangina”).

Apparently Dora was born with a split urethra (It possibly looked like THIS.  Also, it goes without saying that under no circumstances should you click on the preceding link) that caused his penis to initially be mistaken for vulva.  Though he was raised as a girl, by the age of 10 Dora realized that he was a boy and simply kept quite about his gender out of embarrassment.  Quiet until 1938 that is, when he was caught with a 5 O’clock shadow on a train and banned from competing as a woman from then on.  And, because he knew what he was, I say it totally counts as cheating. 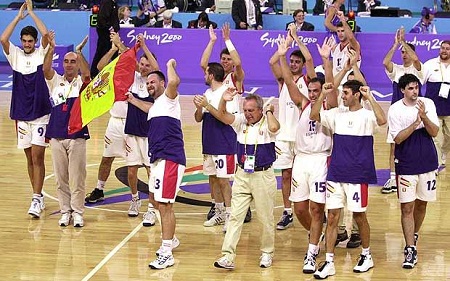 The Paralympics are like the Special Olympics, except for people with physical disabilities.  Most of the Paralympic cheating controversies in the past had been via more traditional forms of cheating.  You know, the usual: steroid abuse, purposely breaking one’s own paralyzed limbs in order to raise blood pressure, etc.

However, when the Paralympics added an “intellectual disability” category as of 1996, the Spanish basketball team decided to show why “they are the reason the Paralympics can’t have nice things” during the 2000 Sydney Paralympics when they took a page from that Johnny Knoxville movie and snuck a bunch of normal guys onto the team.

Because a ballsy 10 of 12 members of the team were found out to be “just dudes that couldn’t make the regular Olympics,” the Spanish team was quickly stripped of their medal.  I was, unfortunately, unable to find any information on just how offensive their “intellectually disabled” impressions were. 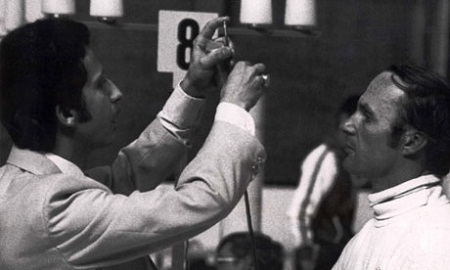 Sometimes the examples of Olympic cheating really go above and beyond the normal (which is saying something considering the “normal” often involves “hormone treatment”).  In one particularly ingenious example of non-drug related cheating, Soviet fencer Boris Onischenko created a trigger inside his fencing foil that would automatically register a hit for him whenever he pressed it.

Unfortunately, hubris (or lack of skill) caused him to continue to press the trigger to register more and more improbable hits.  Finally, when a hit was scored against the Brit Jim Fox after Boris had obviously missed by more than a foot his foil was promptly examined and Boris was promptly disqualified. 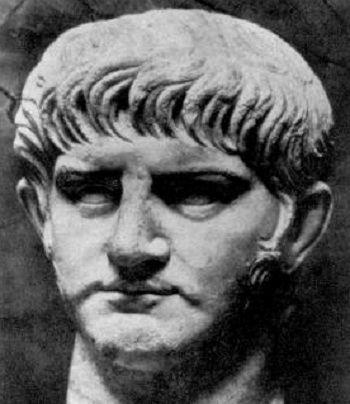 I came across plenty of great examples of Olympic cheating in my research for this post, but none were quite as flagrant as what Emperor Nero pulled in the 67 AD Olympic Games. Let’s ignore the fact that, via excessive bribery, he was able to get “poetry” added to the games (in a category for which he subsequently won all medals).  Instead, let’s focus on the chariot race.

Not only did the emperor use a TEN horse chariot (while his competitors only had four horses), he also fell off his chariot on a turn halfway through the race.  Then, in a display of judge bribing for the ages, it was determined that Nero should get the win, since he probably would have won the race had he not fallen off his own chariot.

Not that he needed the laurel (medals weren’t introduced until the 1904 Olympics), he won around 1800 of them over the course of the games (most of which, I will assume, were from the poetry events).