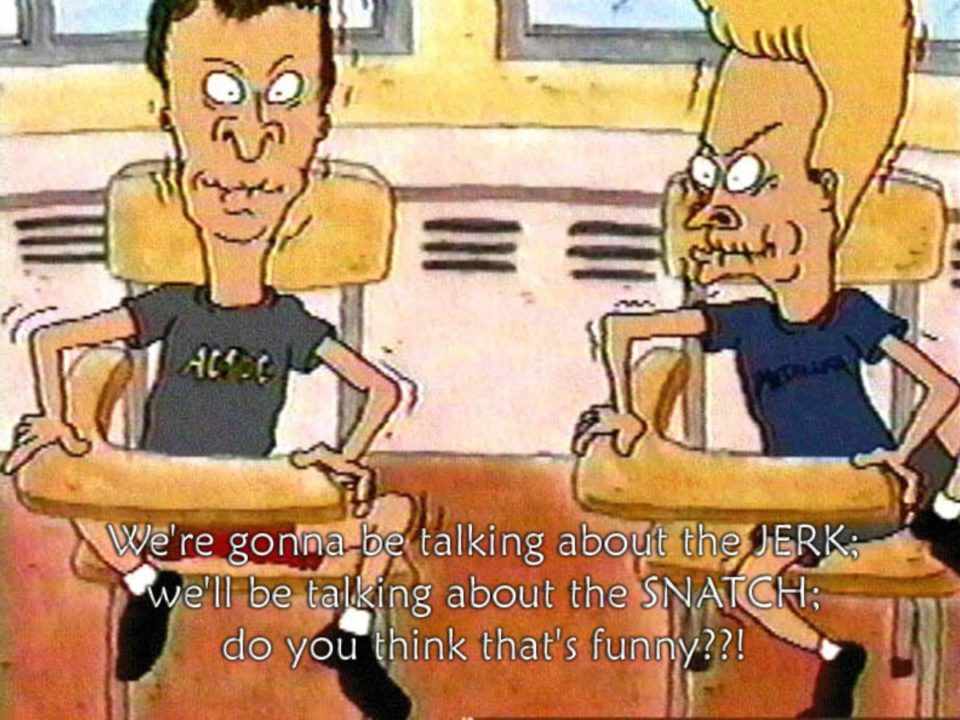 I’ve always weight lifted (aside from that small 5 year break that I had taken up till this last summer). Power lifting (bench, squat and deadlift) has usually been my thing, but as of a week ago I’ve started training with some “Olympic style weightlifters” here in Lawrence (after attempting to teach myself for the last two months). I thought I’d take some time to explain just what Olympic weightlifting is and why I’ve decided to start doing it myself.

These videos are from the Olympics and the lifts were done by a guys who weigh the same as me (169 pounds). Notice that they aren’t even all that muscle-bound (especially in Taner’s case) and yet they are putting huge weights over their heads!

Anyway, with that brief introduction to Olympic Style weightlifting, here are the top ten reasons why I have decided to take up the sport myself (since I know quite a few people will only read my blog if I put it into convenient list form. Yeah I’m kowtowing to the masses, happens to the best of us…):

1. As everyone knows, the whole point of lifting weights is to impress girls by lifting a whole bunch of weight over your head (provided there are no nearby trees to climb instead). And since Olympic weightlifters can lift more weight over their heads than anyone in the world, it seems like the thing to do.

2. While the goal in the previous entry is sabotaged a bit when the only girl in your weightlifting club can put 210+ pounds over her head at 135 pound body weight (and deep squat 300+ pounds), you have to admit…that’s pretty badass! (Those are real numbers!)

3. As many who know me are aware, any hobby that requires me to meet in the garages/basements of old men that I met online in order to engage in that hobby is an automatic winner for me!

4. I never thought I’d get the chance to wear a spandex singlet again (aside from in the privacy of my own home on weekends), but it looks like I may be back in business!

5. One of the two main lifts is called “the clean and jerk” (!) I mean, seriously, I feel like Beavis and/or Butthead whenever someone says something like “man I had a great jerk at that last meet”.

6. The other main lift is called the “snatch” (!!) If I thought it was hard to keep from giggling at the last one, try keeping a straight face when someone says “man I had a great jerk at that last meet, it made me feel better about not getting any of my snatch attempts”.

7. Olympic weightlifting is very much a niche sport in America. Total registered athletes are only around 6000 in the country, with many not even competing. I am all about anything that it is easy to be good at since no one else really even does it!

9. I love pretending to be Eurotrash (just ask my Kraftwerk collection), and Olympic lifters only count their weights in kilos…snobby and Eurotrash at the same time! I’m sooo there.

10. Just when you think you are out…the jocks pull you back in. I wonder if the guys I’m training with know about German Situps (I’ll leave the girl out of it…she’d kick my ass).

Now, for all of you that are still waiting for a good old fashioned Isley-blog essay on an obscure subject you may not care about, here are just a few more serious (not that the above list wasn’t mostly true) reasons why Olympic style weightlifting is pretty cool.

First and perhaps most importantly, the two core exercises (snatch, clean and jerk) work almost every muscle in the body at once! Not only that, but they hit all of your axial “core” muscles. Back, legs, shoulders, traps, these are the main power centers of your body. It sure makes a lot more sense to do squats three days a week rather than spending a ton of time on the peripheral muscle groups like calves and biceps.

And it’s not like Olympic weightlifters don’t have a lot of muscle for those of you grumbling that there are other reasons to lift weights than just strength. You won’t look like a bodybuilder, but you’ll still look good!

The strength is very functional too. Picking something up and lifting it over your head is one of the most basic human movements which is what Olympic lifting mimics. The position an Olympic weightlifter is in right before he explodes out of his clean is exactly the same position someone would be in before jumping. In fact, Olympic weightlifters rival Olympic track stars for vertical jumping ability and flexibility (it isn’t easy going down into a full squat with a weight balanced over your head).

The strength is also very explosive. The Olympic lifts utilized the muscles much more explosively than the slow steady pull of a power lifter’s deadlift (for instance). This is not to say one is better than the other, but especially for sports like football (or even wrestling…I knew some guys with crazy cleans in high school who had some pretty brutal double leg takedowns), it is a very desirable type of strength.

All this is not to say it is an easy sport to get into. The technique is incredibly important in Olympic weightlifting. In power lifting, poor technique will often allow you to lift more, but in Olympic weightlifting, the opposite is true. I tried to teach myself off of youtube videos and picked up a few bad habits, so unfortunately, finding a good coach seems pretty important (at least at first).

Anyway, I hope all this has at least addressed the basics of a style of weightlifting that seems mostly unknown in America. I have found that it has been a lot of fun to start learning the technique and seeing the functional strength gains. Bottom line, it’s all about lifting a bunch of weight over your head.

I see you’ve mentioned Vanessa here quite a bit. What about that girl who kicked your ass at wipers that one day?

Considering I’d only been doing Olympic lifting at our gym for a week when I wrote this post I don’t think I’d met you yet. Or even if I had, I definitely hadn’t yet worked up the courage for my foolhardy wiper challenge.

Also, I’m pretty sure you currently squat and clean more than I did when I wrote this post 😉