“The Western”: An American Mythology. 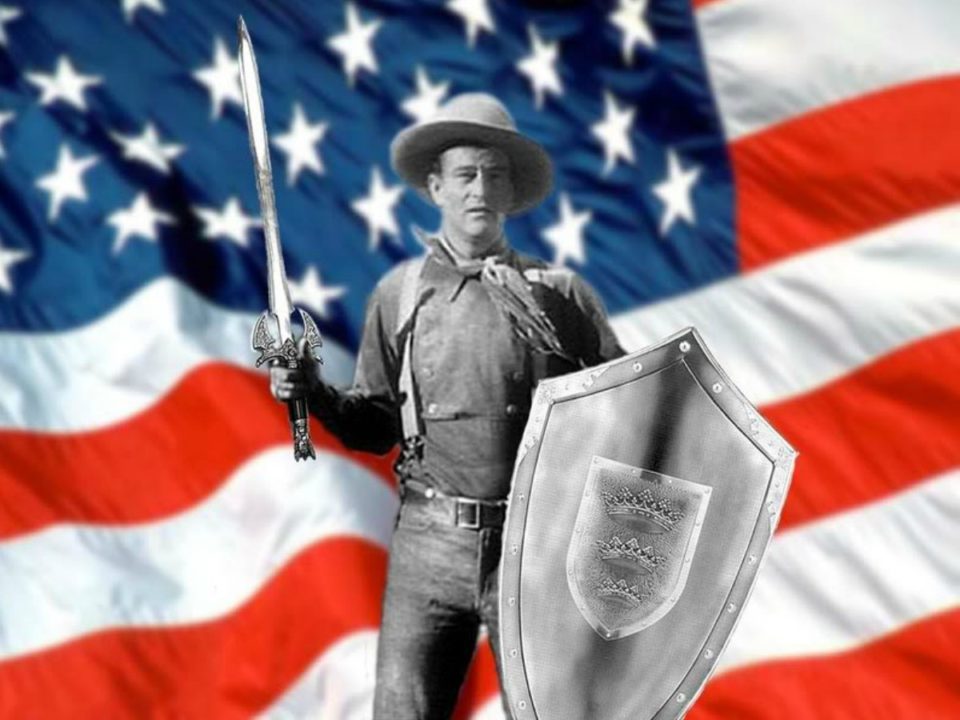 At not quite 250 years old, America is a new country. As is the case with all new nations, this relative youth brings with it a lack of a unifying ideology for its inhabitants. If a group of people are to organize themselves into a common society separate from the other existing societies around them, they must first have a sense of cultural identity. There is no easier way to achieve this than developing a unique folklore and mythology.

Mythology allows us to move beyond the realm of “America stands for freedom since we won our independence from England and the constitution says blah blah blah” and into the realm of understanding on an archetypal level. To be told what America stands for is one thing, to have a purely American mythology that is an integral part of being American is another. This is exactly what the “Western” is. The degree to which our Western myths, legends and folklore are apocryphal and a detailed description of their details will not be the focus of this post. Rather, I am more concerned with how “the Western” fits into the big picture of America on a cultural level.

Each culture’s mythological foundation says something about that culture. In America, a country founded on the idea of rebellion and affirmation of the self in an uneasy relationship with justice and Christian dogma, the Western is a natural fit. Every “Western” represents the duality of law vs. anarchy, east vs. west, good vs. evil and might vs. weakness. These are the things that define America to this day.

Our preconceived notions of freedom, laissez-faire capitalism and equality are constantly at odds with the realities of control, government and might making right. The Wild West is that magical half world between the barbarous extreme of anarchic lawlessness and the oppressive control of the big cities to “the east”. Might only makes right until it comes into conflict with the law (which in turn is not absolute). Honor and personal codes are no less important than the laws set forth by others. At the end of the day in “the West” things will often come down to two people standing in the middle of a deserted street in a contest decided by their wits and skill with a gun alone. Is there anything more American than that (despite all our talk of equality)? The Western’s (American’s) freedom is the freedom to excel to the limit of your abilities even at the expense of others. Is there any better way to describe capitalism?

The Western brings everything that is good and bad about America to terms with itself. It is the magic equilibrium point in which all things are in balance, the perfect ordering of the Dionysian and Apollonian. In the Western, all the myriad inconsistencies that are part of being American are brought together in one clean package and set right with each other.

Yet, as America has come to terms with its new status as dominating world power in the aftermath of World War II, this balance was disrupted. America no longer has to question itself; it knows it is right simply because no one can say otherwise. In this new world the Westerns have begun to fade away. The stories now involve the “East” with its fancy clothes and big cities winning. There are no more cowboys, and the heroes do not ride off into the sunset of new adventures, but rather oblivion.

All is not lost however. Even in these revisionist Westerns there is a certain longing for what once was. The passing of the West is not permanent, for the idea of the “Wild West”, that mythical time of heroes and evildoers, will not go away. Like it or not, the Western is an integral part of our cultural heritage as Americans. Germany has Siegfried, we have Wyatt Earp and Doc Holiday–not bad for only being in this business for a couple hundred years!

As a final thought I should add that mythology is one of the most powerful cultural unification devices available. Look at Germany during World War 2: through the skillful use of mythology, an entire nation supported the will of one man to launch a conquest of genocide and world domination. Could Hitler have risen to power without the concept of “the fatherland”? Drawing from the rich Germanic mythological heritage, Hitler was able to bend the whole country to his will with images of a return to past glory and great mythological heroes (check out the magnificent Triumph of the Will for a clear example of how he went about doing this). So, while I refuse to involve myself in anything political, you might want to lend a cautious ear next time you hear Bush say “let’s saddle up and smoke ’em out!”

As a final final thought, while a “Western” could be anything from a dime novel to a foreign film, some of the most polished examples are from American cinema. For anyone who doesn’t know a lot about Westerns, or doesn’t see much artistic potential in them, I’d urge you to check out some of John Ford and Howard Hawk’s westerns. Not only did they make the greatest Westerns ever made, their best work stands out as some of the greatest films of all time as well. My Darling Clementine from John Ford and Red River from Howard Hawks are just two examples of such essential cinema.