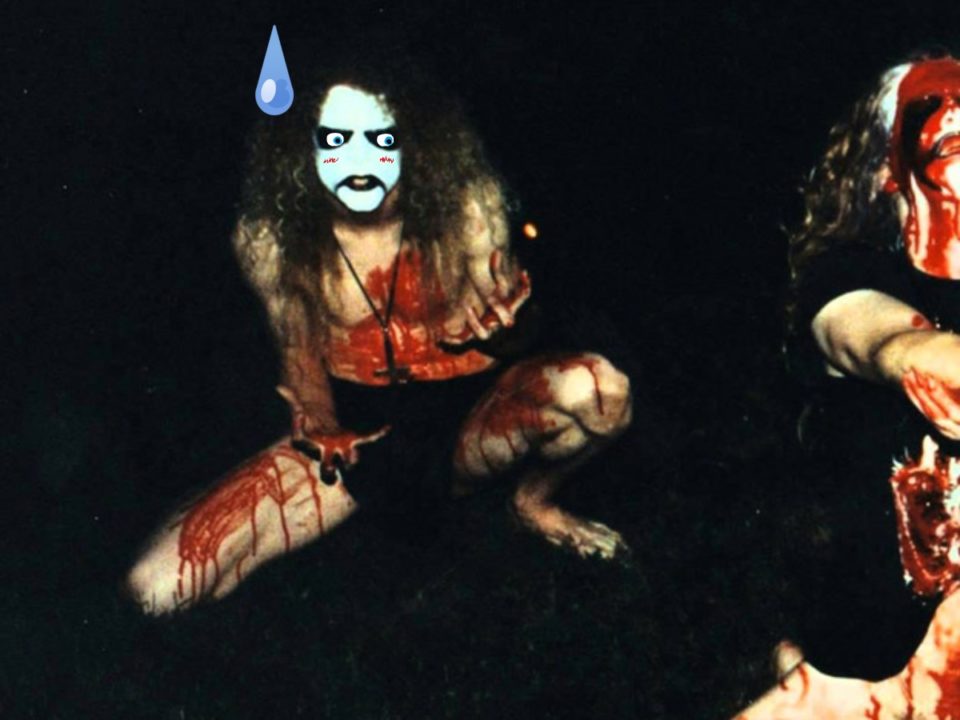 Black metal is a grim, hateful genre of music where misanthropy is celebrated above all else.  In that spirit, today’s post will examine those rarefied black metal bands who have committed to perpetrating that grimmest and most misanthropic of all acts: sending an unsolicited dick-pic to their entire fan-base.  Which, when I put it that way, I suppose I am now “paying forward” to my “fan-base,” so, trigger warning and all that…shit’s about to get grim and full of dongs after the break.

Why a whole post on black metal dick-pics?  Well, one, dicks are HILARIOUS (for certain definitions of HILARIOUS). And, two, there is something about the sight of a corpse-painted, blood-covered black metal nerd hanging dong while desperately trying to make it seem totally grim that makes the whole penis thing even MORE hilarious. Doth I explain too much? Mayhaps, but, if I can make just one blog reader sigh, shake their head, and think “godDAMN it black metal, wtf??” then I will have done my job.

The only real rule here is that the cock shot has to be the COVER photo.  If you don’t have the balls (pun intended) to display your own shlong on the cover of your album, then you don’t get props for this post.  So, despite stuff like that photo on the inside of Shitfucker’s Suck Cocks in Hell being rather spectacular: 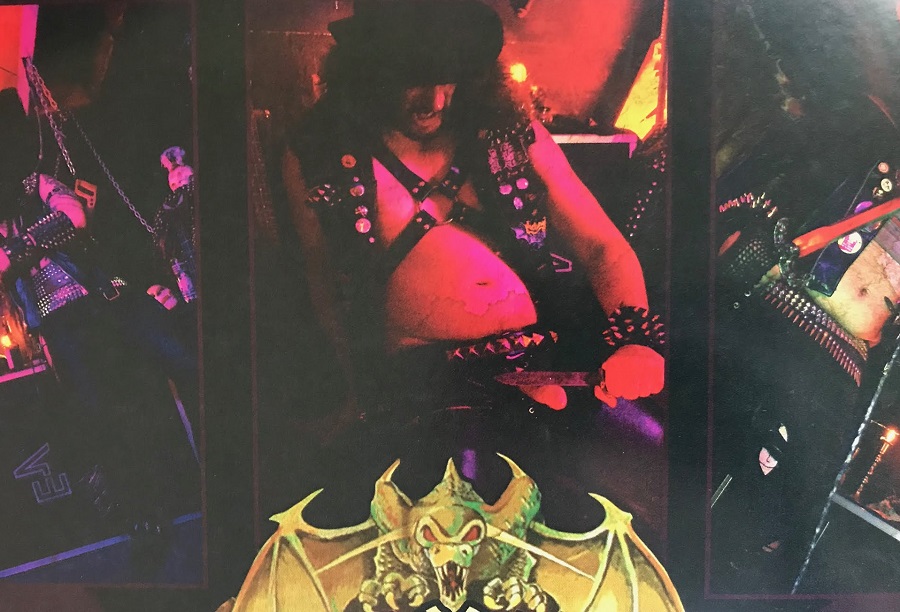 …it totally doesn’t count for this post as it wasn’t on the cover.

So, on to the list of the top 5 “best” examples of black metal bands hanging dong in the service of kvlt points:

First, no list of frontal nudity in black metal would be complete without at least mentioning the immortal Sabbat’s frontman Gezol’s nutsack.  He doesn’t make the list due to always stopping tantalizin–er–thankfully short of dropping cock, but that man’s balls are mushroom stamped ALL over Sabbat’s discography.  To see more of Gezol’s groidal area, check out my previous post devoted to the topic in painstaking detail… 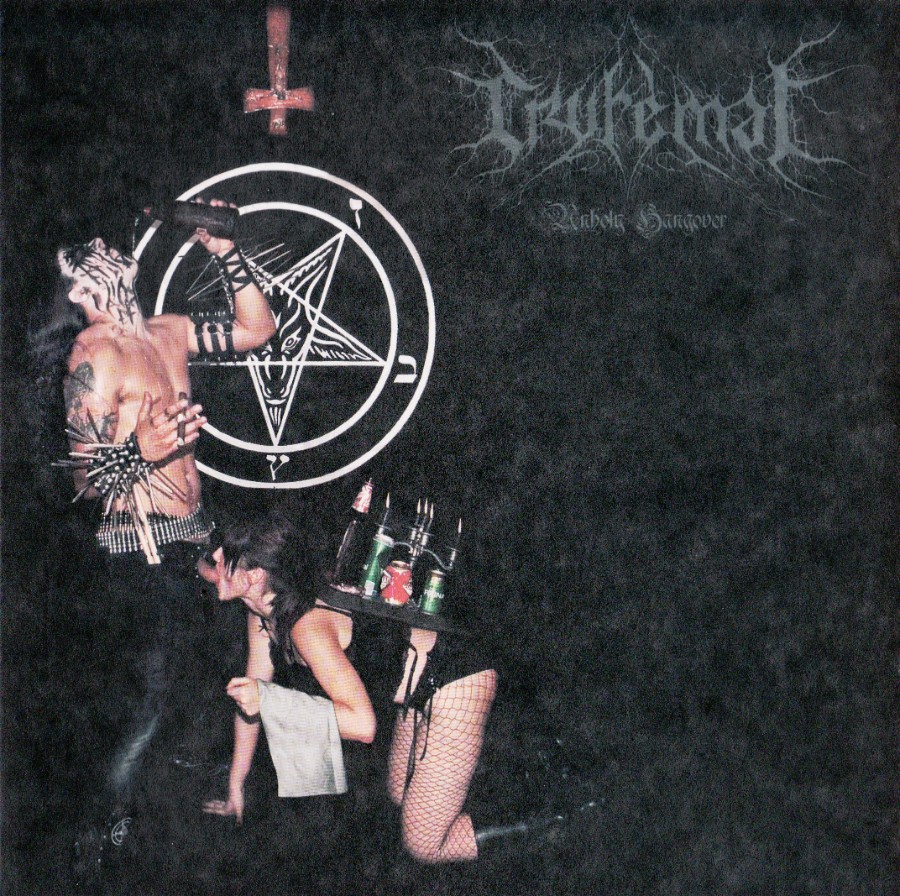 This picture manages a 5 spot due to the sheer audacity of the photo.  Yes, you only see where it starts and not where it ends. And, yes, this photo rates a shameful Smell the Glove on a scale of 1 to Master of Disguise in terms of sexIST imagery.  But, to be fair, there’s not much that is more metal than booze and ridiculously juvenile depictions of sex, so I guess they get a pass.  On the other hand, this picture has none of the awkward charm of the best black metal cover cock shots, so as it is basically just some asshole pretending to drink a beer (and missing his mouth) while getting his dick sucked, I’ll put this one at #5.

The song itself is pretty basic, but really isn’t half bad–I might even check out some more Cryfemal, so, who says sex doesn’t sell?

Nunslaughter – The Guts of Christ 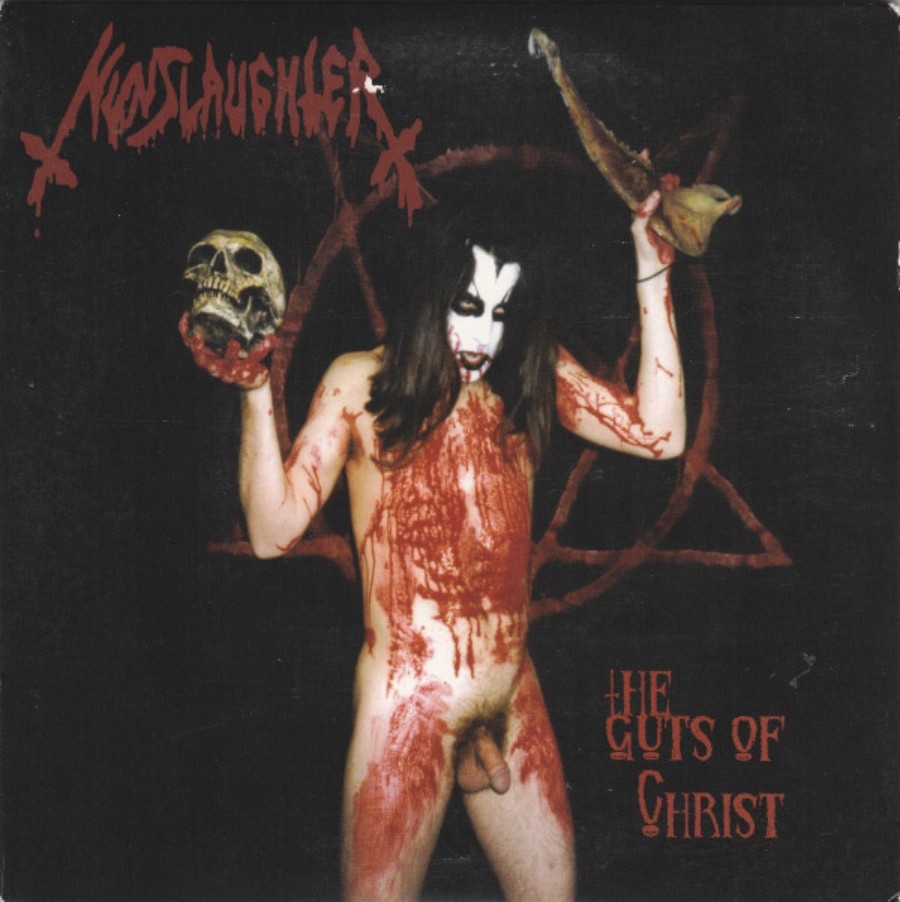 Props for going full dong in such a brazen manner–this Nunslaughter photo from a reissue of an early demo illustrates perfectly what is so great about a black metal cock shot.  Much like posing in “corpse-paint” while holding juvenile bone-props is a delicious combination of fucking ridiculous and maybe kind of cool, whipping your dick out and just standing there and pretending you don’t look nearly as awkward as you actually look is basically the perfect metaphor for the black metal aesthetic.  This would probably be rated higher, but he’s not really doing a great job of selling this one.  Take away the props and he’s basically just hanging his head and raising his arms as if to say: “here it is…meh?”

As for the music, despite them being all over the underground, I’ve never really listened to much Nunslaughter.  This early demo is fine, but it’s not exactly got me excited to hear more. 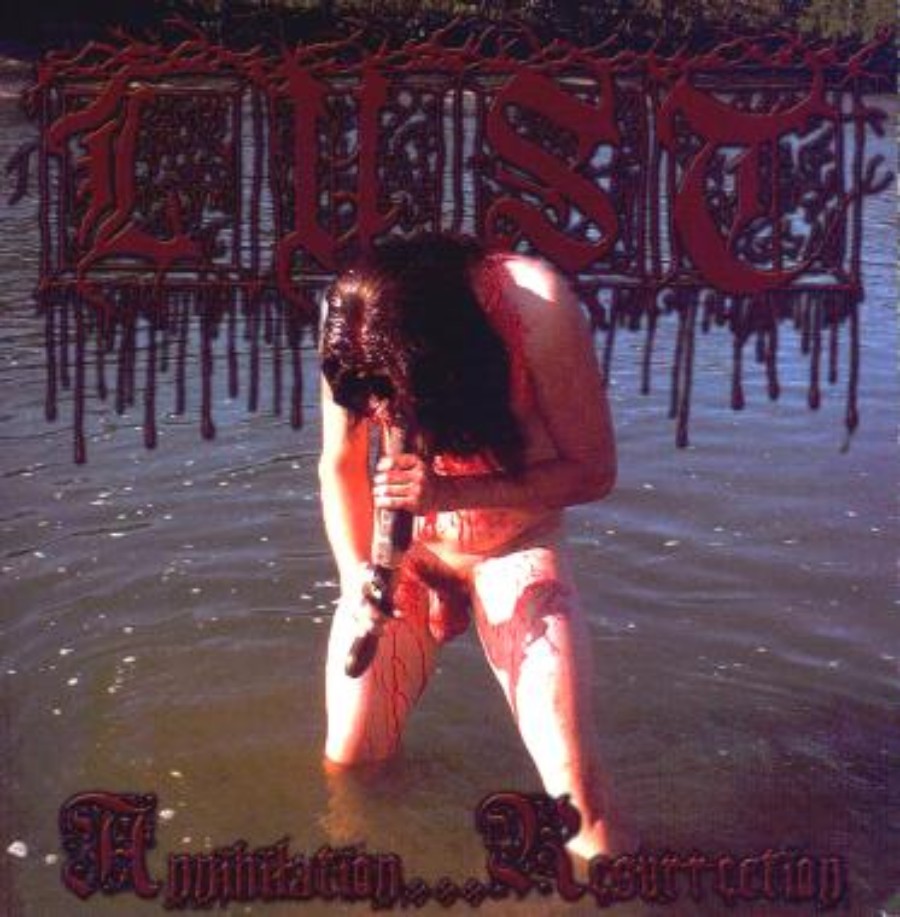 Talk about committing to your cover concept, there are few black metal covers more striking than this bloody, naked dude sucking on a super phallic shotgun in the middle of a lake.  Seriously, this is the kind of image that can not be forgotten once seen (apologies to those of you who have made it this far).  It loses a few points due to the hiding of the face, and the confusing shadow that makes it tough to tell if it’s a blurry flaccid dong, or the dude’s got an erection, but otherwise, THIS is how you do a cover cock-shot.

As for the music, word has it Lust has produced some good stuff.  This album, however, must not be one of their good ones as this just kind of sucks.

Profanatica – As Tears of Blood Stained the Altar of Christ 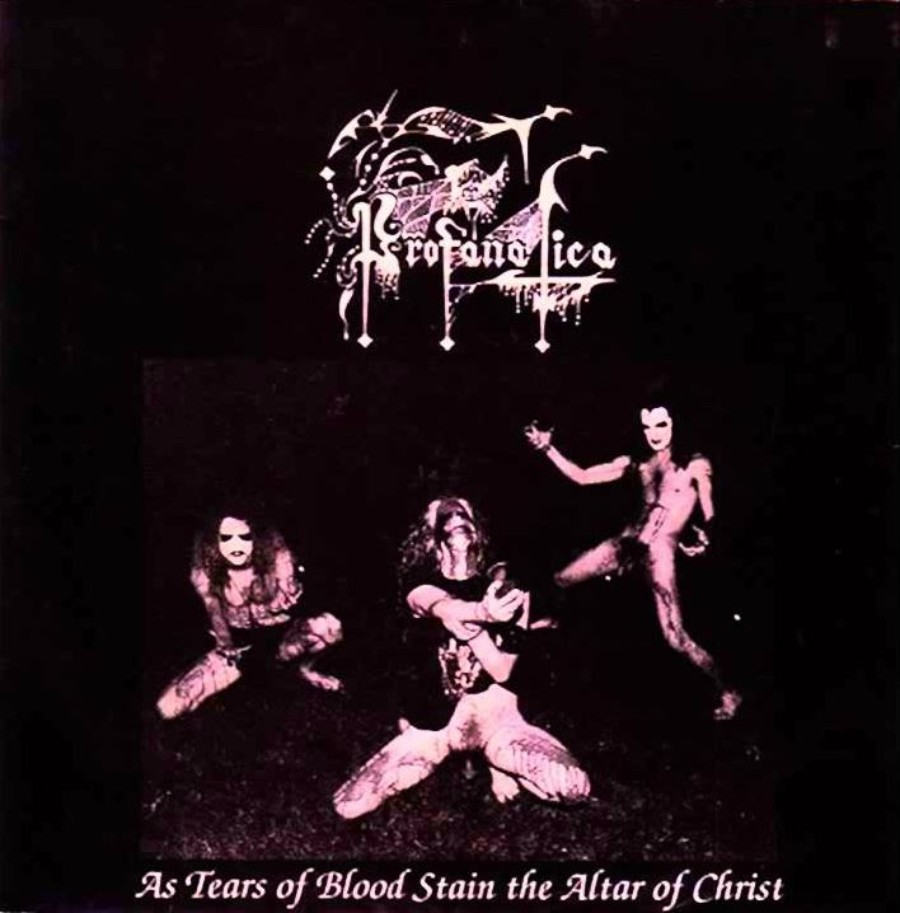 Profanatica needs no introduction, they’ve been dropping blasphemy on the American black metal scene longer than anyone except Goatlord.  And, this infamous cover has to be included on any list of all-time great examples of full frontal male nudity in the black metal scene.  I mean just look at that group of grown men, swinging their dicks around without even a thought to the homoerotic implications.  It’s almost enough to make you think that the pre-“Halford coming out” metal community was even possibly a bit progressive.  Probably not though, if I remember 90s metal fans well at all.  The one band member totally chickening out and not dropping trou knocks this out of first, as does the grainy transfer that hides most of the penile glory–but fear not, original photo here: 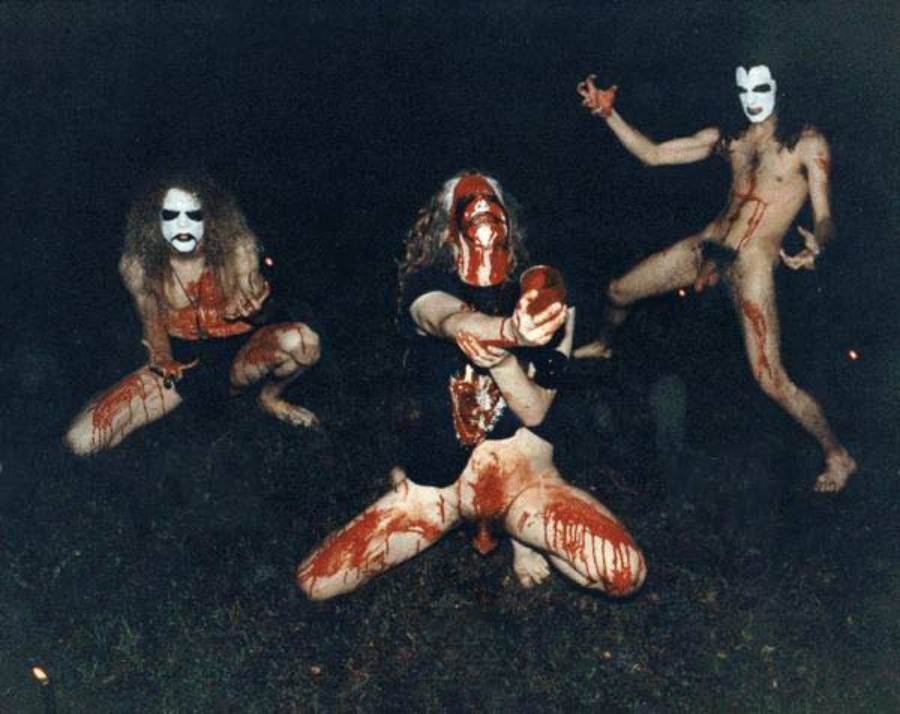 This EP kicks ass though–dripping almost as much evil as these dude’s dongs are dripping fake blood. 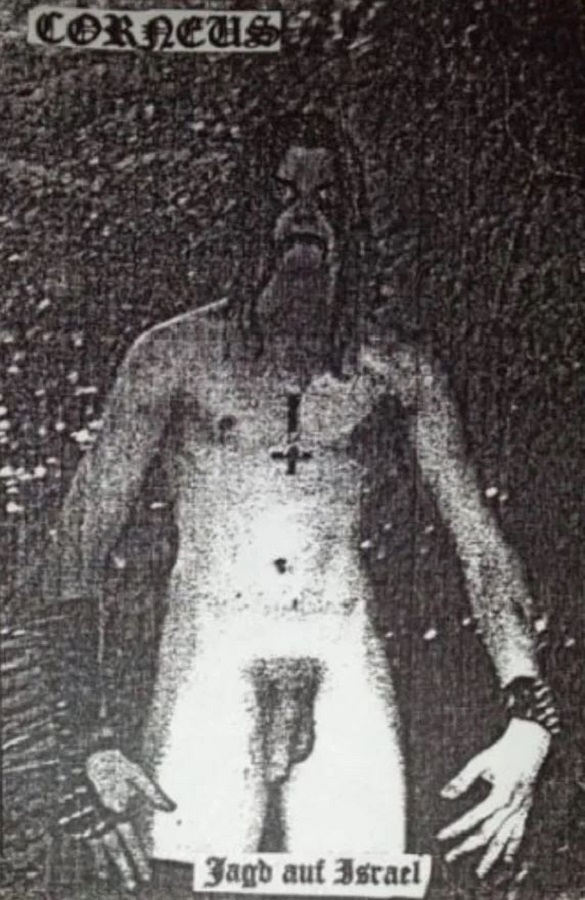 Is there a more charming photo in all of black metal than B.S.o.D.’s strung out, skinny ass standing there, DEADLY serious with his Grumpy-cat mouth, arms akimbo, trying so hard to look grim despite the fact that he didn’t even bother to pull his underwear all the way down (as evidenced by the full photo): 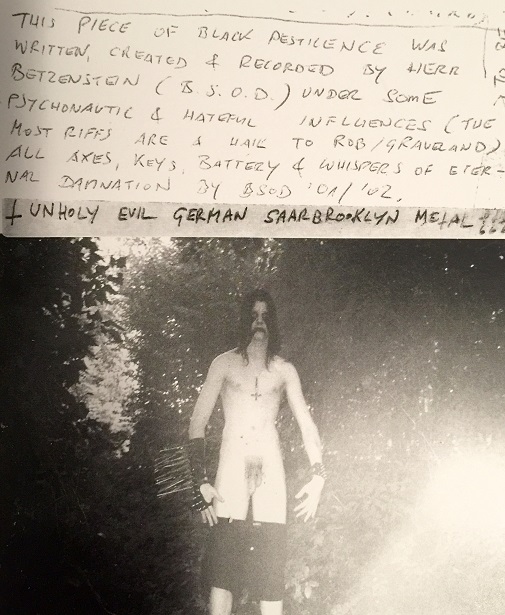 Again, this is black metal in a nutshell (nutsack?)  As a genre of music, it’s patently ridiculous, offensive, and juvenile…and yet…the COMPLETE seriousness with which black metal musicians approach their entire aesthetic almost manages to sell the whole “package.”  Opinions differ, but there is a certain earnest charm to black metal that can only be realized through fucking ridiculous cover photos like this one.

As for the music, Corneus is just a more overtly racist side project of Grausamkeit with the added dubious honor of having, hands down, the most laughable vocals (yes, those are vocals) in the entire black metal underground (and yes, that includes Fleurety). If you like Grausamkeit, and can stomach the vocals and the suspicious song titles (maybe they are just protesting the Palestinian occupation?) you are in for a treat with Corneus.

And finally, what would a post such as this be like without samples of each of these dong-hanging bands in convenient playlist form?

You had me laughing until you had to being Fleurety into this. Maybe you’re too much of a dick loving bitch to appreciate black metal vocals but fuck your shit.